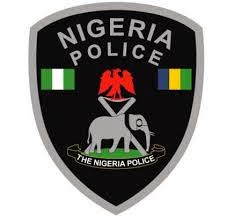 From the foregoing Your Excellency, the processes for the appointment of the next Inspector General of Police are not in dispute or constitutionally controversial. Other than the clear provisions of the Mother Law (1999 Constitution) above, conditions of service of members of the Nigeria Police Force including IGP, Mohammed Dahiru Abubakar are generally covered by the Public/Civil Service Act of the Federation 2004. A Police Officer, whether he or she is a Constable or an IGP, retires once he or she attains 60 years of age or serves 35 years in the NPF. In the case of IGP Mohammed Abubakar, according to the “2014 Staff List for Senior Police Officers: IGP-CSP”, IGP Mohammed D Abubakar with Service No. AP13001 hails from Gusau LGA of Zamfara State, Northwest Nigeria. He was born on 5th May 1958 (56 years) and joined the Nigeria Police Force on 30th July 1979 (35 years by July 30, 2014). He holds Diploma Certificate in Public Administration & Criminal Justice and will statutorily bow out of the NPF on 30th July 2014. By the provisions of the 1999 Constitution and the Public/Civil Service Act of the Federation 2004, his statutory retirement is sealed. Any post retirement extension or retention of his service as the country’s IGP is not only a gross violation of the Constitution and her relevant subsidiary provisions, but it is also legislatively impeachable.

We are aware of “bountiful” profile and image laundering campaigns on the pages of the Nigerian paper media by some “born before computer”(BBC) or “typewriter” senior police officers and their civilian politician/contractor-sponsors including those wanting post statutory retirement re-appointment. Some  of these “BBC” senior police officers are said to parade a basketful of university degrees while others are now “professors of election conduct security”. Years ago, the same “media PR” misled Your Excellency into appointing those indicted by post ethno-religious riots judicial commissions of inquiry into plum police jobs. Some misguided politicians from the north even used Boko Haram terror campaign to corner the IGP position, yet at the end, the Boko Haram butchery has become more devastating and menacing. Today, they are at it again trapping Your Excellency into committing impeachable offenses. Your Excellency must remember the oaths of allegiance and office quoted above. Public interest including the welfare and security of ordinary Nigerians and not “returning Your Excellency to office”, should take a center stage in this respect.

By Section 215 (2) of the Constitution, Your Excellency, in consultation with the Nigeria Police Council, is at lawful liberty to appoint any reasonable member of the Nigeria Police Force including an ACP or a DCP as the next Inspector General of Police. With all due respect to all serving DIGs, AIGs and a chunk number of over 90 serving CPs in the Nigeria Police Force, they are all “born before computer” or “typewriter” senior police officers. Their non ICT literacy, coupled with corruption, has been responsible for colossal failure of the Force in managing Nigeria’s internal security challenges including Islamic Boko Haram and Fulani violent sects’ violence and threats on Nigeria and Nigerians. Till date, official police business is still carried out on “paper, pen and file” in the NPF’s 6,651 field formations in the country. Also, till date, out of every five police officers in Nigeria, 4.5 of them are computer illiterates. These explain why the Force grossly lacks modern policing knowhow like preventive and protective policing skills and technology (electronic/machine policing and man-machine intelligence policing).

One of the fundamental yardsticks to be applied by Your Excellency and the Nigeria Police Council in the course of appointing the next Inspector General of Police is the use of ICT literacy test on prospective candidates. The IGPship candidates should also be extended to serving ACPs and DCPs. Of another importance is the need for Your Excellency and the Nigeria Police Council to adhere strictly to the provisions of Section 14 (3) of the Constitution (geopolitical balance or equity) in the course of the appointment of the next Inspector General of Police. Your Excellency is reminded that the immediate past IGP and the outgoing one are from the Northwest geopolitical zone of Jigawa and Zamfara States.
One of the first tasks before the next IGP is digitalization of the personnel and structures of the Nigeria Police Force. This involves computerization of the NPF activities and machineries and introduction of compulsory ICT programs for all serving police officers in Nigeria from Constable to IGP; ranging from hardware to software applications’ programs to advanced ICT programs. A situation whereby the NPF with a population of approximately 400,000 personnel or more, which is two times more than personnel of the Nigeria Army, Navy and Air Force put together; has continued to disappoint Nigeria and Nigerians by its woeful performance, despite collecting average of N300Billion or 30% of the country’s annual defense budget; will no longer be tolerated or condoned.