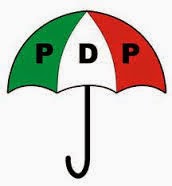 The United States AID agency (USAID) has contradicted PDP lies that the body conducted a poll on Osun August 9 election in which the PDP was favored to win.

In a desperate bid to create the impression that its candidate is popular, the PDP told a terrible lie, a couple of days ago that the United States agency had tipped PDP’s candidate, Iyiola Omisore, to win the election in a poll that by  the country’s international agency conducted.

But the PDP’s lie has been refuted yesterday by the Acting Public Affairs Officer of the US Consulate General, Lagos, Rhonda Watson, who said that “No USAID poll was taken in Osun”.

So from where did the PDP scoop its false story? “They are shameless liars who will implicate anybody at all costs through their lying addiction,” the APC said.

The APC had contacted the USAID to provide it with a copy of the findings of the PDP alleged poll for verification, to which the agency responded that no such poll was conducted.

The APC therefore described the PDP in Osun as a band of liars who cannot be trusted with the finances of the state.

According to the APC, the greatest weapon of a thief is an incredible ability to lie without scruples. If such people as PDP liars have access to the state treasury, they will loot it empty.

“Liars and thieves cannot replace Rauf Aregbesola,” the APC said adding that “the good people of Osun know that the PDP cannot win on August 9, because liars and looters form its core leadership".