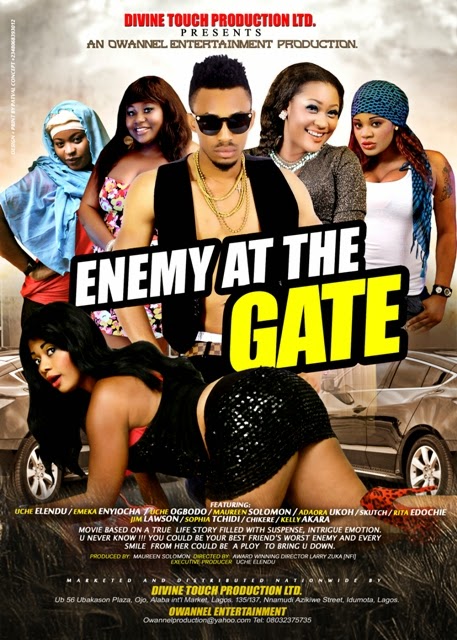 What everyone might not yet know about singer, Ugwa Uchechukwu Francis aka Skutch is that he is gradually rooting himself in the movie industry.


Skutch who has previously starred in other top Nollywood movies recently landed himself a number one role in a star-studded Nollywood movie which will be hitting the market.

Ugwa Uchechukwu Francis who is relishing the experience of becoming a top actor in the movie industry said it was a huge experience for him, calling it a dream comes true.

“I’ve had roles in movies but playing a lead role with the names is something I have always wanted to do. This is not the first I am playing a lead role in a movie, but this one is special and I believe this is how I want to be feeling throughout my stay in the movie industry”

The Ibonge crooner took out time to thank everyone who played a role in giving him the opportunity to show what he can do, pledging nothing but his best for the fans and everyone who has believed in him.

The movie ‘Enemy at the gate’ has Uche Elendu, Emeka Enyiocha, Uche Ogbodo, Adaora Uko, Rita Edochie, Jik Lawson and many more in it and Skutch who is popularly known as a singer says the movie will be showing the other side of him.

“My résumé has presently tells the world that I’m a singer but I don’t want to be rewriting my story with words. Action is the best way to do it.

Ibonge told everyone that I am a singer and this movie will also be an open statement on the movie side of me: he added.
Posted by PublicInformationProjects at 02:53