Article: Where Are The Abia State Truce-Minded Elders? 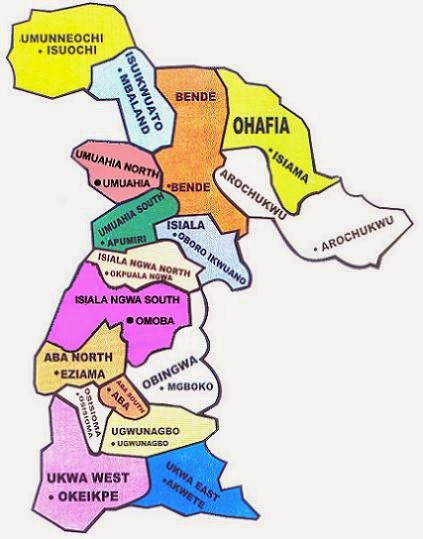 Since the publication of Unyielding Grip of a Despotic Inspired trinity in Abia, a piece that examined the state of affairs in the State in many print and digital media, an avalanche of variegated rejoinders has followed the write-up. Many consented to its content: few vilified it; lots of people commended it for raising several germane issues relating to actual happenings in the state while a few more that shared the states’ government sentiment disparaged it.


By way of reiteration, entrenched position taken therein - in the piece - reflect true situation of things in that State. And on no account is a diminution of content post-script being offered with this, for the degree of rot in the state were barely scratched to avoid being accused of playing the devils’ advocate. Even at this, methinks that it is unnecessary, figuratively speaking, to continue to cry over spilled milk because what has taken place in Abia has already happened. And these were done with strong sense of unbridled kleptomaniac gust and zeal while massive looting of states’ treasury ensconced by bad governance unknown in the history of the state since its creation 23 years ago is celebrated by few.

The task therefore, going forward is to ensure that the slithered fortunes of the state is reversed from total collapse by ensuring that an emergent sets of individuals who will be saddled with responsibility of leadership are not allowed to put their hands on the till, unchallenged,  as currently obtained in the state.

And no time offers the auspicious opportunity for this redemption than now with the build up to the 2015 polls around the corner. While it is foolhardy to suppose that the desired conscionable, pragmatic and qualified quality leaders with people-centric credentials, would be produced to contest for the different elective positions across various parts of the state for now, efforts should be directed by all genuinely concerned stakeholders in the state to ensure that credible potential individuals that possesses what it takes to take up responsibility at highest level do not exhibit tendencies that are unknown to such calling.

For what has occurred in the state, might appear trite, and have indeed been assumed to be so by many, the bitter truth, however, is that the sustained irreverent anti-people attitude, posturing’s and conduct, so brazenly feted and harped within Abia polity with its accompanying abridgement of the peoples’ right, unwittingly might be elevated into a quasi-political subculture that quickly will be embraced and foisted on the people, who stricken by years of states’ government stirred systemic welfare deprivation vulnerably will helplessly accept it as a way of life.

In this regard, Gods’ Own State, as its slogan, unabashedly proclaims must not be allowed to be turned into Devils’ Own State, for the indifference on the part of majority of Abians composed of some of the brightest and richest in the country, either out of deliberate abjurance or an apathetic resolve not to be involved in the affairs of the state for fear of being dealt with seemed to have emboldened the government of the day to continue in unrestrained impunity to derail the  states’ quest to be economically viable as well as atrophying the dogged match towards reclaiming its lost glory as Japan of Africa, which sadly, was lost many years back.

Has it not occurred to Abians that the states’ positioning in terms of alphabetical preeminent ranking in the country’s’ states listing as number one, even though, ordinarily it seem an inconsiderate happenstance cursorily amounting to nothing on face value, is actually inhered with deeper positive spiritual significant importance that should be leveraged upon to indeed situate it as frontline state in the country, not only in a thing but in many politico, socio-economic growth and development areas.

Unfazed therefore by the lingering tiff in the state that has pitched two powerful politicians and their acolytes over assortment of issues bordering on bad governance to the extent that huge resources that would have been invested in tackling pressing challenges in the state are now being dedicated to slugging it out, literally speaking, with one another on media and other fronts, a wiser counsel would have dictated that the states’ matured politically-sensitive stakeholders, who elected to call themselves elders, not on the basis of biological age, but on the trunk of longstanding active socio-economic and political involvement in affairs of the state, would have stepped in with a view to finding ways on how the feuding powerhouses would have resolved their differences amicably, on one hand, and on another hand, to, without taking sides, objectively review happenings in the state, using a less cumbersome contingent yardstick overview method of comparing the state with other states, development wise.

For by electing to seek less acrimonious ways to reconcile feuding parties, the elders would indeed prove that they are disinterested party with a heart of peace poised to end the festering misunderstanding, which negatively is impacting the state.

Undeniably, Abains, distracted by segment of its political class, who have continually engineered crises with the predetermined objective of scaring away patriotic and competent indigenes to stay away from partaking in political activities  because of its fastened acrimonious and thuggish character – note that this is common in the country - , which is to the benefit of these self-serving minority, have too soon forgotten that the state through the force of divine imprimatur has its name boldly recorded in three books of the Bible; 1st Chronicles, Chapter 3, Verse 10, Mathew, Chapter 1, Verse 7 and Luke, Chapter 1, Verse 5. Abia, therefore, is not any other state for its name being celebrated in the scriptures, shows clearly it has celestial endorsement as it is derived from descent of King Solomon, the father of all wisdom, and the richest man in his days. The import of this appears to have been lost by most Abians. What is being inferred is that a people with this unique spiritual genealogical bloodline should live it through, even if the earth crumbles!

It is in the light of this that the writer is canvassing for the prompt intervention of notable men and women in the state to play the patriotic role of enthroning peace in the state, irrespective of party affiliation, for Abia comes first before any political party. This truly has become crucial.

Abians like Elder Emmanuel Adaelu (one of the champions for the creation of Aba State); Commodore Okoh Ebitu Ukiwertd., (Former Niger State Administrator and Vice President during Babagida Regime); Rear Admiral Ndubuisi kalu (Former Lagos and Imo State Military  Administrator); General Ike Nwachukwu (one-time military governor, minister and Senator); General Azubuike Ihejirika (immediate past Chief of Army Staff); Prof. Ihechukwu Madubuike (one-time Minister of Health); Senator Adolphus Wabara (former Senate President); Chief Mao Ohuabunwa (former member, House of Representatives), etc., are some Abians sons, amongst many, that is being called upon to step up to the plate and assist restore peace in the state. There is no doubt that Abains, from all works of life, will be too content to serve as sounding board for this laudable bold move.