Article: Who Do The Ethno-Religious Irredentists, Jingoists In Nigeria Speak For? 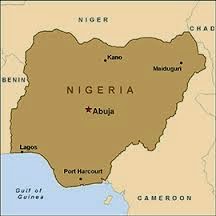 The constant refrain we keep hearing like a broken record from this voraciously greedy treasury looting ruling elite is that they are speaking for, making demands on behalf, or agitating for the interests of this or that region, this or that geo-political zone, this or that ethnic group, this or that state, and or this or that religion!


And as the contestations in the political space deepen towards the 2015 general elections, we shall hear a lot more about this profanities and untruths from these congenital liars, about how it is the turn of their people to rule, about how it is only fair that their people should get to continue in office etc.

But beyond the obvious platitudes and barefaced falsehoods embedded in their self-serving declarations, who do they really speak for? In whose interests have they governed all these years since independence? In whose interest really do they aspire to govern?

Let us take some examples to expose these carefully woven myths of representation. Let us begin with the North, simply because it is the region from which the most strident cry of marginalization and unfairness hasbeen promoted by shameless ruling elite in recent past.

How can any self-respecting, self-proclaimed leader of the North speak of injustice and unfairness concerning the fate of the teeming mass of Nigerians from the north? By October 1st 2014, the country will be celebrating 54 years of flag independence. More than 30 of those 54 years have seen persons of Northern origin at the helm of affairs of the country. Yet the North is still the poorest part of the country; yet the north is responsible for the overwhelming majority of the 10.5 million out of school children; yet it is largely because of the dire situation of Nigerian children from the north that we have both the Nomadic and Almajiri education systems, which by the way have not been adequately funded.

At the just concluded 2014 National Conference, there were those among the elites of the North who would reject modernization of the livelihood system of the nomad in the name of defending tradition and the cultural rights of their people. Yet their own children school abroad and in the most expensive private schools; and although they also own large herds of cattle, these are tended to, and escorted on foot across thousands of kilometers not by their own children, but by the less fortunate from among their people. If that way of life needed no modernization in order to improve productivity and ease the burden on the people, why are they not wandering the wilderness with the cattle? Why were they coming to Abuja for the conference and returning back home in chauffer driven state of the art vehicles as well as with flights? Shouldn’t their people, whose cultural rights they are so wont to defend also be entitled to such a life?

What about the middle belt leaders and elites? They have served in every government, and have even headed governments in the name of the North, yet they speak of the marginalisation of their people?

And yes, the south, the south-south, south-west, and the south-east! The South-South or the Niger Delta is the most marginalized part of the south; it is also the area with the most degraded environment in all of Nigeria. Yet with a Niger Delta presidency, the NDDC, the Niger Delta Ministry, and the Presidential amnesty program combined, along with state governments and state resources controlled by Niger Delta indigenes, the East-west road remains uncompleted after several decades, youth unemployment continues to rise, while environmental degradation continue to worsen with the environment witnessing crude oil spill for nearly half a decade now of more than 10,000 barrels per day.

It is true that the amnesty program and the post militancy period have seen the emergence of billionaires from among erstwhile militant generals and commanders, from among sponsors and protectors of the lucrative crude oil theft criminal business, and from among politicians cohering around Aso Rock and the various government houses in the Niger Delta; yet the misery of ordinary citizens have worsened. As for the amnesty program itself, it has turned out into an unsustainable bribing of 33,000 youths out of a very active, restive and desperately poor and alienated population of more than 2 million unemployed and unemployable youths in the Niger Delta.

If these leaders had indeed the interest of the Niger delta citizens at heart, why has no single inch of the Niger delta environment been cleaned up? Why is it that livelihood support systems and mechanisms are not proliferating across the Niger Delta? Why are these so-called leaders ‘chopping alone’. Acquiring numerous properties in Abuja and across the country to the detriment of the poor Niger Deltans?

These elites do not represent us even when they make demands in our name. The only interests they represent as can be seen are their own private selfish interests. And in order to get their hands on the pie of national wealth, in order to have access to loot our collective treasury, they invoke our pains, and dramatise our marginalization, a condition of existence which they have been quite complicit in imposing on us.

After all at least since 1999, and at every other time except perhaps under military rule, there has been no state or local government in Nigeria governed by non-indigenes; there has been no state that has not sat over and overseen the disbursement of resources totaling more than N1tn each since 1999. So what has happened to these budgetary and equally humongous extra-budgetary spendings? Where have the monies gone?

As the 2015 general elections approach therefore, and well beyond that general election, as these politrickians and treasury looters approach us seeking our votes and support, wiping up ethnic, religious and other sentiments; it is important that we understand that they are responsible for our present conditions; that what they accuse others of doing to us, they have willingly participated in ensuring that it happens. We should understand they are coming to us only because they need us as bargaining chips, and we should therefore be very vigilant and alert.

The most significant lesson taught by our collective history is that these ruling class is incapable of transforming our conditions of existence positively, that it is incapable of seeing beyond its greed, and that our fate ultimately lies in our own hands.

We can take our destiny back from them in the short term by ensuring that we properly scrutinize the parties and their candidates, voting only for those whose scale and scope of greed and deceit will not incinerate us. In the medium to long term however, our collective task is to build a powerful, popular, and nationwide mass political movement capable of successfully challenging these ruinous light fingered elite for power.

In the medium term such a movement can become an effective opposition in the period between the 2015 and 2019 general elections; in the long term, such a movement can effectively and successfully challenge the thieving ruling class for power in 2019, or be in a position to lead to victory such other popular outbursts of the masses that may occur as we saw during the January Uprising of 2012.

(Gaskia Is National Coordinator Of Protest To Power Movement & Co-Convener Of Say No Campaign)
Posted by PublicInformationProjects at 02:16