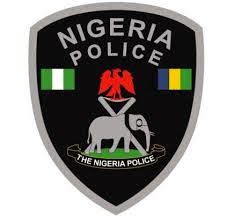 The geopolitical breakdown shows that out of the thirty-seven (37) newly promoted CPs, the Southwest zone tops the list with twelve (12), followed by the South/south with eight (8) and the North-central  with seven (7). The Southeast zone got four (4) CPs, followed by the Northwest and the Northeast zones with three (3) each. While the promotion exercise made an attempt to ensure a geopolitical spread, it is still observed that it is not done fairly and equitably. Our careful study of the background of the promotion exercise speaks volume of reversion to the status quo on the part of the PSC, which just picked a number of names as lopsidedly arranged by the former IGP, contained in the “NPF Senior Staff List for CSP-IGP” and got them promoted as new CPs both in acting and substantive capacities; without a recourse to fair geopolitical balancing.

For instance, the PSC just picked names of the benefiting senior police officers from the staff list under reference in the DCP category serially numbered from 16 to 50 and got them promoted. We have severally kicked against any promotion based on this type of arrangement because of the grossly lopsided arrangement of the names in the said list. Those exempted from the serially promoted names are DCPs Jackson O. Eko (No. 43) and Veronica Modupe Omofonma, who have gone on statutory retirement since 30th July 2014. CP Moses Jitobor (No.146) was also promoted much more ahead of others including a number of Southeast and Northeast serving DCPs direly needed to balance the gross geopolitical imbalance under contention.

The two geopolitical zones under reference remain the zones with least number of serving CPs and AIGs in the country till date. It is totally wrong to allocate twelve new CP slots to the Southwest zone and allocate mere four and three slots to Southeast and Northeast zones respectively. Till date, the Northwest zone still dominates other zones in the number of serving CPs and AIGs. The zone is followed by the North-central, South/south and Southwest zones. The zones of Southeast and Northeast have the least number of the serving senior police officers under reference. With the latest promotion exercise, there are only six serving CPs of the Southeast origin including one acting CP out of a total of about 110 serving CPs in the NPF. By geopolitical equity and fairness provided in the 1999 Constitution, the Southeast ought to be given at least fifteen (15) serving CPs out of about 110 in the NPF.

In our struggle to right the monumental wrong being complained of, it is no retreat, no surrender until a total victory is achieved. It has also come to our full knowledge that slots meant for some States in the Southeast particularly Anambra State during police cadet and non-cadet recruitment exercises are hijacked and filled with names from other geopolitical zones. In the 2010 police cadet recruitment exercise, for instance, twelve of such names meant for Anambra indigenes  were reportedly hijacked by scavengers from the South/south zone. It was also reported that at times, such slots are hijacked by some malicious individuals from the North and filled with names of Southeast bearing. Such names are later changed after being successfully recruited. Similar criminal and ethno-religious practices have been reported in other federal government policing and non-policing agencies.

Possible Extinction Of Southeast Judicial Slots: Similarly, it has been reported that the Southeast quotas in the federal judicial bodies are facing extinction. These bodies include the Federal High Court, the Federal Industrial Court, the Court of Appeal and the Supreme Court. It is observed correctly that in couple of years to come it will be very difficult to fill the Southeast slots in the Supreme and Appeal Courts. One of the Southeast States that is worse hit is Anambra State, which has reportedly maintained a steady decline in the number of its Judges and Justices sitting at the Apex and the Appellate Courts. Our findings showed that one of the causes of this is the practice of recommending old magistrates and judges to the National Judicial Council so as to be appointed State judges and judges of the Federal High Court. This makes their elevation to next judicial level very difficult because by the time such elevations come, they must have retired statutorily. The present Chief Judge of Anambra State is being accused as one of those involved in such unhealthy practice with respect to one of his reported recent recommendations to the NJC.

We not only demand full investigation and immediate reversal of such archaic practice but also call on all top public officers in the Southeast particularly the elected ones to look inward by ensuring that the Southeast slots in these respects are no longer hijacked, diverted or subverted. Our slots in all policing establishments in Nigeria must be reclaimed and filled at all times by our own people. Where there are personnel shortfalls from any Southeast State to fill its own slots, others from the rest of the zone should be made to fill such vacancies for the zone. Senior security officers from the Southeast zone must stop alienating themselves from the people and relevant social bodies of their zone, which include respected individuals and grassroots, based social groups and communities. They should also ensure that those slots meant for us are not hijacked and diverted by other zones.

Our Chief Judges should identify and recommend younger magistrates and judges with outstanding performance records to be made State and Federal judges by the NJC. In the case of Anambra State, more judges should be appointed so as to decongest the high volume of cases in the State. The State Judiciary should also be professionalized and sub-divided into “Criminal” and “Civil” High Court Divisions. The number of serving judges in the State, said to be 28, if true, is totally unacceptable considering the volume of undecided cases pending in various judicial divisions.