Article: Governor Okorocha And His Type Of Road Construction 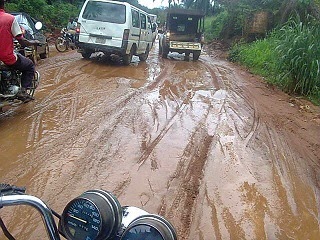 By Emperor Iwuala
Towards the end of the year 2011, some of my readers used to see me as a cynic of the Governor Rochas Okorocha’s administration. Then, I remember that some used to call me all sorts of names. They pleaded that we should allow the governor to continue with his style. Unfortunately, we headed. But I think today all prophesies that the man, Rochas Okorocha is a Nebuchadnezzar possibly sent to strangulate Imo State are gradually coming to fulfilment.


I am from Ife in Ezinihitte Mbaise L.G.A. of Imo State. The only major tarred road in my place has been the Aba Branch-Okpala Road. This road starts from the Aba Branch part of Ehime Mbano traversing Ahiazu, Aboh and Ezinihitte Mbaise local government areas before terminating at Okpala Junction axis of Owerri-Aba Road in Ngor-Okpala L.G.A. The importance of this road cannot be overemphasized especially for many people in Okigwe and Owerri zones of the state.

I remember that Ex Governor Evan Enwerem rehabilitated this road within the few months he was the governor of Imo State. During Ohakim’s regime, great reconstruction work also started from the Okpala axis up to some parts of Uvuru. Unfortunately, the construction was stopped by Governor Okorocha when he assumed office in 2011 and till the time of this write-up, no work has been done on it. The climax of it all is that presently motorists no longer ply the Old Eke Nguru-Group School Ezuhu Nguru axis of that road.

Ironically, instead of repairing this major road, what Governor Okorocha did was to asphalt a bye pass road of not more than two kilometres from the Old Eke-Nguru Market junction traversing the New Eke-Nguru Market through the Aboh Mbaise Sub-Treasury Road to Group School Ezuhu Nguru where the road links with the Aba-Branch-Okpala Road. This bye-pass took the Imo State Government three years to build. It was

However, the irony is that it is not up to six months now this small bye pass was alleged to have been completed by the government. But currently, the entire road is almost washed away by the rains. The climax is that the Sub Treasury axis of it and other parts of the road are now death traps to motorists.  The road has completely gone worse than it was before the so called asphalting.

In another development, the Okorocha Government claims to have spent over =N=3b on the newly created Umezurike Hospital Junction-Aba Road which traverses Odunze and Amigbo streets and Old Nekede Road in Owerri Municipality. This is the controversial road which was used to set Okorcha’s first deputy Sir Jude Agbaso up which led to his impeachment. Governor Okorocha demolished not less than 1000 buildings to construct this road. Today, many families who were displaced as a result of demolition of the houses therein are languishing. However, the road has been created and it is a desirable one indeed. This road is barely two kilometres long. But regrettably, the construction of this road has taken the Imo State Government more than three years and yet, it is not completed. The drama on that road is that one lane is completed, it is opened for motorists to use but before the other lane is done half way, the previous lane has completely broken down and vice versa.

For a very long time now, I have not written anything against the Okorocha Administration. We decided to keep mute to really see where the Ogboko-Ideato born governor was taking the state to. We decided to allow him to see whether the he will change for good.

However, I am provoked to do this write-up because if care is not taken, Imo State will sleep into the oblivion under the Okorocha administration. And posterity may not forgive us if we do not say anything now.

Interestingly, this piece is not all about roads that are bad or that the Imo State is doing poor quality jobs on our roads. But I am provoked because of the lies the Okorocha Government keep on feeding the unsuspecting public with concerning these roads. The government claims to have done more than 800 kilometres of roads within its three and half years in office. However, what the governor does is to get photographs of some areas that look fine and show the public in order to hoodwink people. If the governor claims that these roads are under construction, the scam may have a little colouration of truth. But these are roads the governor claims he has finished constructing and has added them to his score card. In his bid to deceive people the more, the governor also claims that he has finished all the roads in Imo State and is begging the Federal Government to allow him build federal roads; only that the federal government has refused him. Habba!

At the beginning of Governor Okorocha’s regime, in order to attract unmerited popularity, he told the whole world that there was too much money in Imo State. In order to make people believe his prepared scam, he cajoled many unsuspecting members of the public into using their personal funds to open up many roads in the state with lies that the government would reimburse them. The Governor perfected this scam by making sure that due process was not followed to formalize those contracts. Today, those contractors can tell better their fate in the hands of the so called ‘Commander of the Rescue Mission Government’ in Imo State.

I know that there are roads built by previous administrations in the state that are up to thirty years old and they are still good. I know that the road leading to Rochas compound in Ideato which the immediate past administration built for him when his mother died is more than six years old. That road is still good. The poser then is, if Okorocha’s roads go bad as they are being constructed, what will be the conditions of the roads after one year they are completed?

I have followed the man Rochas Okorocha’s style of administration critically since 2011. I have come to find out that he plays politics of deceit with whatever he thinks and does for the public. I have my facts and figures. But that will be a topic for another day.

Imo State is a highly sophisticated place and needs an honest man as its ruler. The mistake has been made but I am happy that the people still have another chance in 2015 to correct it.