Article: Weapons Of Mass Deception In The Church (Part 2) 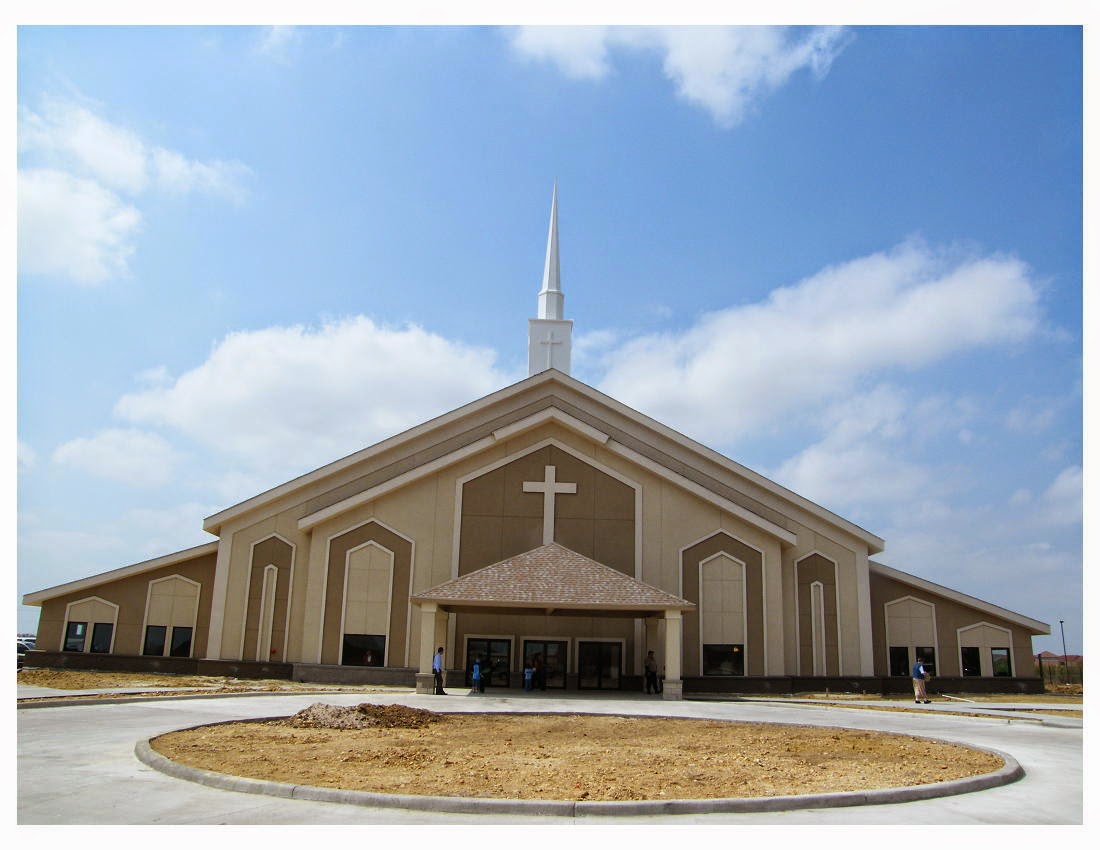 In the first part (http://bit.ly/1wIQaky), I started with introduction of the topic by examining how the Church has derailed and slipped from the glorious past to an unenviable position that it is today and I promised to start looking at the different weapons deployed in the mass deception and destruction of the Church by the leaders and the congregants alike.


As Christians, we must know that in foretelling signs for His second coming, Jesus Christ alluded to some of these things happening. So in the real sense, they are pointers to the fact the day of The Lord is near as predicted.

Matthew 24:11 "...and many false prophets will appear and deceive many people."

When Jesus Christ foretold the major trends that would precede His return to earth, the first sign He mentioned was religious imposters who would come in His name to deceive many. While we should expect false pastors, preachers and priests (subsequently, I shall mostly be using the word preacher) to abound in consonance with the signs of the end time, Jesus yet warned believers against them and their antics.

“...And Jesus answered and said unto them, Take heed that no man deceive you….” Matthew 24:4

In this piece, I shall be discussing the use of the word of God as contained in the Bible or the Holy Scripture as a WMD - Weapons Of Mass Deception In The Church as against the real spiritual armour that it is if appropriately applied.

What is the Word of God as contained in the Bible?

This is God's communication to mankind about Himself and how we can have a right relationship with Him. Although the the Bible was written progressively for over a millennium, it has always contained everything man needs to know about God in order to have a right relationship with Him. The Bible is meant to be truly the final authority for all matters of faith, religious practice and morals.

According to 2 Timothy 3:16 (New Living Translation), "All Scripture is inspired by God and is useful to teach us what is true and to make us realize what is wrong in our lives. It corrects us when we are wrong and teaches us to do what is right."

Christian are to study the scripture, obey it, fully trust it and apply it to their lives while priests and preachers in addition to these, are to preach it in truth, teach it to impact living right and to live it as example to the Christian community.

The Holy Scriptures is also the ‘sword of the Spirit’ (Eph 6:17) which is a spiritual weapon Apostle Paul tells the Ephesian Christians to put on as part of the “full armor of God” that will enable them to stand their ground against evil.

As we generally know that a sword is both an offensive and defensive weapon used by warriors. In this case, the Scripture is a Spiritual weapon that a Christian needs to overcome the devil.

For far too long, many preachers have deliberately or ignorantly and completely or partially misinterpreted, abused, misquoted and misrepresented some portions of the Bible in order to either put the congregants in psychological bondage so as to promote gullibility, exploitation and dogmatism or to just misinform, manipulate, fool, mislead, control, oppress, suppress, gag, dominate and indoctrinate them while in turn, the congregants go on to spread the false messages which they had believed to be true.

In some cases, the Scripture is willfully twisted, coined, adulterated and diluted to suit the people’s yearn for deceit or merely pleasing some interest groups.

It is disheartening that the Word which God had intended as both offensive and defensive weapon in the spiritual realm is now a WMD in the mouths and hands of the perverts.

Let us look at some of the misused and misquoted portions of the Scripture - kindly note that I can only cover just a few of them in this series but when I publish the full work, you'd be able to read more:

Thou Shall Not Judge
This very often quoted phrase is perhaps the most misquoted and the most potent weapon of mass deception in the Church. It is so commonly cited that some people even believe that it is one of the 10 commandments. Anyway, it is facetiously regarded as the 11th commandment by some Christians.

As soon as a believer speak out against a sinful act and then stand up for righteousness, he must expect to be erroneously bombarded with this quote by others, some of whom genuinely believe that they are not permitted to express their opinions on spiritual matters.

He must also be equally ready to be called a religious bigot, hatemonger, jealous folk, intolerant person and other ‘judgmental’ name calling that are intimidating Christians to be gagged in the face of increasingly untoward acts in the Christendom.

In his 2009 article in Christian Post, Greg Stier, a guest columnist wrote that “I think that many Christians and non Christians today have not only added this commandment to the original ten but replaced them with it. We live in a society that hates being judged and, unfortunately, more and more churches reflect the society’s anti-judgment sentimentalities.”

This phrase is extracted mostly from:

Matthew 7:1 “Do not judge, or you too will be judged. 2 For in the same way you judge others, you will be judged, and with the measure you use, it will be measured to you.

What is Jesus Christ instructing by asking us not to judge?

If not properly discerned, truly, the phrase can be confusing. On one hand, we are commanded by the Lord Jesus not to judge so as not to be judged too. On the other hand, the Bible also exhorts us to beware of the company of mockers, evildoers and false prophets and to avoid those who practice all kinds of evil. How then can we discern who these people are if we do not make some kind of judgment about them?

There is a righteous kind of judgment we are supposed to exercise—with careful discernment. John 7:24 (NIV) reads "Stop judging by mere appearances, but instead judge correctly." When Jesus told us not to judge, He was telling us not to judge hypocritically in a self-righteous holier-than-thou manner. “Why do you look at the speck of sawdust in your brother's eye and pay no attention to the plank in your own eye?” He was in essence warning against judging someone else for his sin when you yourself are sinning even worse. That is the kind of judging Jesus commanded us not to do.

If a believer sees another believer sinning, it is his Christian duty to lovingly and respectfully confront the person with his sin. This is not judging, but rather pointing out the truth in hope—and with the ultimate goal—of bringing repentance in the other person (James 5:20) and restoration to the fellowship. We are to speak the truth in love (Ephesians 4:15).

The judgement here is not expressing an informed position over a matter; the Bible encourages us to do so. Hence the following passages:

"The mouth of the righteous speaketh wisdom, and his tongue talketh of judgment." (Psa 37:30)
"Open thy mouth, judge righteously, and plead the cause of the poor and needy." (Prov 31:9)
“Beloved, do not believe every spirit, but test the spirits to see whether they are from God, for many false prophets have gone out into the world.” 1 John 4:1

Let’s play some mind games here. If God had expected us not to judge anything, why is this only invoked when an evil deed or a questionable act is queried and not when a good deed is commended. If judging is wrong, it would equally be wrong to express an opinion over a remarkable feat.

In these days when it is easy for every Tom, Dick and Harry to call themselves men of God and every Chinedu, Adamu and Bayo to call themselves born-again Christians, ‘thou shall not judge’ as a weapon is destroying and deceiving many in no small way. In recent times, I have heard and seen believers and nonbelievers alike quote this when:

a male preacher is caught red handed sexually abusing an underage female congregant
an unrepentant pastor is tried and found guilty of embezzling the church funds
a preacher humiliated, physically assaulted (slapped) a poor young girl and even condemned her to ‘go to hell’
congregant stole his employer’s fund to give to his Church as offering
a pastor openly preached a message of hatred, violence and intolerance
a Christian gang were caught on the camera staging a fake miracle
some Christians are caught in some underworld acts of trafficking drugs and money laundering
Someone built schools with the Church funds and made the fees unaffordable to most members without any subsidy in place

I am sorry, in all these cases, I have judged and I will continue to judge good from wrong.

In the next part, by God’s grace, I shall be discussing another Bible quote that is often misquoted: "Do not touch my anointed ones; do my prophets no harm." before I move to other WMD like contentious testimony, cult personality, prosperity preaching and false hope.....

Recommended:
Judge Not Lest Ye Be Judged!: http://www.johnandellenduncan.com/jd_judgenot.htm
The Fourth Most Dangerous Mistake Any Christian Can Make Is To Believe That We, As Christians, Are Not To Judge Anything or Anyone. - http://www.inplainsite.org/html/judge_not.html
Do not judge - Is that biblical? What does the Bible mean when it says we are not to judge others? - http://www.compellingtruth.org/do-not-judge.html