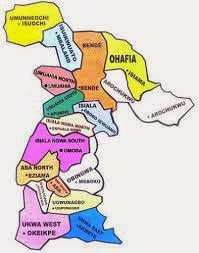 Believe it or not Abia State is passing through its roughest periods since it was created. Never have the people had it so bad. Life is gradually grinding to a halt. Nothing seems to be working any longer. The government, as well as social infrastructure, seems to be in a comatose state. Hunger, poverty, infrastructural decay, insecurity and disorder are the prevalent features in the state. A once virile and robust state has been pulled to its knees by the greed and avarice of a few persons who parade themselves as leaders of the state. The governor, Chief Theodore Orji, whose primary responsibility is to superintend over the affairs of the state and its people, has abandoned the day-day governance in preference to politics.


His major preoccupation now is politics, politics and politics. He does not think about the welfare of the suffering people of the state who have placed so much hope in him to redeem them from their endemic poverty and penury. Take a trip to the state and experience, firsthand, the chaos and despondency that are palpable everywhere you go. The people are deeply saddened by the developments and are waiting for an opportunity to vent their anger.

Why has Governor Orji abandoned the people to chase shadows in politics? Why has he left undone many of the things he promised to do for the people? Where has all the money he gets monthly from Abuja and other unnamed sources gone? Who will save Abia State from the impending cataclysm? Answers to these questions are all we need to underscore the level of degeneration to which the state has been brought.

It seems nobody is interested in what is happening in Abia State anymore. Why have the President and the security agencies turned deaf ears to the cries of the people to come to their aid? The only answer I can provide to this question is that the persons involved have been bamboozled by the governor with his tales of lies. I know he has been lying to them about the true positions of things in our state; which might account for their lethargy and insensitivity.

However, there is one truth President Jonathan should know: the way Abia State is going the people will vote in protest against the governor and whoever he is supporting. Let the President not forget that the governor does not possess any electoral value anymore. All he flaunts is his notoriety for falsehood and blackmail. Everybody in Abia State knows the governor is a featherweight when it comes to politics. What he uses at present are structures put in place by his predecessor. This is why up till this day the governor could not build his own structures.

I used to be a ward chairman in PDP and a village Head, and, therefore, conversant with Abia’s political environment. Whoever tells anybody that Governor Orji is capable of making Jonathan President in 2015 is simply deceiving himself. All the noise the governor makes is nauseating. After all, he knows the truth about his incapacity to help anybody win an election. As usual, all he banks on is to use gullible security agents, supported by his thugs and other miscreants, to trig the election. But how possible is it going to be this time is a question reasonable persons should ask. I have weighed the options available to the governor, including the current pulse of the people, and can boldly state that the governor will not be able to deliver Jonathan in Abia State under the present mood.

The people are disenchanted and disillusioned over the way the governor has treated them. They are frustrated over the inability of the governor to deliver to them fruitful dividends of democracy. All he has succeeded in giving to the people is hate and division. Nobody trusts one another anymore, while the various ethnic groups that make up the state live like cat and mouse. Is it under this condition that the President will be delivered?

There is no internal democracy in our great party (PDP) in the state. The governor and his son have hijacked the party they did not know how it was founded. They have intimidated everybody into total submission. Nobody dares raise his voice or he will be silenced by the terror-squads they have set up. The governor and his son do not care about rules and regulation. All they care about are their selfish interests and how to entrench their fiefdom in the state.

I am very familiar with the politics of Abia State and can state without any fear of contradiction that the people are angry and ready to vent their anger at the polls. At that time, it may become too late for the President and his advisers to do something. I saw the show of shame that took place two weeks ago in our state when our party was supposed to hold its primaries. There was nothing before, during or after the period scheduled for the primaries to hold that showed that anything happened in Abia State. The panel members were hijacked by the governor and his son and their cohorts and prevented from doing the assignment for which they were sent to the state. At the end of the day they retired at a popular hotel in the state capital to write the results.

I was shocked that such a disgraceful thing could be allowed to happen in a 21st Century Abia. And nobody has done anything to redeem the situation up till now. If what I have heard is true, that the party has accepted the doctored results submitted by the local government primaries panel, then Abia State is heading for the precipice. President Goodluck Jonathan may pretend he does not know about the atrocities committed by the governor and his son, but it will not be too long before the truth stirs him in the face. He may continue to be indifferent for all I care, but he will be jolted into reality when he loses election in Abia State.

We the youth of Abia State are tired of the handouts the governor and his son give us whenever they so please. We are mature, educated and enlightened people who can no longer allow ourselves to be manipulated by a bunch of political desperadoes. For how long will they use us as guinea pigs before they free us to search for a more lucrative future? We the youth have no future in the hands of the governor and his overbearing son. Some of the Ochendo Youth Empowerment Scheme vehicles they gave out to some youth have packed up, leaving them frustrated and dejected. We need a more sustainable means of livelihood different from the ad hoc arrangements we have in place at the moment.

For the avoidance of doubt, we have resolved to work together to stop anybody planning to rig the 2015 general elections in favour of anybody. We will defend our votes with the last drop of our blood. The time has passed when fear used to rule our lives. We are now more courageous to fight for our freedom, no matter what price we are made to pay. We can no longer fold our arms and watch our state raped by a band of conscienceless and thieving persons posing as the people’s Messiahs.

Very soon, if care is not taken, there will be an exodus of important personalities from PDP to other political parties. Many of those disenfranchised in the primaries of the party in the state may head elsewhere in search of franchise and liberty. This is one undeniable truth all of us should appreciate while Abia burns.
For now, let us fasten our seat belts and get ready for the crash of Abia Flight No. 2015 taking us to Hades.