Article: Africa, A Continent Of Prophets? 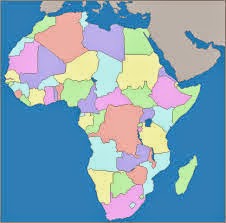 9 March 2014:  Live on Emmanuel TV the controversial Pentecostal “prophet” from Nigeria T.B. Joshua is working a miracle. In front of the usual audience of thousands of people in his Synagogue Church of All Nations (SCOAN) of Lagos, he discovers a young man in the audience – says Joshua – that was sent by Boko Haram to place a bomb in his church. Mustafa, as his name is called, falls on the ground and vomits something, while the prophet is over him, pushes him, and cries to Satan to come out of him. The man gets up, makes it a few meters towards the exit as if to escape, then falls. Joshua comes close to him and continues shouting. The scene repeats itself several times for many minutes until the exhausted man lifts up his hands and says that he feels better, that Satan left him. “He is free in the name of Jesus”, says the prophet. Loud contemporary music plays in the background for the event, with a play of lights of many great reflectors in the room. Quickly, the able assistants of T.B. Joshua take away the supposed Boko Haram member while the public applauds, singing praises to God who once again has worked through the “prophet”.

(Mario Giro is an Italian politician, trade-unionist and peace mediator who is the current State Secretary at the Ministry of Foreign Affairs and International Cooperation in Italy. He has  participated in several peace mediation missions across Africa, being recognized with the ‘Fondation Chirac Prize for Conflict Prevention’ for his extensive diplomatic work. He also serves as the ‘Head of International Relations’ for ‘Community of Sant'Egidio’, a Catholic movement spanning 70 countries known for its humanitarian work and peace initiatives.)
Posted by PublicInformationProjects at 01:48