Article: The Hunters, The Witches And The Nigerian Army 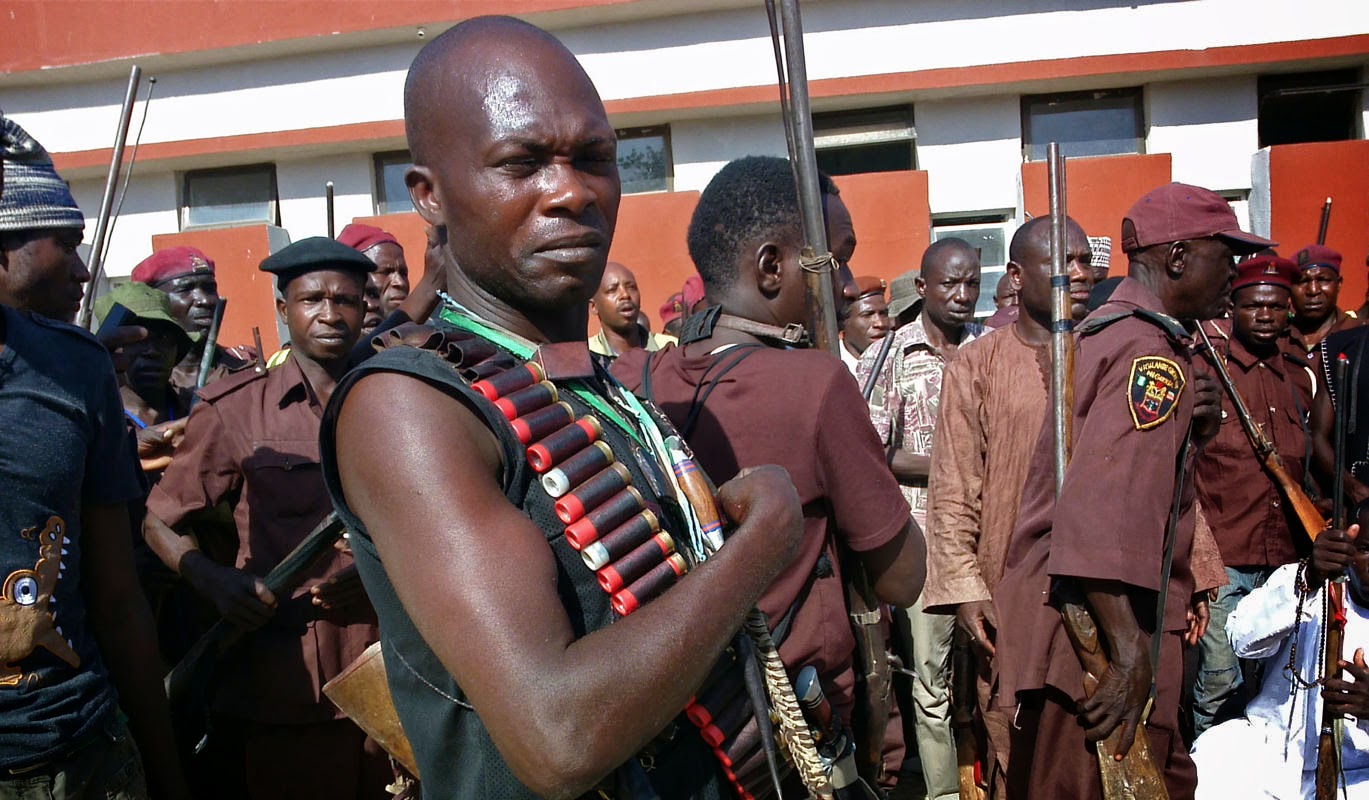 The Indians have a proverb that literally means, "Your future does not depend on the lines of your hands, because people who do not have hands also have a future". It means, it is better to do your work than to be superstitious and wait for the right time.


There's a touch of superstition that somehow, it’s all going to work out fine for Nigeria. Yet very little has changed in the system, we are still doing the same thing and expecting a different result. I may be an unrepentant critic but as always I believe that we are making some form of progress albeit it ridiculously slow and expectedly on a four steps backward and two forward ratio.

Today, Nigerians are still looking for Navy seals, any hope that we may get marines in any arm of our security apparatus. As the issues for contestation remain welfare, training, orientation, recruitment and corruption.

But now as aptly put by Adamu Adamu, our military is a picture of the "Long Distance runners of Gwoza, and I add Mubi...Our Navy seals in Nigeria remain poorly remunerated, not in any way empowered or protected. Its true that we are very quick to attack the army and other arms of our security but, there are so many unanswered questions.

When last did you visit a police barrack, or an army barrack, and then visit those high profile farms that belong to some thieving general or politicians.

I did a sample study of a barrack and its one police man to a pregnant wife, six children, several brothers and sisters all holed up in one room kids ranging from ages 6-15, four out of school because of school fees and you put same man with a gun and bullets without much of a training and ask him to get you Osama bin Nigeria. That is beside the fact that that barracks has had no light in 4 months.

In one of those reports commissioned by the last administration there was a suggestion that the uniforms of policemen be sewn without pockets, and how it would reduce the N20 syndrome. I laughed and laughed till I could no longer, as I wondered that maybe the new blue like uniform which is the preserve of senior officers may also help in them solving crimes.

The Nigerian security apparatus is underpaid, unmotivated because many a times all the money ends up in the ogas private account, so often, our case is like entrusting your vegetable leaves to a goat.

Our dark shade wearing DSS men are not spared, as very little has been made in terms of one major breakthrough case, rather it one month, one high profile drama.

When did you see a crime scene in Nigeria however every several kilometres become a crime scene and is cordoned because a government official is passing?

How many functional helicopters do the Nigerian Police or army possess, especially these days that they are all crashing in Adamawa state. What does the elite arm of the army or armed forces really do, when was the last time the DMI, NIA, or SSS brief Nigerians of a major achievement despite all the billions that go into these social bodies.

We have no conclusion into all the bombings, the boko haram dudes are boosting everywhere posting several gigabytes of video clips while many blacks in the country have no wifi facility, for first hand reports on criminal activities one has to trust an Isi Ewu and beer joint or the free newspaper readers parliament.

My friend had to comment on her facebook network some years back of palpable tension she went through because a policeman greeted her politely and wished her a blessed day. It was scary, as well as an anomaly.

In our beloved Nigeria, people join our seals as a way out of poverty, a means to an end, not because they really care about a job to be done. When a layman could anticipate trouble days ahead, just based on local grapevine and same occurs you begin to wonder what does the National Security Adviser do, and what does the IG do...arrest activists, or get all wired up over a case of two-fighting because of a girlfriend or spend time chasing tint car driving Nigerians.

Nigerians deserve better but are we collectively asking for better or simply expecting that it will turn out fine. Miracles aren’t magic. Our attitude of 'he is not my Son-in-law, but my daughter's husband' will not save us.

The fact does not change by saying it in a different way, we are not the worst in crime rate, nowhere near South Africa, or some European nations, but what is the value of the life of a Nigerian, and how much effort is the Jonathan administration willing to put to getting us a Nigerian Navy Seal unit, we can be proud of?

We cannot tolerate an army chief whose enclave is taken, and then he still sticks to his commission, we cannot keep up the tales of hunters killing 80 Boko Haram insurgents, but we have to keep the conversation, we have to keep the criticism positive and not go down on our oars till we get there, this is my admonishment, our security apparatus cannot be run by local vigilantes, hunters, witches and wizards, it is our responsibility to get value for the campaign promises of politicians in Nigerian...They promised security, let us demand it from them, or else we all will continue to die, one after the other, till when--Only time will tell.