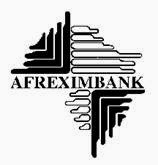 The African Export-Import Bank (Afreximbank) has announced a contribution of one million dollars to the effort to combat the outbreak of the Ebola virus disease in Africa.


Afreximbank President Jean-Louis Ekra announced the contribution during a one-day round table of the African Union with key African economic and business institutions which took place in Addis Ababa on 8 June.

The round table, which brought together the African Union, Afreximbank, the African Development Bank (AfDB) and the United Nations Economic Commission for Africa, among others, resulted in a decision to join forces and create and support a funding mechanism to deal with the Ebola outbreak and its consequences

The fund, to be established under the auspices of the AU Foundation through a facility managed by the AfDB, will boost efforts to equip, train and deploy African health workers to fight the disease.

In addition to its cash contribution, Afreximbank will also work with some of its key customers to encourage them to provide support services that aid the effort to tackle the Ebola crisis, stated Mr. Ekra. For instance, based on discussions already initiated by Afreximbank, a number of African airlines have agreed to provide free seats to health workers traveling to affected countries to participate in the anti-Ebola efforts.

The roundtable, co-convened the African Union Commission, the United Nations Economic Commission for Africa and, AfDB, had a target to raise US$30m in cash for immediate needs and to also generate “in-kind” donations, in the form of capabilities, services and assets.

The participants included leaders of multilateral development institutions, large Africa-owned corporations, multinational corporations operating in Africa, non-governmental organisations and government representatives as well as some members of the academia.

The round table resulted in cash pledges of more than $28.5 million into the fund for immediate disbursement.