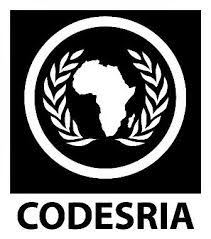 As CODESRIA members and friends are aware, the eruption of the Ebola Virus Disease (EVD) in some countries of West Africa has provoked a major health crisis in the region. Although the modes of transmission (direct physical contact with bodily fluids emanating from people who are suffering from the disease) are now well known, and the international response to the crisis is evolving, it still cannot be said that EVD has been brought under control and that the crisis will soon be over.


The World Health Organization has advised against drastic travel restrictions imposed by some governments on people from the most severely affected countries. Indeed, what ought to be stopped is the spread of the disease.

However, we have been receiving reports from colleagues who have had difficulties travelling back to their own countries after visiting or transiting through the airports of countries where there are confirmed cases of EVD. Many of our colleagues have also made us understand that they feel uncomfortable about the idea of participating in large international gatherings while EVD continues to be a phenomenon that has not been brought under control in the most affected countries.

After consulting extensively and debating the issue at length, the Executive Committee of CODESRIA has therefore decided to postpone the scientific conference of the 14th General Assembly of CODESRIA that was scheduled for December 2014, to June 2015. The decision to postpone the conference was motivated by a desire to minimize the risks associated with the holding of large international gatherings in the region at a time when the highly contagious EVD is still spreading and killing many people.

The Scientific Conference and the business session of the 14th General Assembly of CODESRIA will now both be held in Dakar between 8 and 13 June 2015 so please save the dates. Authors who abstracts were shortlisted will soon be informed about the results of the final selection process

We would like to take this opportunity to remind all individual and institutional members of CODESRIA that only members who are up-to-date with the payment of their membership fees are eligible and can participate in the election of members of the Executive Committee, and in the decision making processes of the business session of the General Assembly. We would therefore like to urge all members to pay their membership fees.

We look forward to seeing many of you in Dakar in June 2015.