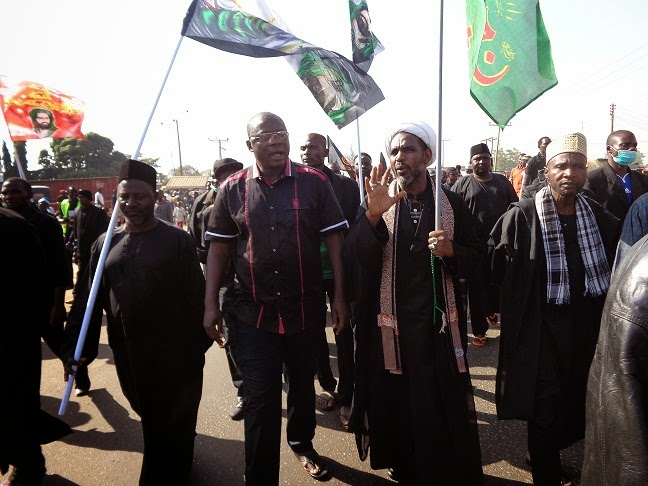 Like their counterparts in other parts of the world who pay their respect to the grandson of Prophet Muhammad (saw), Imam Hussain (as) in the holy city of Karbala, Nigerian Christians have also participated during the Arba’een symbolic trek as a mark of honour and solidarity with Imam Husain and the path he threaded.

Some Pastors from different church denomination from Kaduna have joined the trek, led by Pastor Yohanna Buru of the Evangelical Church and head of the Peace Revival and Reconciliation organization, and NGO.

“Why should I not trek in solidarity with the cause of Imam Husain, when is a struggle for justice and I as a Christian proclaim to champion the cause for justice, unity and religious tolerance? I should be hypocritical if don’t do that. We also want to experience the suffering of the handful of the Ahlul Bayt after the killing of Imam Husain in Karbala”, Pastor Buru stated.

Also commenting, Pastor Maxwell Sanda said, for genuine religious unity and tolerance we come to join the trek. We feel that unity should be pursued through physical participation in each other’s belief to a certain level”.

There were report of Christians’ participation from Katsina, while some of them accommodated the trekkers in their homes, with excellent hospitality as their contribution to the trek. One Christian lady was reported to have confessed that, with the commitment demonstrated by the trekkers she believed it was God at work to send down divine message for the salvation of humanity.

Leader of the Islamic Movement in Nigeria, His Eminence Sheikh Ibraheem Zakzaky had earlier commended effort of Pastor Yohanna Buru whom he said had set a good example in the cause of genuine religious tolerance and peaceful co-existence.

“The effort will pull away the imaginary boundary created, through false narrations of each other’s beliefs”, said Sheikh Zakzaky.

Nigerian Christians participate in other events conducted by the Islamic Movement in Nigeria such Ashura Maulud, etc.
Posted by PublicInformationProjects at 02:49