An Anglican cleric, the Venerable Ferdinand Mbalisi has said that it was the prayers of Christians all over the world that vindicated the impeached former Deputy Governor of Imo State, Sir Jude Agbaso of allegedly collecting =N=458 million bribe from an Imo State Contractor.

The cleric said this during the baptism and dedication service of the daughter of the former Chief Press Secretary to the Imo State Deputy Governor, little Miss Ihuoma Emperor-Iwuala at the Emmanuel (Anglican) Church Ihitaoha Urrata in the Owerri North L.G.A. of Imo State.

Venerable Mbalisi who is the vicar of the church, remarked that because of the level of corruption among leaders in Nigeria, it was a big concern to the church when Sir Agbaso was accused of collecting =N=458 million bribe from a government contractor early last year which subsequently led to his impeachment.

‘When we first heard that you (Jude Agbaso) collected bribe from a government contractor, we asked questions from people who are close to you. They told us that you were not the type that could do such a thing. We were worried. We prayed for the truth to come to lime light. We are happy today that God answered our prayers. It was God that cleared you of the scam not EFCC’.

However, the cleric said that the whole episode happened for a divine purpose which he said, might be a way God wanted to keep Sir Agbaso away from an unforeseen damnation and prayed God to elevate the Emekuku-born business magnate to a greater height.

Speaking earlier at the occasion, Sir Agbaso who read the second bible reading at the church service noted that the bible study during the service titled the ‘Importance of Leadership’ was very apt to his case. He however remarked that his case was one of the very rare recorded cases where a Nigerian leader was given a clean slate by an anti-graft commission and thanked God for absolving him of the scandal.

In a press interview at the end of the occasion, the former Chief Press Secretary to the Imo State Deputy Governor, Barr. Emperor Iwuala thanked God for the gift of another baby and the success of the occasion. He however remarked that his earlier campaign that Sir Agbaso was framed up and maliciously impeached by the Imo state Government had also vindicated him.

Posted by PublicInformationProjects at 10:33 No comments:

Article: Programme Of Action For The Nigeria National Conference 2014 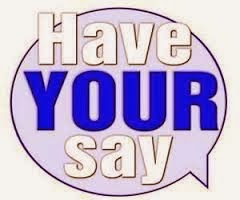 While i do not intend to enter into any direct debate with any one single critic and or critique of engagement in this piece, i however intend to provide some more clarity on my position, and on the positioning of others with whom we made the declaration of engagement.

So i will here engage with the general trend of the body of critique, not with individual critics! The first issue for me is that of whether this particular National Conference process is a distraction or is an opportunity as some of believe and assert. This is the primary issue for me, because it goes to the heart of the debate, it is a strategic issue at least for those who wish to engage in a frank but also genuine debate, and not for those who think they have particular axes to grind with particular individuals.

The first thing to state very clearly is that it is both a distraction as well as an opportunity. How is this so? For the presidency for instance, it is an attempt to distract popular attention from a failing and failed presidency, as well as from the problems and rapidly declining fortunes of the once very dominant ruling party. But it also represents an opportunity to reclaim some popular support and good will, by seeming acceding to the long standing demands of the popular movements.

For ordinary Nigerians, the ordinary citizens, and their organisations, who since the January Uprising of 2012 have achieved an altered balance of class forces, not yet completely in their favour, but so much so that it can at least no longer be business as usual for some time to come; the National Conference becomes a distraction if we stand aloof from it, and allow that space to be occupied and dominated exclusively by the representatives of the factitious light fingered ruling class, whether they go by the appellation of 'ConservaThieves' or 'ProgressThieves'.

It becomes an opportunity however if these organised popular forces, intrude on this space, seize the space, and impose their demands and their aspirations on the National Conference as a process.

Furthermore, let there be no doubts about it; the National Conference is not a gift from a benevolent ruling class or presidency, neither was it willingly given; it is a concession wrested from the hands of a ruling class that is now witnessing n internal crisis of existential proportions, a ruling class whose antagonistic competitive drive towards treasury looting and primitive accumulation of wealth is now precipitating an implosion.

And because this concession was wrested out on the eve of a general election is actually much more an indication of the weakness of the ruling class, than of its strength. It is a measure of its internal crisis.

The treasury looting ruling class is in the throes of self immolation, a crisis that is shifting the balance of power within the ruling class, while also generally temporarily accelerating the general weakness of the class rule.

It is because of all of these reasons and factors that the National Conference represents an opportunity, rather than a distraction.

Nevertheless, let us also take a quick look at history, the history of national and or similar conferences. Every National Conference that has eventually declared itself sovereign; were called by weakening and weakened regimes, who were making concessions to the mass movement. And as the crisis in society, within, and between the main classes deepened in the course of the conference deliberations, the balance of power between the social forces became altered enough for the conference to declare its sovereignty, and goes ahead to assert its autonomy from the government of the day.

This was the case with the National Conferences in Benin Republic, as well as in DRC, formerly  Zaire - which by the way had to be dispersed by the force of arms.

Our contention is that the balance of power between contending social forces was significantly altered by the January Uprising; and that is why we have witnessed heightened levels of popular awareness and increased popular consciousness, and spikes in acts of protests and successful workers' strikes since the January Uprising.

This altered balance of power within and between contending social forces manifests in a weakened presidency and declining ruling party, the rise of an opposition that is still weak with respect to its internal structures and cohesion; the rise in confidence levels of ordinary citizens and workers in challenging the excesses of the system; and the general atmosphere of popular disaffection and dissent.

It is this altered balance of power that renders this National Conference an opportunity for a Robust, Sceptical, and Critical engagement with the process in order to influence its outcome while also ensuring that we build a mass movement that is sufficiently strong enough to run with the popular issues that will be raised at the conference, and that will be strong enough to dictate the agenda for the 2015 General Election.

So what is our program of action to engage with the National Conference: Raise the banner of all our historic popular demands on the floor of the conference; Contest every anti-people issue with the ruling class; insist on a Social Charter that will be based on a comprehensive listing of the entire body of Human Rights; civil, political, economic, and socio-cultural, in the same chapter of the constitution; and the justiceability and enforceability of every human right.

This is our minimum transitional demand to the conference; in addition to which we add the nonnegotiable requirement that the outcome of the conference can be validated only through a general referendum of eligible Nigerian citizens, who are registered to vote in any normal general election.

Let there be no doubts about it, all fractions of the ruling class, including the APC will eventually take part in this National Conference, because they understand that no political space can be left uncontested. Part of our goal is to ensure that this time around when Nigeria is being discussed, unlike at all the previous times since the 1914 amalgamation, ordinary Nigerians will be part of this discussions, not just merely the objects of the discussions.

Finally it is preposterous and indeed smirks of insincerity to promote and actively engage with the APC, the current Labour Party or APGA who are mere appendages of the presidency and the rump PDP; while insisting that a robust, critical, and sceptical engagement with the National Conference amounts to some sort of betrayal. The National Conference is a contested space, one that will be contested not just by political parties and politicians, but also by citizens' organisations and their activist leaderships.