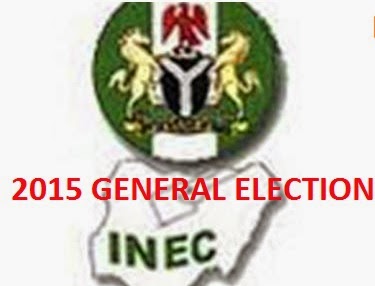 Our political parties, like the politicians that have created them are strange animals. From the very beginning I haven’t had any faith in any of the current political parties or currently dominant politicians with respect to the possession of any degree of capability, much less capacity to transform positively, I  a conscious manner, the condition of our country and her citizens.

And events since the emergence and ongoing consolidation of the opposition APC on the one hand; as well as the implosion and ongoing disintegration of the ruling PDP on the other hand have only combined to reinforce my conviction that we are still a long way from national salvation.

Nothing exemplifies the lack of any fundamental programmatic purpose of the parties other than to grab or retain power than the relationship of the parties to their purported manifestoes, as well as the absence less than four weeks to the general elections of any concise, documented, known and accessible electoral platforms of the candidates in general, and the presidential candidates in particular.

Let us examine the parties and their manifestoes. Of recent the Centre For Democracy and Development [CDD] has been organising debates between the two main parties [PDP & APC] on topical issues including the pillars of the economy.

I had honored the invitation to participate in those processes fully convinced that none of the political parties have clear cut party, as opposed to the individual positions of politicians, on any national issue.

Alas, the process of the debates merely confirmed what I already deduced and knew. For instance there was a debate on the Oil & Gas sector, and the PIB as well as the refineries and importation of refined products came up as hot issues. What was the response of the party representatives? The PDP rep accused the opposition of being responsible for the none passage of the PIB; while the APC rep refuted this by stating that at that time the opposition parties were still scattered in three parties and did not have enough numbers to have out voted the PDP.

This was true, nevertheless the real issue has been that all through the PIB process the parties had no party positions on the PIB that party members in the NASS were supposed to follow. Instead the divisions that stalled the PIB was rather geo-political with legislators divided on a North-South line and across party lines. Throughout the several years of the debate on the PIB at the NASS, there was no party position, and if there was, it was muffled and not amplified. The opposition did not come up with any opposition sponsored amendments or alternative PIB.

This situation was again played out during the CDD organized debates recently. For instance only the APC rep quoted from their party manifesto, and only after being forced to so do as a result of questions requesting to know the position in party manifestoes on the issues.

Now this whole situation exemplifies one of the fundamental inadequacies of the party process in Nigeria. The manifestoes of the parties have been produced because it is a legal requirement, and these have actually been put together by select and or technical committees of the parties.

So as it is, we are being forced into a context where we are going into a general election with parties whose manifestoes are neither a reflection of the thinking and action of the party, nor does it represent the party consensus on issues.

To worsen the situation we are fated with an opposition party with a real chance of winning the general elections, the content of whose manifesto is unknown to the generality of electorates, and that barely three weeks to the elections is yet to prepare, much less release for public debate any proposed policy frameworks on any of the major issues and challenges facing the country.

This is why it is upto us to force the parties to debate issues, to force them produce policy proposals and to force them to make commitments that we can subsequently hold them to account on.

But more importantly, after this general elections the greater work we have to undertake is the task of reforming the party structure and party process in Nigeria. We have focused for far too long on reform of the electoral process and institutions without looking at the parties.

And in this process of party reforms activists and active citizens must be prepared to play much more than a sideline role. It is incumbent on us to work together towards establishing a model party, that can become a game changer, significant enough to force and compel reform of the party process in general.

Along with holding the next government to account, this task of facilitating the establishment and evolution of a model party, fit enough to undertake the task of National Liberation and Social Emancipation of our country and people, is our post-election duty.

It is our Country Let Us work towards taking it back.

(JayeGaskia is National Coordinator of Protest To Power Movement [P2PM], and Co-convener of Say No Campaign [SNC]).