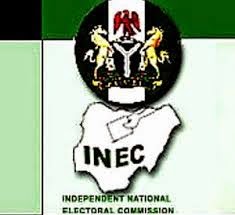 Let me begin by stating very clearly my intention in writing this piece. And I will confess to having to struggle very intensely with myself before deciding not only to put pen to paper, but to also make the outcome public.
I had toyed with the idea of writing this now, but waiting until after the aftermath of the upcoming general elections to publish it as a post mortem of the elections. In that sense therefore this piece may qualify as ‘Post mortem’ of an election that is yet to be held.


I am neither a soothsayer nor a prophet, and I am thus neither prophesying nor making a prediction. My aim here is quite simple, or at least ought to be quite simple. I aim to try to trace, map, analyse and understand the current situation of the parties vis-à-vis there defective role in our defective democracy as purely platforms to grab power, and power without responsibility.

That said it is important that at this point in time, and before going any further, that I enter a sorely needed disclaimer. I am neither an admirer nor a sympathizer of the political parties and the politicians of the fourth republic. In point of fact I have been consistently antagonistically critical of these treasury looting ruling class and the political platforms that they have put together to effect their collective pillage of our commonwealth.

In other climes, where politics and politicking is more rational, where the ruling class secures its hegemony through rule based constant renegotiating of ruling class consensus, such an exercise as I am about to undertake would be normal, even expected. But alas in a context where there is no settled ruling class consensus, where the ‘divide and rule’ strategy most utilized by the ruling class is competitive and mutually exclusive and antagonistic mobilization of the primordial sentiments of ethnicity and religion, this exercise becomes delicate and almost a suicidal act.

Nevertheless, it is an exercise that I believe is important to undertake. So where do we start from? Let us proceed by first looking at the nature of the political parties, and the political party formation and consolidation process of the fourth republic?

The parties of the fourth republic are not political formations based on principles, programs, and or ideologies, regardless of whatever tag they give themselves; progressives or conservatives. Unlike the parties of the First and second, and even of the third republic, the parties of the fourth republic are different not because of their respective programs, sets of beliefs, ideologies, etc, but mainly in their ability and capacity to accommodate within the same platform a greater or lesser assemblage of power blocs and factional interest groups of the ruling class.

It is in the sense that the PDP became the largest and most successful party of the fourth republic, because from the inception of the fourth republic and during the transition to that republic managed by the Abdulsalam transitional regime, it succeeded in aggregating within its ranks the largest conglomeration of the factions, ethno-religious power blocs and interest groups of the ruling class.

This is why irrespective of its performance, or indeed failure in governance it continued to be the dominant party and continued to ‘win’ elections. Of course elections have always been manipulated and subjected to various degrees of rigging in Nigeria, nevertheless rigging has always been an integral part of the electoral and political process, and the capacity to rig and deliver the most rigging has always been part of the foundational attribute of political parties in Nigeria. If every party is able to manipulate the electoral process and somehow ensure rigging in their area of dominance, then it stands to reason that the party with the widest geo-political spread in terms of assemblage of geo-political power blocs will always come out on top in any election.

This situation becomes even more significant in an era where parties are devoid of any difference in program or ideology. It is this that combined with other factors to make the PDP the most successful and therefore dominant party of the fourth republic.

Nevertheless the conditions that combined to make the PDP the dominant and most successful party have been changing over the last six years, and in the last two years in particular the changes have been such as to qualify to be termed a seismic shift.

I will come back to this seismic shift shortly. But before then, a few other equally significant characterization of the political parties of the fourth republic; the overwhelming majority of the parties, and the most significant and successful ones are infact non-membership based parties. By this I mean the phenomenon where ordinary citizens are recruited and registered into the parties not as self- conscious active members, but as supporters of party lords; So party members play no significant role in the life of the party other than to attend rallies, to terrorise opponents, and to be selected as paid party delegates during party primaries and or conventions. So in essence we have political party members who have absolutely no idea what the party stands for, much less what the party’s programs are. Their loyalty is to the recruiting party lord, not to any party principles or programs.

This situation creates the context for the lack or near absence of internal party democracy, and it is responsible for the resultant situation and evolution of the phenomenon of a democracy without democrats.

Now let us get back to the seismic shift that has been taking place in the political party landscape. In the last two years, the PDP seems to have lost the grand consensus that held it together so much so that the internal intensified and devastatingly mutually antagonistic factional contestation within it has precipitated an implosion of the party that has aggravated the attrition and hollowing out of the party.

The most significant beneficiary of this internal attrition and implosion of the PDP has been the emergent single opposition party, the APC.

The emergence of the APC through the merger of three and a half significant smaller opposition parties, and the fusion with this mix of major blocs from the disintegrating PDP has combined to recreate the APC as truly and indeed the New PDP.

This was the situation with respect to the relative potential and capacity of the two main parties, the ruling PDP and the opposition APC going into their respective party congresses, primaries and conventions.
Furthermore an analysis of the party congresses and primaries clearly indicate that the two parties have fared differently and emerged differently from these processes.

The APC on the other hand has emerged from its own primaries and congresses with the least internal dissent and fission. Furthermore it has been, and is poised to become potentially the most significant beneficiary of the further disintegration of the ruling party.

On the other hand the APC seemed to have emerged from its own primaries even bigger and larger as an assemblage of ruling class power blocs and factional interest groups, and therefore even stronger.

The APC that emerged from its primaries, and that has gained and is still gaining from the further hemorrhaging of the PDP as a result of very relatively disastrous party primary outing, has become the mirror image of the PDP at the height of its dominance, in the first 12 years of the fourth republic.

It is in this sense that this emergent APC is truly the New PDP, and particularly given the reality of the absence of any significant difference in the very nature, character and fundamental interests and direction of the parties.

If the power blocs and factional interests now re-aligned and co-herring around the APC were to deliver their bloc votes or the majority of their bloc votes, then it is very likely that the February 2015 general elections will merely confirm in electoral terms, the seismic shift in political re-alignment within the ruling class: an APC majority at both Federal and state levels, and at both executive and legislative levels.

This kind of potential outcome could have been a forgone conclusion in a context where real issues play very decisive role in electoral outcomes. In such a context, even if ordinary citizens have no illusions in the opposition, as the case certainly is in our situation, a protest vote to oust the ruling party, blamed for aggravated governance failure would still have brought into power even a distrusted opposition party.
Now what will this potential outcome mean for ordinary citizens? I am afraid this is a very, and significantly different matter.

I have absolutely no illusions in either the opposition Party or its candidates. In fact as far as I know and as far as historical facts reveal, the difference between the PDP and the APC is in reality one between ‘six’ and ‘half a dozens’. It can be argued however that at the superficial level, ‘six’ has only 3 letters, while ‘Half a dozen’ has 10 letters, in which case half a dozen [PDP] is longer and occupies more space than six [APC].

Finally, it is important to state again, that if the APC because it has displaced the PDP as the largest assemblage or allied ruling class power blocs were to defeat the PDP in the February General election, it will represent not just a political, but also an historical seismic shift; the first time in our post flag independence history that a ruling party will be defeated and supplanted at the Federal level.

An opposition victory will mark a significant milestone, but it will also lead to a groundswell of expectations, and given the core sameness and identity of the opposition party with the ruling party that it would have displaced, also eventually a crisis of unmet and unrealized expectations.

The only potentially positive outcome of this permanent crisis of ruling class mis-rule will be a renewed and restored popular confidence in the ability of ordinary citizens to change the Federal Government through elections, and thus the very clear and distinct possibility that a non-performing elected opposition government will soon run into very intense credibility crisis, and in a context where ordinary citizens are confident that they can change the government.

Let me now conclude by restating that this analysis is based on the present alliance of intra-class forces, and that it does not preclude other outcomes including the overturning of the present constitutional order.

The potential for this particular option, which includes a spectrum from a successful uprising to an hijacked uprising, will be heightened and solely dependent on the actions and reactions of ruling class power blocs within the declining ruling party and the ascending opposition party, and in particular whether the contestation between them becomes more or less mutually antagonistic, and more or less capable of undermining the stability and functioning of the current political and constitutional order.

(Gaskia is National Coordinator of Protest To Power Movement [P2PM] and Co-convener of the Say No Campaign)
Posted by PublicInformationProjects at 05:18