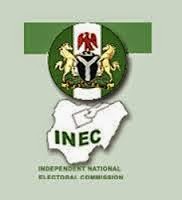 On 22nd December, 2014, the leadership of International Society for Civil Liberties & the Rule of Law communicated the Chairman of the Independent National Electoral Commission of Nigeria, Prof Attahiru Jega and made far reaching recommendations and demands chiefly on the management of the National Register of Voters including the issuance and collection of the Permanent Voters Cards, Continuous Voters Registration, Revalidation of Voters and Voters Card Transfer exercises and the legal status of  Internally Displaced Persons and War Displaced Returnees (if any). The communication to Jega’s INEC above referenced was premised on “stock taking request” ahead of the February 2015 General Elections.


The communication was backed up with a well researched paper titled “Credibility & Security Challenges Facing The National Register Of Voters & 2015 General Elections In Nigeria”. The paper had earlier on December 21st 2014 been publicly presented in Onitsha Nigeria at the 2014 66th World Human Rights Declaration Anniversary organized by our organization (Intersociety) supported by G8 Rights Groups & Anambra Human Rights/Civil Society Activists Forum.  It has been widely publicized by print, audio and audio-visual as well as online and social media.

The communication under reference was also sent to President Goodluck Jonathan, the Senate President, and the Speaker of the House of Reps, the Chief of Defense Staff, the Inspector General of Police and the Director General of SSS (DSS). It was our firm demand in the referenced communication that Jega’s INEC should publicly tell Nigerians, among other things, the number of the PVCs collected across the country with State by State and LGA by LGA breakdown as well as the number not collected and their whereabouts. Jega’s INEC was also asked to tell Nigerians the number of Nigerians captured as registered voters after the 2011 general voters registration as well as the current registered voting population in the country. Numerical presentation and not “percentage” was our chosen demand from Jega’s INEC.

Disenfranchisement Of Over 35Million Registered Voters: There are strong indications that over 35Million Nigerian Registered Voters have been disenfranchised and ousted from participation and voting in the crucial February General Elections courtesy of Jega’s INEC. Greater number of the referenced voting Nigerian population is located in the Southern part of the country. There are much more PVCs in the hands of Northern voters than in those in the South as we speak.

Also, by distributing 38, 774, 219 PVCs, 15, 567, 219 registered voters are facing disenfranchisement by Jega’s INEC. When 16, 041, 817 registered voters not captured in PVCs and 15, 567, 610 undistributed PVCs are added up, in addition to the newly captured voters; it is correct to say that over 35Million registered voters in Nigeria may most likely be denied their fundamental rights to participate and vote in the referenced crucial polls. This is a gross breach of the Chapter Four of the Constitution of Nigeria 1999, amended in 2011.

Fears That Led To The Communication: The communication became necessary owing to credible reports available to us from privileged sources that some top INEC officials are deeply desperate to compromise the all important February Polls particularly the Presidential Poll using

technical and demographic manipulation processes so as to return the Presidency to the North at all costs or by fire by force.

On close and criminological study of the information, substance appeared attached. This was further strengthened by the early September 2014 attempts by Jega’s INEC to hurriedly and un-popularly create more 30,000 polling units (PUs) across the country with glaring lopsided sharing formulae between the North and the South.

In the said botched exercise, the North was allocated 21,000 PUs as against mere 8, 000 allocated to the South. Hyper shock was the allocation of over 5,000 PUs to the Northeast geopolitical zone; a zone ravaged and displaced by insurgency and conquered by fears and traumas. As we write, Jega’s INEC has seemingly not ceased its desperation under reference. Rather than focusing and dissipating its energies towards ensuring that all the registered Nigerian voters get their Permanent Voters Cards so as to participate and vote in the referenced crucial Presidential Poll and others, Jega’s INEC appears more concerned on getting bogus IDPs population to vote. As it stands now, high wired consultations and lobbying are ongoing to get it done at all costs. At the Senate, a bill to amend the Electoral Act of 2010 to get the IDPs vote is being quickened.

Reasons & Calculations Of Jega’s INEC Behind The Desperation: From the shambolic and botched creation of 30, 000 PUs and their over-bloated allocations to Hausa-Fulani Muslim strongholds, to efforts to get IDPs to vote at all costs; Jega’s INEC calculations are to get as much Muslim strongholds as possible in the North to participate and vote in the Presidential Poll and to shut out as much Christian strongholds as possible in the South from the crucial voting. In the North, when provisions of the Electoral Act are in gross breach such as high incidence of under-aged voter registration; they are condoned and tolerated.

But in the South, reverse is always the case. Threat of violence is also commonly used in the North to perpetrate gross violation of the provisions of the Electoral Act and other electoral guidelines such as attempts by INEC adhoc staffs in the polling centers to disallow under-aged voters. Such adhoc staffs are instantly threatened with lynching even in the presence of armed security agents. Other electoral illegalities such as indiscriminate thumb-printing without recourse to the National Register of Voters also go unchecked in the North.

Part of recent findings by the respected Vanguard Newspaper, which was published in its January 4, 2015 edition, revealed how hyper leniency was applied in the North by Jega’s INEC in the distribution of the Permanent Voters Cards to the extent that “whereas the Electoral Act & the guidelines provide that individuals are to collect PVCs in person, duly signed for after due identification as the bonafide owners of the PVCs, some district heads in some States of the North are being allowed to collect and warehouse PVCs on behalf of their wards in the district”.

Conversely, in the South, hyper stringencies are applied and meted out to those registered voters who go to collect their PVCs in the designated LGA collection centers. In some collection centers, extortion racketeers are formed and entrenched. A Senatorial Candidate in Anambra State, for instance, told us recently that apart from the missing of 9,000 PVCs in a location under Anambra North Senatorial District that is yet to be traced, some rural peasants who trekked over five kilometers to their LGA PVCs collection centers went home disappointed.

This is because they could not pay shylock INEC staffs on seat who demanded N500.00 per PVC among other stringent conditions so imposed. Similar stringent measures were also visited against many voting populations in the South during continuous voters’ registration exercises leading to them being disenfranchised.  As a matter of fact, millions of voting population in the South have developed lukewarm attitude as a result of Jega’s INEC uneven and frustrating measures. But in the North, every adult and even under-aged is captured as a registered voter.

Using the Vanguard Newspaper’s recent findings under reference as an example; out of the country’s two most populated States in terms of voting and non-voting populations located in the South and the North; that is to say Lagos and Kano States, the percentage of PVCs distribution in the two States clearly indicates that whereas 49% of the registered voters in Lagos State have collected their PVCs; 87.7% have theirs in Kano State. In other words, out of total registered voters of 6, 247, 845 in Lagos State, according to INEC recent data, 49% or only 3m have collected their PVCs.

But in Kano State with total registered voters of 5, 135, 415, 87.7% or about 4,9m have collected their PVCs in the State. In all, desperation of Jega’s INEC to compromised the all important February 2015 General Polls in Nigeria particularly the Presidential Poll is becoming evidential  and clearer as clock ticks closer to the polls.