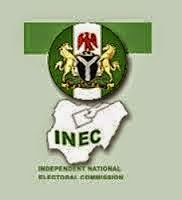 Following wide circulation and readership that greeted the part one of this informative and educative publication, more reasons and facts abound as per our submission that over 35million registered Nigerian voters have been disenfranchised by Jega’s INEC; and that there is thickened desperation by powers that be at INEC to return the Presidency of the country to the North at all costs using technical and demographic electoral manipulation processes designed lopsidedly between the North and the South.


More Facts:  By the text of a press conference held by Jega’s INEC, dated 10th September 2014, which it sent to the leadership of Intersociety via DHL on 24th September 2014; the total number of registered voters as at September 24, 2014 was 70, 383, 427 (seventy million, three hundred & eighty three thousand, four hundred & twenty seven). In 2011, after the post automated fingerprint identification software process used to eliminate double/multiple registrants and clean up the virgin National Register of Voters; this same figure was bandied about by Jega’s INEC as the country’s total registered voters. Till date, this figure has remained not withstanding various continuous voters’ registration and re-validation exercises that ought to have increased the current number of registered voters in Nigeria. From the look of things, it is like more Nigerians both registered and eligible but non-registered voters are being disenfranchised by Jega’s INEC day in day out.

Further, the Southerners are worse affected by the disenfranchisement under reference. In Kano, Kaduna and Plateau States, for instance, most of over five million Igbo residents in those States have been disenfranchised owing to their mass relocation to other parts of the country following ceaseless attacks on their lives and properties by Boko Haram and sectarian insurgencies. No efforts by Jega’s INEC have been put in place to re-capture them as registered voters till date. Over 3m Igbos lived in Kano State alone before the escalation of insurgency in the State. During the peace times in the North in recent past, they formed a noticeable part of registered voters in the area, but owing to present violent times, they have relocated out of the area to save their lives and properties. As a result, they have formed bulk of the registered voters in the North that have not collected their PVCs or engaged in the process of voters’ cards transfer.

In all, while total of 22, 420, 103 (twenty two million, four hundred & twenty thousand, one hundred & three) registered voters have collected their PVCs in the North (excluding Borno State and FCT), whereas only 15, 751, 995 (fifteen million, seven hundred & fifty one thousand, nine hundred & ninety five) have collected theirs in the South leaving 12, 101, 827 disenfranchised. Added to over five million Southerners resident in the North, who fled the area and became disenfranchised, it may be correct to say that over 17m Southern registered voters have been disenfranchised and ousted from participating and voting in the crucial polls under reference courtesy of Jega’s INEC.

Demands: From the foregoing analysis, it is clear that Jega’s INEC wants to plunge Nigeria into chaos and bloodletting. It is also our firm view that remedial measures proposed by Jega’s INEC are totally smokescreen measures. As a result, making empty promises to Nigerians over these monumental demographic and electoral failures are like putting salt into deep body cut. It is totally correct to say that Jega’s INEC clearly lacks capacity, capability and ability to get the 68, 383, 497 registered voters in Nigeria captured in the PVCs not to talk of millions of newly registered and un-registered eligible voters under continuous voters registration and supplementary voters list arrangements.

Disenfranchising over 35m registered Nigerian voters and enfranchising less than fifty percent of the voting population is a total invitation to chaos and bloodletting in the country. To get every registered voter in Nigeria to vote in the February crucial polls, Jega’s INEC must lower some conditions and inhibitions as well as perceived desperation to exploit mechanical demographic advantage so as to return the Presidency to the North by fire by force. One of such that must be lowered or discarded is Jega’s INEC insistence on the use of Permanent Voters Cards in the referenced polls. That is to say that Jega’s INEC must allow every registered voter to vote with either Permanent Voters Card or Temporary Voters Card provided the voter’s name is traced to the Voters Register.  This is more so when no provisions of the Electoral Act of 2010 pin point to PVCs as the only voters cards to be used.

Another stringent process that must be lowered is application and use of biometrics at the polling or voting center for voters including the so called card reader. This is because of apparent minus that Nigeria has in ICT usage and advancement. For the purpose of the crucial February polls, ICT applications should be restricted to INEC’s administrative uses only. Every Nigerian registered voter should be allowed to vote manually using his or her voter’s card which must be traced to the Voters Register. Allowing discriminatory measures whereby in the far North with serious ICT challenges, ICT application processes are relaxed for manual measures; whereas in the South, the former are strictly applied must no longer be condoned.

Finally, to avoid impending chaos and bloodletting, Jega’s INEC must ward off all desperate attempts to compromise the crucial polls under reference and insist on and conduct all inclusive, credible and violence free polls for Nigeria and Nigerians in February 2015 particularly the Presidential poll. Every registered Nigerian voter, no matter his or her ethno-religious background must be allowed to vote.

The idea of using electoral wards for the distribution of the PVCs is totally rejected. The 119, 973 polling units across the country should be used with enough personnel deployed. All the stringent and extortionist conditions frustrating, discouraging and inhibiting registered voters from collecting their PVCs must be lowered or discarded. Since the possibility of Jega’s INEC and its contractors delivering all the PVCs before the polls proper is not foreseeable, other favourable alternatives such as allowing Temporal Voters Cards to be used side by side with PVCs should be applied.