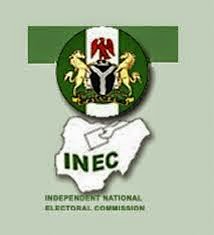 The National Democratic vanguard wishes to join the call by some prominent Nigerians and civil society groups for a postponement of the General elections scheduled to commence on February 14th 2015. There is no doubt that it is exclusively within the  constitutional powers of INEC to fix dates for elections, we are not unaware that the same law gave the window opportunity for elections to be conducted not earlier than 150 day or later than 30days to the expiration of tenure of current administration.


As Nigerians who are on the field and abreast with the existing realities in the country, we have come to realize majority of eligible voters particularly in the Southern part of the country are yet to receive their permanent voters card PVC despite all assurances by the INEC.

It should also be noted that it is constitutionally required that elections takes place in every part of the country during a general election, as it is,  there is no assurance of peace in the troubled North Eastern region of the country and even stakeholders in the region have called on INEC to consider a shift forward. This was confirmed by the request by the  Adamawa State Governor for election to hold in April instead of earlier date of February.

With just 25days to the Presidential election, all indicators show that the INEC is ill prepared as several Nigerians are already envisaging being disenfranchised while there is no assurance that the Card readers that will eventually be used for the election proper are yet to be completely procured by the commission.

It is therefore our opinion that to have a successful election, INEC must ensure that all registered eligible voters are given their PVCs and all factors such as adequate provision of card readers, ballot needs for the physically challenged and adequate security are properly addressed.

We therefore call on Nigerians to prevail on INEC to consider the National interest above the ambition of individuals and political parties by shifting forward, the forthcoming 2015 general elections in order to ensure that all issues being raised are properly addressed to ensure a credible election that will be acceptable to all.