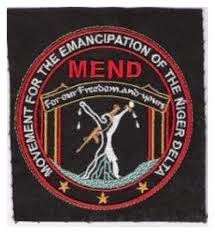 The Movement for the Emancipation of the Niger Delta (MEND) has, upon careful consideration of the state of the Nation, endorses and fully support the Presidential candidate of the All Progressive Congress ( APC ), General Mohammadu Buhari.

President Goodluck Jonathan does not deserve a second more in the Presidency as soon as his tenure expires as he has continuously and blatantly disregarded the very people who voted him into office.

A President that told Nigerian to their faces that he does not “give a damn” when asked to declare his assets. A requirement that is constitutional on assuming the office of the President.
President Jonathan, since assuming his office, has setup countless number of “Committees”, none of which their reports has ever been implemented. From the Nuhu Ribadu report to the KPMG and Fuel Subsidy reports, just to mention a few.

How can Nigerians expect a highly corrupt person like Goodluck Jonathan to fight corruption when he believes that “stealing is not corruption”, as he shamelessly told the Nation? He has proven beyond all reasonable doubt, his inability to tackle corruption or prosecute a single government official in his six (6) years in office.

MEND finds it laughable the recent statement by Goodluck Jonathan on his governments plan to fight corruption. This statement not only smacks of ignorance to the highest order, but also shows just how stupid he thinks Nigerians are. A president that had six years to tackle the problem but chose to shield corrupt government officials, joined in the looting of our resources and now has the temerity to say his government “has a plan” to fight corruption. This is a big slap in the face of every single Nigerian!

We re-state our disregard and lack of confidence in President Goodluck Jonathan. Rather than address the perennial issues in the country responsible for his administrations failures, he is concentrating government funds in a campaign of misinformation intended to hoodwink Nigerians who, unfortunately for him, are now wiser and smarter than he is.

Goodluck Jonathan’s actions, utterances and arrogance prove that he is totally disconnected with the situation facing the ordinary Nigerian and completely out of touch with reality.

Office Of The First Lady
MEND commends General Mohammad Buhari for his plans, when elected as President, to scrap the so-called “Office of the First Lady”. This is obviously an irrelevant, fraudulent and unconstitutional office, whose only purpose is to further plunder the resources of the country.

Nigerians and the EFCC appear to have forgotten that this “First Lady” Mrs Patience Jonathan was in the process of being charged with attempts to launder stolen money to the United Kingdom, barely a few months after President Jonathan was sworn in as President. The same offence former Governor James Ibori was charged with.

In the wake of the still-missing Chibok school girls abduction, the “First Lady”, rather than being embarrassed by her husbands inability on how to handle the situation, was instead worried about his tarnished legacy and even considered the Bring Back our Girls Campaigners a nuisance and upsetting to their daily exercise of redirecting Nigeria’s resources to the their private coffers.

The Niger Delta Region
Since President Goodluck Jonathan assumed office, the Niger Delta region has experienced excruciating poverty faced by the people, worse pollution and environmental degradation and not once has he ever come out to openly condemn the destruction of our environment by the activities of irresponsible oil companies.

Recent reports confirm the country is losing billions of Dollars in oil revenue due to oil theft. This theft has been aided by the pot-bellied Nigerian Army generals, in connivance with corrupt Nigerian government officials, the Joint Task Force and the Nigerian Navy. It is no wonder the once respected Nigerian Military has been reduced to a ragtag Army by the Boko Haram Terrorists. It can only take a bold and courageous man like General Mohammadu Buhari to tackle the insecurity and oil theft plaguing the nation. He has done it before and he will and can do it again!

The Niger Delta region has the Ministry of the Niger Delta, the Niger Delta Development Commission (NDDC), the Presidential Amnesty Programme ( PAP ) and the largest percentage in oil revenue allocation, yet the region has nothing to show for all these due to a very corrupt government and system in place. We are confident that a General Mohammadu Buhari presidency would probe these agencies and divert all stolen revenue back to the development of the region and Nigeria as a whole.

Regrettably, our so-called “Freedom Fighters”, “Niger Delta Activists”, “elders”, Royal Fathers and politicised groups such as the Ijaw Youth Congress (IYC), United Niger Delta Energy Development Security Strategy (UNDESS) and several other castrated and myopic groups from the region have lost focus. Rather than speaking out against corruption, impunity, underdevelopment, degradation of our environment, unemployment and the impoverished living of the ordinary Niger Deltan, prefer to turn themselves into political praise singers of the government to enrich themselves while the region is still licking the wounds of marginalization.

We say you are all cowards and shame unto you all! You now feast on the sweat and blood of great Niger Delta leaders like Isaac Adaka Boro and Ken Saro-Wiwa while the region remains impoverished, underdeveloped and polluted.

It is very clear that the Niger Delta region now regrets voting a corrupt and incompetent leader who they believed would transformation to the region, in spite of our earlier warnings about Goodluck Jonathan. He (Goodluck Jonathan) has only succeeded in infecting the region with poverty, corruption and mal-administration. This is our chance not to repeat this costly blunder of 2011.

We challenge every Niger Deltan to ask yourself if the region is any better under Goodluck Jonathan than it was under a sick Late President Musa Yar'Adua. We are convinced that the people of the Niger Delta have woken up to realise that voting Goodluck Jonathan simply because of tribe, was the biggest mistake they made.

The Movement for the Emancipation of the Niger Delta (MEND) urges Nigerians to ignore the empty threats and provocative comments from political thugs parading themselves as “ex-militants” and “Freedom Fighters”. These spineless cowards want Nigerians to believe that there will be no peace if Goodluck Jonathan is not re-elected into office despite the billions of dollars spent on the “Amnesty Programme” to reform these miscreants.

For our Freedom and Yours.

Jomo Gbomo
Posted by PublicInformationProjects at 10:13