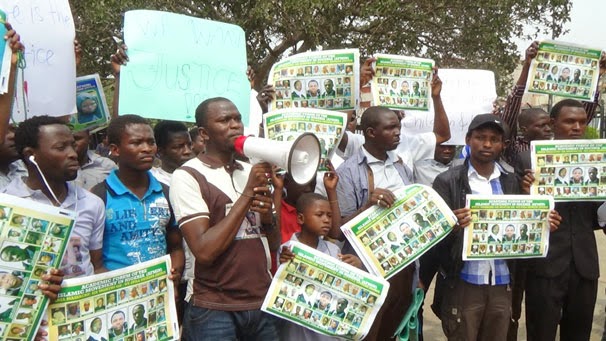 The 25th July, 2014 massacre of some members of the Islamic Movement was a tragedy that shocked not only the members of the Movement but every right thinking Nigerian and beyond shores. On that faithful day, soldiers on a mission to kill attacked a peaceful procession in Zaria to mark the International Quds Day which is observed annually by many people (Muslims, Christians, Jews and others) all over the world in solidarity with the oppressed people of Palestine. That dastardly attack resulted in the murder of 34 people including 3 sons of the leader of Islamic Movement in Nigeria, ShaikhIbraheem Zakzaky(H). Over a hundred others were severely injured. The insensitive killing of such creative and vibrant young men has exposed the cluelessness of the present administration.


It is now six months after the murder of 34 members of the Islamic Movement, and still there is no effort either from the government or its apparatus to bring those murderers to justice. The murderers of 34 brothers and sisters are still roaming proudly on our streets, still claiming to be law enforcement agents. We wonder what has happened to this country that villains are now parading themselves as warriors. Nobody is safe in this country, where secondary school girls from Chibok were abducted for more than 9 Months without any serious effort to secure their release.

This is a country were bomb blast is almost business as usual; a country where a mythical monster called “Boko Haram” is destroying villages and towns killing thousands and displacing millions. While these gruesome acts are going on, the so called leaders have turned a blind eye just busying themselves with their political business as if nothing is happening. Protection of life and property is an integral duty of every government in the world, but this is not the case in Nigeria. It is surprising in Nigeria that the government and its soldiers are killing the very citizens they are expected to protect. The broad day killing of this young innocent Nigerians on the 25th of July, 2014 has exposed the Nigerian government as the real source of insecurity which has troubled the country for the past four years. It is now clear that to terrorize defenseless citizens is never a crime in this country, where leaders have lost direction. In fact the report of Amnesty International on the viciousness of Nigerian soldiers is a good testimony, which justifies our stand on this pitiful status in which we are directly affected

In other countries, governments are not only jealously protecting and nurturing the youths, but they ensure that the creativity, passion and energy of the youths are harnessed and utilized for the development of their society. Unfortunately in this land of hopelessness called Nigeria, it is the state and its security apparatus that are systematically extinguishing the lives of the future leaders of the country.

Events of the 25th July, 2014 no doubt have reawakened the sleeping citizens of this country against the injustice and senseless killings of innocent people by their government on the instructions of their Zionist masters. The show of affection, solidarity, commiseration, and love by the people across different strata of the society shows unity of human voices against the carnage, destruction and killing of innocent people.

While we re-echo our strong condemnation of this barbaric and wicked murder of these vibrant youths in Zaria; we and the world demand and await immediate justice. A situation where the lives of 34 innocent and promising Nigerians were brutally terminated by officers of the Nigerian military can never be wiped away from our memory, and go unpunished. We would continue to hold the Nigerian government responsible for the massacre. We would continue to demand for justice. We would not relent our quest for justice until the day the perpetrators of this cowardly act are brought to book.