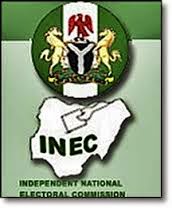 Sir,
February 2015 General Polls & Allied Matters: Before INEC Sets Nigeria On Fire
The leadership of International Society for Civil Liberties & the Rule of Law wishes to alert your noble Council headed by Mr. President over the above subject.


On 9th January, 2015, the Independent National Electoral Commission (INEC) headed by Prof Attahiru Jega, made public the status of the National Register of Voters to be used in the February General Elections in Nigeria. The INEC said that it has received as at January 7, 2015, a total of 54, 341, 610 (fifty four million, three hundred and forty one thousand, six hundred and ten) PVCs (permanent voters cards) from its suppliers/ contractors; out of which, 38, 774, 391 (thirty eight million, seven hundred and seventy four thousand, nine hundred and ninety one) have been distributed to registered voters across the country till date.

On January 13, 2015, the Jega’s INEC made another public statement saying that a total of 68, 833, 476 (sixty eight million, eight hundred and thirty- three thousand, four hundred and seventy six) RVs (registered voters) have been penciled down to vote in the February General Elections in the country. It said it arrived at the figure after subjecting the National Register of Voters to automated fingerprint identification system (AFIS) for the purpose of elimination of multiple/double registrants, after which the figure came down from 70, 383, 427 to 68, 833, 476. The Jega’s INEC also pasted on its website the State by State distribution of the PVCs and withheld State by State breakdown of its given and approved registered voters of 68, 833, 476 it penciled down to vote in the said polls.

However, we have at our disposal text of a press conference addressed by the Chairman of INEC on 10th September 2014. A copy of it was sent to us on September 24, 2014 by the Chairman of INEC following our protest letter to him over the botched creation of 30, 000 plus polling units and their lopsided geopolitical distribution. The said text contains State by State breakdown of the National Register of Voters, which also captures the total number of registered voters in each State and the Federal Capital Territory (FCT).

Disenfranchisement Of Over 35M Voters:  As of date, over 35 million Nigerians most of them registered voters have been disenfranchised by the Jega’s INEC. The total number of disenfranchised registered voters across the country is 30, 059, 085; out of which  those that have not been captured in the PVCs production and delivery is 14, 491, 866, while those captured in the PVCs but have not received theirs till date is 15, 567, 219. This brings to total the number of disenfranchised registered voters to 30, 059, 085 (thirty million, fifty nine thousand, eighty five). In other words, out of 68, 833, 476 registered voters, which INEC said will vote in the February polls, only 38, 774, 391 have received their PVCs till date, leaving a total of 30, 059, 085 disenfranchised. Other five million eligible registrants were also not captured during various continuous registration exercises across the country particularly in the Southeast and the Southwest geopolitical zones. This is largely premised on the Jega’s INEC administrative incompetence and discriminatory factors popularly believed to have been fueled by ethno-religious primordialism.

Over four million Igbo-Nigerians resident in the North particularly in Kano, Kaduna, Plateau, Borno and Adamawa States, who fled the troubled areas owing to insurgency; will not participate and vote in the crucial voting under reference. Their abandoned PVCs form bulk of the uncollected PVCs in the entire North. Till date, the Jega’s INEC has made no efforts in recapturing them in the National Register of Voters as registered voters in the context of voters’ cards transfer or fresh voters’ registration.

It is shocking and disbelieving that the Jega’s INEC is bent on disenfranchising tens of millions of Nigerian registered voters as well as other eligible registrants. We are compelled to conclude that the Commission is not interested in conducting popular and all-inclusive as well as credible and genuine polls for Nigerians this coming February 2015. Instead, what looks like its pre-occupation is its bent on getting the so called IDPs with unverifiable statistics of “918, 416” to vote in the Northeast. It is an indisputable fact that over 80% of the so called IDPs receiving the Jega’s INEC special consideration at the expense of other disenfranchised 30 million registered Nigerian voters are of a particular ethno-religious tribe bent on ruling the country at all costs including by violence.

Funny and shocking too, the same Northeast zone troubled by insurgency, which the Jega’s INEC is fighting tooth and nail to get their so called “IDPs” to vote in the said crucial February 2015 polls via amendment of the 2010 Electoral Act; is one of the highest recipients of the ongoing distribution of the PVCs. While the five States in the troubled zone have received a total of 4, 886, 499 PVCs so far, the registered voters in the entire five States in the Southeast zone have received only 3, 944, 242 PVCs as of date. Despite the Jega’s INEC magical distribution of PVCs in the zone with high percentage distribution, the Commission is still desperately pursuing a case of getting the zone voting 100% while leaving over 30 million other registered Nigerian voters particularly in the Southeast and the Southwest brutally disenfranchised.

Why We Write: Our writing your noble Council is to pray same to prevent the Jega’s INEC from setting Nigeria on fire by mindlessly disenfranchising over 35 million Nigerian adult voters including over 30 million registered voters. The Jega’s INEC resort to “percentage and technical excuses” to evade its blameworthiness following its colossal failure in its midwifery of the National Register of Voters must no longer be condoned.

Rights of all qualified Nigerians to vote or be voted for; to participate in public affairs of their beloved country and associate and express themselves freely are so fundamental that they are entrenched in the Chapter Four of our Constitution of 1999 as well as the African Charter on Human and Peoples Rights of 1981, ratified and domesticated by Nigeria in 1983. They are also judicially protected by Section 46 of the Constitution under Chapter Four. We are in the know that over 10,000 Nigerians have submitted their consent to some leading rights groups across the country to sue INEC in the event they are disenfranchised at the end and denied their right to vote in the referenced polls. Your noble Council must understand the consequences of allowing such justiciable actions brought against the Federal Government of Nigeria with attendant national and international opprobrium and huge judgment costs and monetary awards and rewards.

Calls: The Jega’s INEC must be called to order to do the right thing or its headship forced to resign. In line with the recent resolution of the House of Reps, Jega’s INEC should allow all registered Nigerian voters irrespective of their ethno-religious affiliations and sexes to vote with PVCs and the Temporary Voters Cards. In alternative, the Commission must find the easiest and publicly verifiable means of getting the PVCs to all the registered voters in all parts of the country even if it means commissioning its ad-hoc staff to take them to their homes and subject them to delivery on identification; a method used during the distribution of the pioneer national identity cards in early 2000s; if not, the former must be inexcusably used in the referenced polls.

It is our further call on Mr. President to withhold his assent to any bill passed by the National Assembly hurriedly sponsored by the Jega’s INEC seeking to get the so called “Northeast IDPs” (comprising infants, children, women and the aged) said to be numbering 918, 416 to vote in the referenced polls until the issue of disenfranchisement of 30, 059, 085 registered Nigerian voters is frontally addressed by the Commission.

The Jega’s INEC must be compelled to explain to your noble Council the likelihood or the otherwise of delivering from its contractors/suppliers the outstanding 15, 567, 219 PVCs, not yet delivered to the Commission till date as well as possibility of effecting comprehensive distribution of same and the undistributed ones amounting to 14, 491, 866 to the remaining registered Nigerian voters before the referenced polls. In other words, what is the possibility of the Jega’s INEC enfranchising the disenfranchised registered Nigerian voters numbering 30, 059, 085 (thirty million, fifty nine thousand, eighty five) twenty four days to the all important February 2015 general polls in Nigeria?

Condoning Buhari’s Non WASCE/GCE Certificate & Allied Misconducts: Other attempts by the Jega’s INEC to set Nigeria on fire are allowing the likes of Mr. Mohammed Buhari to contest public elective office (presidency) in Nigeria without any educational paper certificate contrary to the provisions of the Constitution of the Federal Republic of Nigeria 1999 (s 131), as well as allowing multiplicity of candidates in one political party contesting for one elective public office. A clear case is in Anambra State where almost all PDP Federal and State Legislative aspirants are jostling for three Senatorial seats, eleven Federal Reps seats and thirty State Legislative seats.

These are not only an invitation to anarchy, but also a dangerous precedent that threatens the foundation of Nigeria and its Constitution. The Jega’s INEC blameworthiness in all these is inexcusable. By resorting to court orders instead of sticking to internal party democracy (party primaries) done in full adherence to INEC guidelines; the Jega’s INEC should be held accountable for the referenced messy developments.

As for lawyers who have taken a center stage in the media to dabble into interpretation of what constitutes a post primary school certificate or not, we make bold to say that Nigerians do not need their opinions. The job of the Bench is to interpret laws when necessary, while the job of the Bar is private legal practice. Nigerian elections and allied issues like provision of school certificates must not be turned into brief seeking campaigns.

Again the Jega’s INEC is hugely to be blamed.  By allowing a presidential candidate without a common post primary school certificate to continue to parade himself as a leading candidate in the country’s presidency in this ICT age, is a height of public incompetence and abdication of public entrusted duties on the part of the Jega’s INEC. These explain why we held tenaciously and still hold that if extreme care is not taken by your noble Council, the Jega’s INEC will set Nigeria on fire over the referenced polls and allied matters.

We, therefore, pray your noble Council not to allow this broad day scandalous conduct to stand. The Jega’s INEC must be given a marching order to tender before your noble Council and the Nigerian public as a matter of uttermost immediacy the referenced certificate of Mr. Mohammed Buhari. The Constitution does not say or recognize “school result sheet”, but Senior Secondary School Certificate or its equivalent certificates. The provisions of the Constitution of our beloved country must be adhered to and protected at all times in accordance with her Section 13. Where the Jega’s INEC and Mr. Mohammed Buhari fail to produce and tender the referenced certificate, its headship must resign and Mr. Buhari’s running mate, Prof Yemi Osibanjo made to step in as his Party’s Presidential Candidate.