Why Human Rights Will Remain Endangered In Africa & Nigeria In 2015 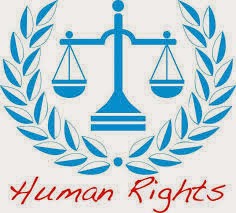 December 2014 marked the 66th years of the Universal Declaration of Human Rights commonly called “UDHR”. The 2014 slogan of the United Nations was Human Rights 365; meaning that every day is world human rights day. Despite this memorable event of December 2014, human rights will still face big challenges in Africa and Nigeria in 2015. This is chiefly due to prevalence of dictatorship and tyranny in Africa and expected turbulent general elections holding in Nigeria in February (2015).


Historical Foundations Of Human Rights: The recorded journey to human rights dates back to about 304 AD with the recognition of religious rights or right to freedom of religion by then monarchic authorities in Europe. The issue of human rights again appeared in the famous Fourteen-Point Program of then President Woodrow Wilson of the United States of America; a recommendation he made for the formation of the League of Nations, which was later formed in 1919.

Article 8 of the UN Charter also provides that “the United Nations shall place no restrictions on the eligibility of men and women to participate in any capacity and under conditions of equality in its principal and subsidiary organs”. In Article 56 of the UN Charter, all members of the UN pledge themselves to take joint and separate action in cooperation with UN for the achievement of certain purposes enumerated in Article 55, which include the promotion of universal respect for, and observance of human rights and fundamental freedoms for all without distinction as to race, sex, language or religion. Article 68 of the UN Charter empowers the Economic & Social Council to set up commissions for the promotion of human rights.

To make the respect for, and observance of human rights by all and sundry a truly world’s chief business, the Universal Declaration of Human Rights (UDHR) was adopted and proclaimed by the General Assembly of the UN on 10th December 1948 “as a common standard of achievement for all peoples and all nations, to the end that every individual and every organ of society, keeping this Declaration constantly in mind, shall strive by teaching and education to promote respect for these rights and freedoms and by progressive measures, national and international, to secure their universal and effective recognition and observance, both among the Peoples of Member States themselves and among the peoples of territories under their jurisdiction”. This universal adoption and proclamation of the UDHR became a reality following the submission of a report of the UDHR by an 18-person committee chaired by Mrs. Elizabeth Roosevelt, which was set up by the United Nations in 1947.
The UDHR document consists of Preamble and 30 articles. While Articles 3-21 contain civil and political rights, commonly called fundamental human rights/civil liberties/individual rights, Articles 22-27 contain economic, social and cultural rights. The economic, social and cultural rights are also called group or collective rights.  Articles 28-30 contain citizen duties’ rights or fundamental duties of citizens to their social, cultural and political communities. There are also environmental rights as the third generation rights meant to secure world’s environment by controlling the excesses of human activities on earth and safeguarding same for healthy and prosperous living.

At regional level, there is African Charter on Human & Peoples Rights, among others, adopted and proclaimed in 1981 by the Assembly of Heads of States and Government of the OAU (now AU). Nigeria ratified and domesticated it in 1983. In the Constitution of the Federal Republic of Nigeria 1999, amended in 2011, the economic, social and cultural rights (collective/group rights) as well as environmental rights are located in the Chapter Two (Fundamental Objectives & Directive Principles of State Policy). They are found in Sections 14 to 21. The citizen duties’ rights are found in Section 24 under the Chapter Two. Civil & Political Rights are located in Chapter Four (sections 33-46).

Between the citizens and government, human rights are embedded in social contract, which is the fundamental basis upon which government exists. They are called social responsibilities in government circles and called corporate social responsibilities in corporate entities. There are other numerous human rights documents adopted and proclaimed around the world designed to protect all forms of human rights and they all owe their allegiances to the UDHR and the United Nations Charter. The documents under reference have also been proclaimed and adopted to guide the social conducts of the European countries and their continent; the south and north Americans and the Caribbean countries and their continents; the Gulf Cooperation Countries, the Association of Southeast Asians (ASEAN), the Middle-east and their continent; and the Oceania and their continent. The UDHR document has been written in over 300 languages and re-grouped in language families across the world.

In the 80s and 90s, both African and South American Continents were ravaged by dictatorship and tyranny; but today, the South America has freed itself from the clutches of dictatorship and tyranny with Cuba remaining the only oligarchic and dictatorial country in the Continent. The South American Continent is now third in ranking in the global category of top free democratic/human rights observing Continents/sub Continents. This it achieved after Europe and North America. Continent of Oceania because of its small population comes fourth, followed by ASEAN (Association of Southeast Asian Nations) with fifth position. Africa occupies the least position after the Middle-east and Muslim former Soviet States.

In Nigeria, human rights are grossly endangered and fueled by mis-governance and chronic socio-religious hatred and divisions, which have elevated culture of self-help and vindictiveness to unquenchable proportions. Civilian regime change is also pursued using violence, radical religiosity, inflammatory campaign slogans, nepotism and favoritism. There is also a code-created cabal of 17, 500 public office occupiers in Nigeria diverting and pocketing 80% of the country’s commonwealth through statutory overheads and allowances; to the extent that mere legislative offices of the heads of the country’s National Assembly are allocated N250M ($1.5M) and N200M ($1.2M) respectively, every quarter of the year in the name of overheads costs. President, Vice President and each of the State Governors also shockingly pocket as much as N100B ($6B) and N10B ($60M) respectively as annual overheads. These they call “security votes”.

Till date, the 12,788 chairmen, deputy chairmen and councilors of the country’s 774 constitutionally recognized Local Government Areas are annually serviced with a whopping sum of N592B, out of which a criminal sum of N550B is spent on their so called “allowances”, whereas only N42B is spent on their annual salaries. To legalize this blatant public robbery, a federal law called “Salaries & Allowances for Nigerian Top Public Office Holders Act of the Federation 2002”, amended in 2008 was created. Annual Appropriation Acts (for Federal Government) and Appropriation Laws (for States) are also used to siphon the scarce public funds of Nigeria. These have cumulatively cost Nigerians “dividends of democracy” particularly provision and delivery of social services and fixing of key public infrastructures. These have led to the “survival of the fittest” and institutionalization of tribal primordialism and militancy as well corruption, nepotism and favoritism in the polity.

As Nigeria faces its crucial general elections in February, human rights of Nigerians are at the crossroads. Uncertainties have rented the air. Both the federally ruling and opposition political parties have nothing concrete to offer Nigerians if re-elected or elected. They are busy promoting politics of primordialism, violence, religiosity and mercantilism. They have no empirical answers to insurgency, economic and other social downturns afflicting Nigeria and Nigerians in recent times. While the federally ruling PDP can be described as “the worse government in power”; the federally opposition APC can best be described as “the worst government in waiting”. This is because they have nothing meaningful to offer to the long suffering people of Nigeria. As a result, Nigerians are left to choose in the February polls between “the worse government in power” and “the worst government in waiting”.

In all, the Continent of Africa will in 2015 remain turbulent/violence prone until meaningful regime changes are effected chasing away all dictators and tyrants that hold the Continent to ransom. In Nigeria, except all inclusive and transparent elections particularly the Presidential poll, devoid of ethno-religious extremism and socio-economic primordialism are conducted; otherwise lives and liberties of millions of ordinary Nigerians will be at intense risk during and after the polls. The country also faces resurgence of oil-insurgency in the Niger Delta South and radical Islamist insurgency in the far north except the authorities and those in the opposition play electioneering politics within the confines of international best practices.