Article: In Defence Of The Great Prophet 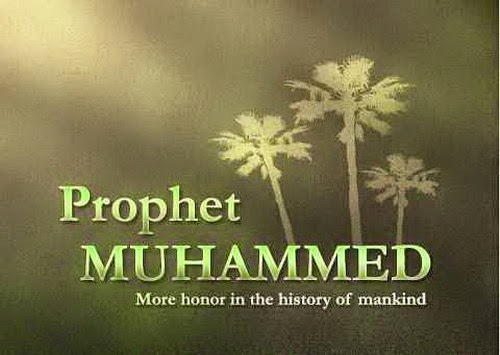 In the name of Allah who states “Surely, We will suffice you against the scoffers” Q15:Peace and blessings of Allah be upon His chosen servant, our master Muhammad and his pure progeny. Due to some unforeseen circumstances, and for the first time, this weekly column had experienced a considerable pause in its history. While regretting the circumstantial pause, we pray not to experience it again. No doubt, so many topical issues have passed within the period just as others prevail at both local and international levels that I cannot easily reflect to share my view with our esteemed readers. However, I hope to touch few ones especially those that touched our lives generally. Basically, I will like to briefly remind us on the lessons of Mauludin Nabiy (s), and most importantly, carry our esteemed readers through the topic above. Obviously, a lot was said and written on the personality of the prophet peace and blessings of Allah be upon him and his purified progeny. We could easily recall what happened recently in France when the enemies of peace and humanity made fun of this great prophet through caricatures they attributed to his exalted personality in the name of freedom of speech or expression!


MAULUD: It is a common knowledge that prophet Muhammad peace be upon him and his pure progeny was born in Rabi’ul – Awwal, the third month of Islamic calendar. The month is highly revered by Muslims.

As such conferences, processions and rallies are organized world over with a view to mobilizing the Ummah on the need to reflect his teachings. Beside the birthday of the great prophet, of blessed memory was his migration to Medina which led to establishment of the first Islamic state under full scale Islamic system in the thirteenth year after his mission, martyrdom of Imam Hasanul Askary -the eleventh successor of the prophet- on the eighth day in the 260th year after hijra and the death of great enemy of Allah and His prophet Yazid son of Mu’awiyah on the fourteenth in the 64th year respectively. Here in West Africa, Niger, Senegal, Ghana and Nigeria in particular, maulud is a great celebration attended by the public. The scholars perform well in presentation of good advice to the Muslims on the rationale of the mission of the seal of the prophets. of a blessed memory, the annual Unity week initiated by the father of the Ummah and founder of the Islamic republic of Iran, late Imam Khomeini (may Allah shower His mercy on him) successfully took place.

Impressively, the Unity week was held in its usual trend in Iran, Britain, Lebanon, Bahrain, South Africa and Nigeria among others. In Nigeria, the programme was organised by the Islamic movement under the leadership of Sheikh Ibraheem Zakzaky in Zaria. Similar programmes were organised in most northern cities to remark the events. Muslim scholars were invited to deliver talks to the all invited conference across the country. Most importantly, the conference discussed on the much needed Unity of the Ummah and the worldwide conspiracies meant to blackmail Islam and shed the blood of its followers. But do not forget the effort of the enemies to frustrate the effort in this direction. George Curzon, the British secretary of state for foreign affairs, 1911 –1921 is vividly reported as saying “we must put an end to anything which brings about Islamic unity between the sons of the Muslims. As we have already succeeded in finishing off the caliphate, so we must ensure that there will never arise again unity for the Muslims, whether it be intellectual or cultural unity”

Why The Continous Blasphemy? For quite a number of times, the enemies of humanities and peaceful co-existence have abused the innocent personality of the prophet. Obviously, the abuse is stage managed and a test of the Ummah that is why the world arrogance always identifies itself with such blasphemy. Salman and Nikola cases are very clear in this direction. In the recent Charlie Herbdo case, the world has seen how the attributed depiction was printed in front cover of magazines and made available in millions for sale. This provocation enjoyed huge financial support from ‘Le Monde’ newspaper among others. The world has also witnessed how the French government in the so called civilized world gave an outright support to the blatant action. We have seen how the biased leaders joined hand in full support of the blasphemy chanting in unison with the Charlie! What an injustice and madness! No rationale mind can ever accept this. Because, how should you make fun of our prophet in the name of freedom of expression? For the world to live in harmony and perpetual peace, we must respect and protect one another’s fundamental human rights. Then, why should our prophet be abused or humiliated? No Muslim can accept this. In fact, from the general Islamic principle, with no exception, we respect all prophets of Allah. And all people have their red lines. For example, the Jews do not accept even the philosophical denial of the holocaust or black’s depiction as monkeys. Then how do you expect rationale minds generally, not to talk of the Muslims to accept mockery against the chosen servant of Allah? Allah said “Surely, We will suffice you against the scoffers” Q15:95 So Allah the Most High has taken it Upon Himself to suffice His messenger against the scoppers just He did to those of the prophet’s time.

How Do Muslim React To Such Irrational Acts? Muslim scholars should guide the Ummah, particularly the youth on the right response in the event of such disheartening act of the enemies. A clear and most relevant response is the boycott of their products and services to express our grief as many Muslim organizations called. As statistics revealed in the last Danish senseless act, the Danish –Swedish Arla, a multinational company lost billions of dollars as a result of Muslims’ boycott of its products leading to retrenchment of many of its staff. The Muslim scholars could think of other possible measures to stop these stupidity. In the last three year’s case, the Secretary –General of Hizbullah Sayyid Hasan Nasrallah called for a global move against such evil acts from the United Nations. The leader of the Islamic revolution in Iran, Ayatollah Ali Khamne’i has directed an open letter particularly to the youths in Europe on the need to understand their situation and remain vigilant on prevailing situation. In a statement issued by his eminence, Ayatollah Makarem Shirazi, regarding the insult, he described the act as exposure of lack of political sense and wisdom from the western politicians. Sheikh Ibraheem Zakzaky has delivered similar message on the unfortunate Western –backed blasphemy at Kano when he graced the Annual Qur’anic graduation ceremony in the last days of Rabi’ul –Awwal.

Historical Denial Of Provocateurs: Imperatively, it is good to remind the world of the respect accorded the messenger of Allah by the Judicious and unbiased philosophers of the West. Sir George Bernard Shaw said in ‘The Genuine Islam,’ Vol. 1, No. 8, 1936. “If any religion had the chance of ruling over England, nay Europe within the next hundred years, it could be Islam.” I have always held the religion of Muhammad in high estimation of its wonderful vitality. It is the only religion which appears to me to possess that assimilating capability to the changing phases of existence which can make itself appeal to everyone. I have prophesied about the faith of Muhammad that it would be acceptable to the Europe of today. The medieval ecclesiastics either through ignorance or bigotry painted Islam in the darkest colors. They were, in fact, trained to hate the man Muhammad and his religion. To them, Muhammad was anti –Christ. I have studied him -the wonderful man, and in my opinion, far from being an anti-Christ, he must be called the savior of humanity. I believe that if a man like him were to assume dictatorship of the modern world, he would succeed in solving its problems in a way that would bring the much needed peace and happiness. But to proceed, it was in the nineteenth century that honest thinkers like Carlyle, Gibbon and Goethe perceived intrinsic worth in the religion of Muhammad –already, even, at the present time many of our people have gone to his faith, and Islamization of Europe may be said to have begun” Dr. Keith L. Moore Professor Emeritus, Department of Anatomy and Cell Biology. University of Toronto, Canada. “It has been a great pleasure for me to clarify statements in the Qur’an about human development. It is clear to me that these statements must have come to Muhammad from God, because most of this knowledge was not discovered until many centuries later. This proves to me that Muhammad must have been a messenger of God”

Need For A Multi –Diamensional Awakening: As we noted several times earlier, the need for a multi –dimensional awakening cannot be overemphasized for this Ummah. And thanks to Allah, the Islamic republic of Iran has gone far in this direction. In a recent discussion with Ayatollah Nouri Hamedani in the holy city of Qom, Sheikh Zakzaky (H) said like the movement led by Imam Khomeini, we are moving towards awakening of nations” noting the Islamic awakening formed in Nigeria as the continuation of the movement founded by the late Imam in Iran “