Article: Neither Buhari Nor APC 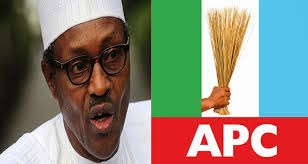 The die is cast. The much awaited 2015 watershed elections is upon us. Many critics have predicted that Nigeria’s future hinges on the 2015 Presidential election and whether Nigeria survives as a nation depends on the outcome of the forthcoming elections. True or false, the elections are taking place at the time of Nigeria’s most trying period. The country is arguably more divided and under threat than any time in its history. In 1966-1970, Nigeria faced a singular threat of secession by Eastern region and all the other regions rightly or wrongly joined hands and clobbered the East to submission. Today Nigeria is a nation at war with itself and faced with multi faceted threats. Whoever wins will not have an easy task in reconciling an obviously fractured nation. Who is best placed to undertake this onerous task is the supreme responsibility of Nigerian voters to judge.


The options are clearly defined. In May 2015 Nigeria will swear in either Dr Goodluck Jonathan of the Peoples Democratic Party (PDP) or General Muhammadu Buhari (Rtd) of All Progressive Congress (APC) as the President of the Federal Republic of Nigeria. I will state categorically that faced with the choice of embracing the devil behind or jumping into the deep sea in front I will prefer the one that will not consume me instantly. Hopefully, I can negotiate with the devil behind and live to fight another day. As a non swimmer I would be dead instantly. Buhari represents the deep sea as a non swimmer and I will state my case. Dr Jonathan is the most uninspiring and frustrating leader but he represents something hopeful for Nigeria and I can take a chance with him, hopefully to make a more decent choice in 2019. That hope on Goodluck Jonathan has been reinforced by the fact that both Retired Generals Ibrahim Babangida and Olusegun Obasanjo are now flirting with Buhari, their erstwhile colleague in revisionism.  Buhari represents the repugnant and sinister side of Nigerian politics and APC by implication stands severely compromised.

Who is this man Buhari? Buhari is a 73 year old retired General. He was actually not retired but booted out of the Army by his colleagues who assessed him as being too dangerous to rule a complex multi ethnic nation like Nigeria. His antecedents prior to assuming office in 1983 as Head of State and Commander in Chief of Nigerian Armed forces is unremarkable except he is inextricably implicated in the horrendous events of the counter coup of 1966. Men and officers of Eastern Nigerian origin were liquidated in great numbers in particularly Abeokuta and Ibadan. Buhari was based at Abeokuta where the greatest damage was done. He has not explained his role on those bloody 3 days and his defence that he was just a junior officer does not hold water. The significance of this is that Nigeria; 45 years after the ensuing civil war should discard anyone who played any role in the darkest days of its history. Buhari in any case rose in the military and again in 1983 played the most destructive role in Nigeria’s political growth. He rolled out the tanks in 1983 and overthrew the elected government of Shehu Shagari and as such truncated Nigeria’s democratic growth. Buhari’s leadership maintains the record as Nigeria’s most despotic and insensitive government ever. The only government so far that the Head of state and his deputy hailed from the North and both were Muslims. He passed laws reminiscent of the dark ages. When his colleagues got frightened they quickly disposed of him. General Ibrahim Babangida who deposed and replaced him as Head of State had this to say of him in 1985:
"Let me at this point attempt to make you understand the premise upon which it became necessary to change the leadership. The principles of discussions, consultation and co-operation which should have guided decision-making process of the Supreme Military Council and the Federal Executive Council were disregarded soon after the government
settled down in 1984.
Where some of us thought it appropriate to give a little more time, anticipating a conducive atmosphere that would develop, in which affairs of state could be attended to with greater sense of responsibility, it became increasingly clear that such expectations could not be fulfilled. Regrettably, it turned out that Major-General Muhammadu Buhari was too rigid and uncompromising in his attitudes to issues of national significance. Efforts to make him understand that a diverse polity like Nigeria required recognition and appreciation of differences in both cultural and individual perceptions, only served to aggravate these attitudes."
Again I will quote people close to Buhari and on better authority to characterise him. Nasir EL-Rufai on Muhammadu Buhari in 2010 had this to say:

"Against all canons of legal decency, he Buhari used retroactive laws to execute
three young men for drug-peddling after they were convicted by a military tribunal and not regular courts of law. Buhari was so high handed that he gave himself and his officials immunity even from truthful reporting. That obnoxious Decree 4, against which truth was no defence, was used to jail journalists and attempt to cow the media as a whole. That tyrannical legislation shows the essence of his intolerance. These are facts of recent history. The story of counter-trade and import licensing, the cornerstone of Buhari’s stone-age economic strategy and those whose interests it served, is a tale for another day."
Mallam El-Rufai went on ‘’to remind General Buhari that he has remained perpetually unelectable because his record as military head of state, and afterwards, is a warning that many Nigerians have wisely heeded. His insensitivity to Nigeria’s diversity and his parochial focus are already well-known."
During the recent 2014 APC presidential primaries,  Atiku had this to say of Buhari:
“I believe that the next president of our country, who by the grace of God will be
produced by our great party, must be someone who is a unifier, bridge-builder and not someone who bears ethno-religious bias. Above all, he must embody a vision of a Nigeria for all.”

Reacting to Buhari’s quest to rule Nigeria, Sheik Gumi, the respected and sometimes controversial Islamic cleric cautioned him to withdraw his ambition to rule Nigeria again. He amongst many reasons expressed the view that Buhari has become too controversial and divisive that a nation hanging on the precipice could not afford to be led by a man with his reputation. He added a very interesting angle to his advice. He said that Buhari has often been sold as an incorruptible man who would fight corruption single handedly. Sheik Gumi had a different opinion.  He said that Nigeria’s current problem is beyond fighting corruption and there are more critical issues than the agenda of a single minded crusader. I agree with him because Buhari has failed to appreciate that majority of the people in public office are thieves and he would have a very limited success in dealing with them in a civil democratic setting. We need to survive as a nation before we talk of fighting corruption. New generation of people, new ideas and new ways of doing things is what Nigeria needs.

Buhari has stayed very long in public life for us to know him very well. His record in office and his public utterances are enough for us to know him as a stubborn, single minded dictator with extremist views. Buhari has not hidden his strong closeness to his religious and regional base. His record including very provocative utterances indicate a man with little consideration for views or interests of people who do not share his world view. Unfortunately, extremist leaders have a way of commanding a cult following by people who see things from same narrow prisms. This is the concern about Buhari’s candidature. His mob would like to convince us that a good man has been denied a chance to rule Nigeria. They will forget that he has had his chance and thrown out by his contemporaries as being highly unsuitable and dangerous. He has since then tried on three different elections and rejected by Nigerians as unsuitable. In 2011his rejection sparked off one of Nigeria’s ugliest election mayhem. Only a diehard and unpatriotic egomaniac, knowing the implications of his likely failure will subject his country to another possible conflagration.

All Progressive Congress (APC), Buhari’s political party is a party of several contradictions and unworthy of being taken seriously. Political parties are defined and identifiable through their leaders and what the leaders profess. Progressive in Nigerian political parlance indicates a liberal and modernist leaning. What a contradiction that APC is being led to the polls by a confirmed ultra conservative and religious bigot. There is nothing in Buhari’s DNA that indicates that he would accept any ideology that is contrary to his well known position. So what is APC? Buhari has been looking for a political platform to fulfill his burning ambition to rule Nigeria. He commands a cult following among a section of predominantly Northern Nigerians who see him as the champion of whatever fringe interests they believe in. These views are obviously not shared by majority of Nigerians. It has dawned on Buhari and his followers that their narrow geo-political and religious base places serious limitations on their efforts to rule Nigeria. The South-East and South-South geo-political zones are impregnable fortresses of PDP. The most likely ally remaining was the maverick Bola Tinubu with a sizeable control of South West politics. Bola Tinubu, a street wise political businessman in a somersaulting move in 2011 elections delivered his support to Goodluck Jonathan to win the elections. Buhari has now engaged in a marriage of convenience with Bola Tinubu hoping to mobilize the South West votes in his favour. APC is simply a platform of convenience that will disintegrate if the primary objective of winning the federal seat of power fails. Buhari is not a party man and will never be amenable to party control. Since his adventure into civil politics he has never served any period of political tutelage to understand the nuances of democratic practice. He has always built political vehicles to take him to his destination and to disembark once the journey becomes unrealizable. The present APC passengers are predominantly disgruntled PDP members who will return to their original PDP home once the elections are over. APC has nothing to offer Nigeria in terms of resolving its real issues.

PDP is a problematic political organization but it has one feature in its favour. PDP is truly pan-Nigerian political machinery. All the acceptable and non acceptable political leaders of Nigeria have conspired to belong and run Nigeria from this behemoth called Peoples Democratic Party of Nigeria. PDP leaders in Sokoto, Kaduna or Adamawa share the same interests as the PDP leaders in Imo, Ondo or Bayelsa and they genuinely believe that they have equal rights to share the spoils of political participation. Critical issues of concern in Nigeria can only be safely discussed and managed in such pan Nigerian settings, hopefully when the current set of politicians have been weaned off. Nigerians must ensure that it is not done under the political contrivance of two mavericks like Buhari and Tinubu.

(Emmanuel Chigozie Osuchukwu is a London based writer. He can be reached on emmanuelosu@hotmail.com or tel. +447880600236)
Posted by PublicInformationProjects at 02:34