Article: What If The Card Readers Fail? 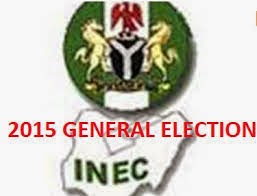 I have read and listened to Prof. Attahiru Jega and some of his RECs talk about INEC’s plan to use the Card Readers in the forthcoming election. At first I was impressed, but when I took a critical look at the plan, my alarm system was triggered off.


During the last voters registration, when the Data Capture Machine was first used to capture voters details, I was at a Polling Unit where I went to register, a man who came to register just like everyone of us placed his thumb on the machine, it rejected his registration and a picture of a lady popped up as the owner of the thump print. Both the man and the INEC Adhoc officials were confused. They tried to register the man with another machine and succeeded.

What happened then is called Software Error.  Much as I commend the Card Reader innovation, I can’t help paying attention to some thought provoking questions my alarm system is bringing up concerning the proposed use of Card Readers in the coming election.

I suggest INEC should allow whoever has his name and picture on the voters register to vote, let’s not disenfranchise Nigerians in the name of Card Readers. The future of this great country is now in the hands of INEC, INEC should not gamble with the faith of 140 million people.