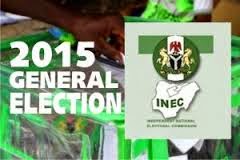 We the under-listed Civil Society Organizations (CSOs) critically observed and strongly condemn the ongoing undemocratic, unpatriotic, dubious and unwarranted efforts at postponing the upcoming February 14 and 28 general elections, primarily to satisfy the political ego of some pathologically dishonest politicians.


We observed that in the last few days, there have been intensifying agitations and unnecessary push by a deliberately deceptive political cabal to maliciously extend the date of the upcoming elections, to ensure the Chairman of the Independent National Electoral Commission (INEC) Prof. Atahiru Jega, whose tenure is about to elapse does not supervise the elections.

It is worrisome that the group has embarked on all sort of undemocratic attempts including pushing for the postponement of the elections to sabotage various effective measures and integrity the Chairman has instituted to achieve credibility and equal level playing field for all candidates in the upcoming general elections.

We are aware that the originators of the call for the rescheduling of the election are aware that Jega’s tenure is about to elapse, hence a shift in the election will mean that he (Jega) will be out of office when the elections eventually hold; and after they might have installed their puppet as Chairman of INEC.

Although, INEC, which has the Constitutional mandate to postpone elections, has consistently given assurance of its readiness to conduct free, fair and credible elections as at Constitutionally stated dates (February 14 and 28), however, it is disturbing that some terrified politicians are instigating crises in various parts of the country, primarily to justify their desire for postponement. In this regard, any attempt at postponing elections or manipulate the mandate of INEC would portrait total disrespect for the provisions of the Constitution and the rule of law.

Also, in order to stop INEC from conducting free, fair and credible elections, some politicians have persistently employed the service of hoodlums, who are financed to instigate crisis. For instance, Governor Isa Yuguda of Bauchi State has revealed as part of the tactics to fuel crisis, how Senator Bala Mohammed, the Minister of Federal Capital Territory hired the thugs that stoned President Goodluck Jonathan’s convoy during presidential political rally in Bauchi, mainly to initiate crisis.

We condemn the plot to postpone the elections for desperate desires of an unjust political class, who wants to assume or sustain power by all illegitimate means. It has also come to our notice that proponents for the postponement have been strategizing through secret meetings with various groups, to recruit them for their suspicious campaigns to strengthen postponement of the election.

We find it shameful that in spite of the global outcries against widespread corruption in Nigeria, public fund is diverted to mobilizing some group of individuals, organizations to force postponement of the elections. As part of the strategies to postpone the elections, women and youth groups across the country have been procured to protest with placards to various INEC’s offices both at national and state levels, complaining about the electoral body’s refusal to deliver their Permanent Voter Cards (PVCs) to them. The protesters will then call for a postponement of the election so they would not be disenfranchised.

Similarly, the political landscape has been heated with series of provocative statements, destructive arguments and negative utterances that can impair our national democracy. It is against this background that we join all well-meaning Nigerians to call for the immediate arrest and prosecution of any person or group of persons threatening violence or instigating crisis of any form ahead of the upcoming general elections.

We recall that recently, former Minister of Defence, General Theophilus Danjuma (rtd) had called for the immediate arrest of some identified individuals including Mujahid Dokubo-Asari; Victor Ben Ebikabowei, Boy Loaf; Government Ekpudomenowei, Tompolo; and other militants following their threat to unleash violence on the country and take back Niger Delta oil should the president Goodluck Jonathan lose in the upcoming election.

We are aware that some unscrupulous individuals have been initiating trouble through negative actions such as rumours and incitement for their dubious gains at the detriment of Nigeria unity. This is not limited to horrible statements made with the intent to create a climate conducive for catalyzing people to violence.

We find it unacceptable and unwelcome development, persistent threats by violence mongers or political hoodlums that can hurt the unity, peace and stability of Nigeria. We condemn all manner of unguarded statements that have inimical impact on the corporate existence of the country or ridicule the country’s image.
It is worrisome that some individuals are found making inflammatory statements not minding the dreadful consequences such can pose against peace and unity of the country. It is time to rethink and discourage unproductive words in our society by stop giving baseless prominent attention to political gamblers.

Our Prayers:
We therefore:
Signed: