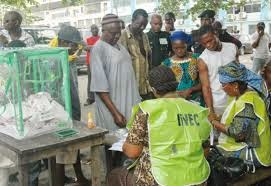 Nigeria’s leadership crisis is a frustrating detail. The country has seen unprecedented revenue in recent years from the oil sector. The country has also become the largest economy in Africa, with overnight billionaires everywhere. Yet, the ordinary man or woman has waited in vain to feel the welcome breeze of the fortune. Nigeria finds herself in this predicament mainly because many politicians are allowed to loot public treasuries without qualms. They are also allowed to freely collude with contractors to steal the billions allocated for basic amenities and the general welfare of the masses. Given that there are no serious consequences for bad behavior for our leaders, things are only getting worse day-by-day.


The most vulnerable are the masses who continue to wallow in abject poverty and despair. Very sadly, there is a mass exodus of innocent youths and erudite professionals to both richer and poorer countries. To capture a better picture of this irony, some of these fleeing Nigerians seem to have no other choice than to embrace the harsh conditions in immigration jails in the foreign lands as more hopeful than the free life in our native land. A good number of others who do not have the means of leaving the country have resorted to all sorts of crimes—from terrorism, armed robbery, kidnapping, internet fraud, pick-pockets, motor-park touts, and what have you.

Under normal circumstances, people turn to their faith in times of crises but the Nigerian situation is far from normal: The same corrupt politicians have unleashed the sense of impunity into the religious community. They would pose as benign philanthropists, donating huge sums of money or erecting mega churches and mosques. In the process, they dictate the content, character, and manner of many places of worship. Perhaps to continue to enumerate the Nigerian dilemma here does nothing but further ridicule the notion of common sense. The point is that there are crises in most places, just about everywhere—in the East, in the North, West, and South.

Worst of all, the elected officials no longer seem to care or worry.

But, biko, frankly speaking, why should they care or worry? Why should our leaders worry when most of them have huge bank accounts overseas, can engage in foreign medical treatment, and place their children in the best schools around the world? Please, how and why are they supposed to worry when they can acquire bullet-proof cars, erect huge mansions, polish them with the posh generators, and avoid bad highways by flying in helicopters and private jets? Think of it, should they really worry when they can deploy the police and the army to guard their families or fly them abroad in times of crises? Should these leaders really worry when it never dawns on them that ‘what goes up must come down’—that they or their loved ones can also be exposed to the same poor amenities on the way to their safe heavens in the villages and while around those villages? Why?

The answer to the above questions is quite simple: Our leaders think the masses are fools. Even though elections are supposed to serve as a day for reckoning for people in positions of power, these leaders believe they can always manipulate the voters by exploiting the miserable condition on the ground. They do so by parting a small portion of the illegitimate wealth to buy their way back to power. They do so by preying on the helpless, the elderly and the poor, who yawn for token needs, such as rice and salt, etc—items that only last till the votes are counted.

Yet, the most disheartening is the case of the restless youths who are being enslaved and brainwashed in the process. Not only do these politicians rent the youths as crowds, body guards, thugs, and pimps; they energize the scheme by enticing them with bogus promises and other exigent necessities that serve no purpose than to place the poor boys and girls in perpetual bondage. Today, some of our youths have only grown to emulate the bad behaviors of their corrupt masters while others have become so afraid to express their opinions talkless of criticizing at all. To rub salt in the wound, these political merchants go wholesale, by paying off a clique of barefaced tribal and religious leaders, who claim to represent the interest of all.

Here is a very good witness: The President of the Federal Republic of Nigeria, His Excellency Goodluck Ebele Jonathan. This new year, January 16th, to be exact, the president was kind enough to admit in his own words that Nigerian leaders from national independence till today, his humble self included, “have been buying and selling votes, and the country is drifting backward.”  True!

Also true is that these politicians still think the 2015 elections will be like the others in the past. In fact, the various candidates running for office in the different parties—from the position of the president down to the State House of Assembly—have already amassed tons of money to buy over our votes so as to remain in power or gain power. For example, even though the Electoral Act of 2010 pegs presidential campaign expenditure at no more than N1 billion, the two major presidential candidates seem to be reading the law upside down. At the time of this memo, President Jonathan has opened the floor with over ₦21 billion, rained by billionaires and his serving PDP governors, with many more queued up to get a piece of the action. His closest challenger, Muhammadu Buhari of APC, is far behind but not entirely left out. The APC candidate has counted over ₦118 million from small sprayers but still hoping for additional N5 billion by selling 5 million yams donated by farmers.

But we have a very bad news for them—this time: Regardless of our differences in tribe, religion or party affiliations; regardless of whatever they bring your way, most of which is our common wealth anyway; this time must appeal to our conscience. True democracy demands checks and balances, transparency, and consequences for bad behavior. Accordingly, the Nigerian situation calls for strong leaders who can provide security for our country and hold people accountable for their actions. The Nigerian situation calls for leaders who will not loot the funds meant for amenities and welfare of the masses.  The Nigerian voters are not fools. We need men and women who can lead by example and are serious about curbing the endemic corruption and indiscipline in our society. We need honest men and women who can provide permanent jobs for our youths—not handouts. Now is that time for you to vote for principled leaders who can keep promises. The vote is secret! Now is that time for you to vote your conscience and defend democracy.

We can start by sharing this message!