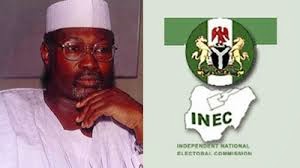 In recent publications of International Society for Civil Liberties & the Rule of Law, we held that the Nigeria’s National Register of Voters; Nigeria’s ground foundation for its democratic elections, is grossly tainted and sectionalized under the midwifery of the Independent National Electoral Commission headed by Prof Attahiru Jega. The National Register of Voters is tainted because it lacks purity and accuracy of data and administrative management.  It is also filled with names and objects that are foreign and alien to the Constitution of Nigeria 1999 and the Electoral Act of Nigeria 2010 such as under-age registered voters and illegal immigrants registered as voters. This gross sharp practice is common and arbitrary in the Northwest and the Northeast geop

On the other hand, the referenced Voters’ Register  is grossly sectionalized because there is a deliberate policy put in place by the headship of INEC designed to oust and cripple the voting numerical strength and rights of some federating partners in the Federal Republic of Nigeria so as to give others strategic advantage. This includes capturing as much Northern Muslim population as possible as registered voters including under-aged and suppressing as much Southern Igbo and other minority populations as possible as disenfranchised and un-registered voters.
From blatant refusal of the headship of INEC to capture and incorporate millions of Igbo IDPs resident in the North, who fled to the South; into ongoing IDPs voting policy of INEC or Voters’ Cards Transfer; to suspicious, random and arbitrary deletion from the National Register of Voters of a large number of referenced Igbo residents in the North in the form of double registrants. Others are clear unwillingness and inability of the Commission to capture as much adult Igbo citizens as possible as registered voters during various continuous voters’ registration exercises across the country and deliberate policy across the country by INEC and criminal third parties designed to deny Igbo citizens and other minority populations access to their Permanent Voters’ Cards (PVCs) through INEC’s data loss;  defacing, stealing, destroying, impersonating and hoarding by criminal third parties in collaboration with malicious INEC staff, of PVCs belonging to Igbo citizens; as well as stringent procedures put in place by INEC designed to frustrate Igbo citizens and other minority populations from accessing their PVCs alongside other Nigerians.
2010/2011 National Voters’ Registration & Its Electronic (AFIS) Certification
After the referenced general voters’ registration exercise carried out by INEC under Prof Attahiru Jega, the Commission announced a provisional registration of 67.7million Nigerians as provisionally registered voters subject to full electronic certification and other processes. On Thursday, 3rd of March 2011, INEC released another raw figure of 73, 528, 040 as total registered voters. This figure remained raw and unprocessed, except Cross River State, which subjected its raw figure to automated fingerprint identification system and brought it down from 1.7m registered voters to 1.14m registered voters then.
Owing to the closeness of the 2011 General Elections held in April and other related factors, the unprocessed figure of 73, 528, 040 registered voters was allowed and used. After the General Polls of 2011, the Commission subjected the referenced figure to automated fingerprint identification system (AFIS), which brought the figure down from 73, 528, 040 registered voters to 70, 383, 427 post AFIS registered voters. It is important to remind that the latter figure has been in official use by INEC as Nigeria’s post AFIS registered voters (70, 383, 427 ) until November/December 2014. In other words, the total number of post AFIS registered voters for the country as at 2014 was 70, 383, 427.
For the avoidance of doubt, AFIS or Automated Fingerprint Identification System is a demographically configured computer application meant to identify and weed out registered voters who conscionably or unconscionably engage in multiple registrations and other sharp registration processes. When AFIS process is successfully applied, the figures usually go down after the unwanted figures are weeded or cleaned up.
It is in view of the foregoing that we decided to take a second forensic look into the National Register of Voters managed by INEC particularly as it concerns the marked inexplicable difference between the Commission’s 2014 figure of 70, 383, 427 registered voters and the early 2015 figure of 68, 833, 476. The referenced difference is 1, 543, 961. Part of our thorough investigation is to also find out the number of newly registered voters captured by the Commission during recent continuous voters’ registration exercises across the country and their State-by-State representation. The ground intent behind our noble enquiries is to ensure open, transparent, credible and non sectional or tribal management of the National Register of Voters by the Independent National Electoral Commission.
In the second part of this publication of ours, it will be revealed statistically how Prof Attahiru Jega led INEC deleted in two months (November/December 2014) a total of 3, 796, 767 registered voters from the National Register of Voters. These INEC tagged “pre AFIS double/multiple registrants”. We also discovered that a total of 2, 130, 502 registered voters were captured by the Commission across the country in 2014 during its continuous voters’ registration exercises. The Commission’s claims that the affected deleted registered voters were deleted from the National Register of Voters following its 2011 post automated fingerprint identification system were found by our thorough investigation to be grossly unsubstantiated, illogical and contradictory.
Signed:
For: International Society for Civil Liberties & the Rule of Law
Emeka Umeagbalasi, B.Sc. (Hons.) Criminology & Security Studies
Board Chairman, International Society for Civil Liberties & the Rule of Law
+2348174090052(office)
Uzochukwu Oguejiofor, Esq., (LLB, BL), Head, Campaign & Publicity Department
Obianuju Igboeli, Esq., (LLB, BL), Head, Civil Liberties & Rule of Law Program
Posted by PublicInformationProjects at 08:41