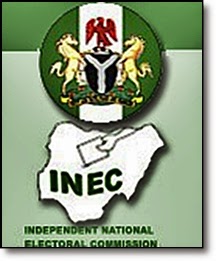 Foundation For Environmental Rights, Advocacy & Development(FENRAD) in collaboration with Coalition of Abia State Civil Society organization Held a news conference on the postponement of Elections and the Hurdles before INEC Ahead of the March 28th Presidential Election and the Governorship election on 11th of April 2015.


Ahead of the General Election as it affects Abia State, Various concerns were raised and INEC was charged to:

2.INEC should produce Enough Training Manuals for the Election for the Adhoc staff to get more better understanding of the Electoral process especially on how to use the Card Readers, Because it is reported that ICT Personnel in the State could not updates the smart card software including those of them trained in china to operate the system.

3. Conduct training and Simulation exercise for the INEC officials that would be directly involved in the conduct of the Elections. Conduct Training of the Adhoc Staff on the Card Readers and other Facets of the Election in the State

5.Supply Enough Stationery to the state or decentralize its procurement
Revisit the PVC Distribution and address the issues of stolen PVCs and Other Electoral offense like destruction of Bill boards of opponent Parties. Monitor the issues of campaign financing and Abuse of the state Administrative Resources in line with the provision in the Electoral Acts

7. Urged the State Resident Electoral commissioner to immediately convene a larger stakeholders’ forum to brief all strata of Abia state socioeconomic lives on the INEC Preparedness on the conduct of the Election and the level of the PVC Distribution in the state.

Finally commended the Peace Accord initiated by the Commissioner of Police Abia State to bring all political parties candidates to sign a Peace Accord to ensure that Elections in the state is void of electoral crisis and other anti social activities.