News Release: What Jega’s INEC & Nigerian Electoral Stakeholders Must Do 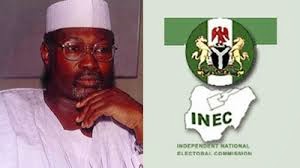 The news of shift in the dates of the Nigeria’s 2015 General Elections announced by the leadership of the Independent National Electoral Commission led by Prof Attahiru Jega has reached us. In our last public statement, dated 6th of February 2015 and titled: the Return of Sectional Human Rights, Media & Political Activism in Nigeria, we stated clearly that fixing of dates or shifting of same for general polls, or a part of it in Nigeria, solely resides with INEC and that if INEC deems it fit to shift or retain same, it is constitutionally grounded provided it does not exceed thirty (30) days before the next handover (29th May, 2015).


What INEC Must Do: Having gone through and carefully studied the full text of the INEC’s Chairman late night press conference of yesterday, the Commission must do as follows:
1. Disclose publicly with the State-by-State breakdown of the new total number of registered voters in Nigeria, which the Commission says is 68, 833, 476.
2. Disclose publicly with the State-by-State breakdown of a total of 1, 543, 961 registered voters, which the Commission labeled “double registrants” and deleted from the National Register of Voters between November/December 2014 and first week of January 2015.
3.In view of the fact that the 2010/ 2011 pre-AFIS figure in the National Register of Voters was 73, 528, 040 and post AFIS (automated fingerprint identification system) of 70, 383, 427 registered voters; Nigerians want to be told publicly by the Commission how it came about the total of 1, 543, 961 registered voters, which it summarily and magisterially labeled “double registrants” and deleted.
4.The Commission should tell publicly Nigerians the total number of registered voters captured or registered since 2012 in its continuous voters’ registration exercises.
5. In view of the fact those 1, 543, 961 summarily deleted “double registrants” voted in 2011 general elections, the Commission should publicly tell Nigerians how they suddenly became “double registrants” in  late 2014 and first week of 2015.
6.Nigerians want to know whether those 1, 543, 961 deleted registered voters are “double registrants” for real or victims of “INEC data loss” or ethno-religious demographic data manipulation perceived to have been designed for a particular zone against the other.
7. In view of the security challenges in the Northeast, acknowledged by the Commission leading substantially to the present polls’ shift, the Commission should publicly disclose to Nigerians how it came about distribution of whopping 6, 678, 148 PVCs in the entire six States of the zone as at 27th January, 2015, which are: (a) Bauchi State: 1, 745, 441, (b) Gombe State: 873, 698, (c) Yobe State: 740, 336, (d) Adamawa State:  1, 239, 820, (e) Taraba State: 1,079, 338  and (f)  Borno State:   999, 470. This figure has as at 5th February hit over seven million PVCs with Borno State, which still has twenty out of its 27 LGAs in the hands of Boko Haram insurgents; hitting over one million PVCs.
8. INEC must dutifully, speedily and aggressively distribute the remaining 23,003, 668 PVCs particularly in the South and take delivery of the remaining un-produced PVCs numbering about 2.8m.
9. INEC must ensure that as many as 95% Nigeria’s registered voters receive their PVCs before the adjusted polls’ dates even if it means taking them to their homes or polling units and subjecting same to delivery on identification.
10. INEC must publicly and transparently disclose to Nigerians how it came about the so called “special polling booths” for red spots   in the Northeast zone as well as legal basis upon which it did it.
11. INEC must explain to Nigerians the reasons as well as legal basis behind its decision not to transfer the voters’ cards of those registered voters mostly non indigenes of the Northeast and the Northwest who fled or relocated to the South and other safer areas of the country following insurgency threats and other politically oiled unsafe conditions.
12.  Upon the above basis, INEC owes Nigerians expeditious explanation as in whether its decision runs or does not run contrary to Section 13 (1-4) of the Electoral Act of 2010.
13. That out of 5,905, 852 registered voters in Lagos State, only 2, 267, 039 have received their PVCs as of date leaving 3,638, 813  in the State without PVCs; is very shocking and alarming, especially when compared with Kaduna State’s 2, 976, 628 PVCs out of 3,407, 222 registered voters; Kano State’s 3, 190, 417 PVCs out of 4, 975, 701 registered voters; and Katsina State’s 2, 245, 039 PVCs out of 2, 827, 943 registered voters. To this effect, the ugly trend under reference must be reversed by the Commission.
14. Henceforth, Nigerians must no longer accept any PVCs distribution public update by INEC unless it is accompanied with State-by-State breakdown. In other words, INEC must always attach State-by-State breakdown of its PVCs distribution update across the country.
15. INEC must adopt across board procedures all over the country in PVCs distribution and conduct of the polls proper and ensure that all its ad-hoc and substantive staff adhere strictly to them.
16. INEC must enforce to the letter strict adherence to voting accreditation particularly in the Northeast and the Northwest.
17. INEC must practically eliminate all forms of under-age accreditation and voting, which is very rampant in the Northeast and the Northwest.
18. INEC must publicly tell Nigerians the academic status of Mr. Muhammadu Buhari, presidential candidate of the opposition All Progressives Congress particularly whether he has provided the Commission with any constitutionally required post primary school certificate. Though a number of civil suits have been filed to that effect but  the applicants may most likely lose the case on the fundamental grounds of “locus standi”; thereby leaving Nigerians in further dark without knowing whether their potential president & commander-in-chief will govern them, if elected, with “ a Daura Nomadic certificate” or “ a school term exams result sheet”.

What Security Agencies & The Service Chiefs Must Do:
19.They must ensure that the new polls’ dates are not tempered with on security grounds again because they will be in grave dispute with the Constitution of Nigeria 1999 as amended in 2011.
20.They must carry out their duties in consonance with the Constitution, public interest and safety and disallow all forms of primordialist and clannish distractions from alarmist political parties, politicians, groups and media.
21.Reports on security concerns emanating from the media, CSOs or political circles must be further subjected to forensic securitization investigation or verification before being acted upon. This is because there is a virus in circulation emanating from psychology of politics, which can cause security blunders and breaches.
22.The Northeast and the Northwest zones must be designated as security and poll nipping points or red spots during and after the polls.
23. All the palaces of Emirs and District Heads as well as Mosques and Houses of leading politicians in the areas must be placed on tight and close watch during and after the polls.
24.Thumb-printed ballot papers and boxes emanating from areas or palaces, mosques or houses other than polling units or booths clearly known to INEC and the Federal Government, must be impounded, confiscated and destroyed.
25. All under-age voters and people holding PVCs with different photographs particularly in the Northwest and the Northeast must be identified and arrested.
26. All registered voters with correct PVCs particularly in the Northeast and the Northwest must be forced to go through voting accreditation processes before they are allowed to vote.
27. Street urchins, who are notorious in triggering off group violence or threat of same particularly in the Northwest and the Northeast, for the purpose of evading voting accreditation, must be cocooned and warded off.

What APC & Its Supporters Must Do:
28. Avoid raising false alarms, blackmails and leveling unsubstantiated allegations against its opponents. For instance, alleging that its opponent bribed some Christian leaders to the tune of N6B to support its opponent’s presidential candidate, which is  yet to be incontrovertibly proved; portrays the party in a bad light and may amount to touching God’s anointed apostles. Similar allegation was visited against the leadership of Ohanaeze Ndigbo; saying they were bribed with N5B. Let it be clearly stated that  it is a political right entrenched in the Constitution and made justiciable by Section 46 as well as in the  African Charter on Human & Peoples’ Rights of any citizen or group to support and associate with any lawful political divide of his or her choice.

What PDP & Its Supporters Must Do:
29. Refrain at all times from deploring State coercive institutions against any dissenting voice no matter the amount of provocation or threats.

What PDP & APC & Their Presidential Candidates Must Do:
30. Enough of campaigns of nothingness, primordialism and eat and defecate! The collective yearning of Nigerians, which the two parties’ presidential candidates have woefully failed to address in their campaigns; is captured in the confines of animal riding; to wit: horse riding, camel riding and goat riding. Out of these, Nigerians desire desperately for horse riding. Nigerians want to see real or perceived competence and capability of either of the two leading presidential contestants to take them to horse riding heaven or return them to camel riding; or worse still, goat riding.

Finally, we thank all Nigerians particularly the online and social media as well as the Vanguard, the Guardian and the Hallmark Newspapers for their massive support to the leadership of Intersociety, which has been in the forefront and warfront over struggle for timely, all-inclusive and geopolitically balanced distribution of PVCs for every registered Nigerian voter.

We, again, reject in totality the Jega’s INEC attempts to exonerate its Commission from   the PVCs distribution controversies. INEC, till tomorrow, is solely responsible for all the pitfalls associated with same. The Commission’s inexcusable excuse to the effect  that PVCs status could not have substantially affected the preparations of the 2015 polls, but for security issues leading to their shift; is thunderously laughable.

It is very important to state here that the two major challenges that can mar any poll preparation are disenfranchisement and insecurity.  In view of this, it is our strong recommendation that the Federal Government of Nigeria should consider sending the headship of INEC under Prof Attahiru Jega, after the 2015 polls to Afghanistan and the United States so as to learn and be trained on how to organize polls under insurgency (Afghanistan) and pre election enfranchisement of eligible and potential voters (United States).