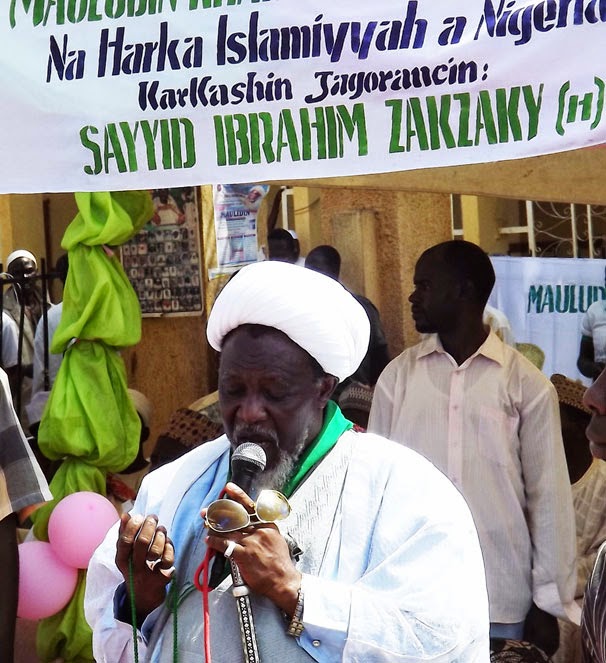 In its effort at sensitizing Nigerian youths on current situation in Nigeria and the world over, Abul Fadhl Abbas Foundation, a youth organization under the stable of Islamic Movement in Nigeria led by His Eminence Sheikh Ibraheem Zakzaky (H), has recently organized a conference in Yola. Titled, “Islamic Youth Awakening”, the event took place at the conference of Royal Guest and attended by youth organizations from far and near.


Speaker at the occasion, Alhassan Maina gave brief history of the Messenger of Allah, his message and exemplary conduct and qualities worthy of emulation.

Instead of the world to appreciate and emulate these unprecedented qualities, he lamented, some section of who are enemies of the Holy Prophet, decided at this point in time to ridicule his personality in order to provoke his followers.

Maina further observed that, the whole aim was to tarnish the image of Islam as religion of terrorists, targeting youths in their unfortunate campaign.

He therefore called on Nigerian youths not to be deceived by such campaigns of calumny, and they should use their God-given faculty of reasoning to discern truth from falsehood.

He said, the only solution to world’s problems is complete return to the message brought by Prophet Muhammad, carried forward by Sheikh Usman Bin Fodiye, Imam Khomeini, now being propagated by Sheikh Ibraheem Zakzaky.

Maina urge Nigeria youths to support the call by Sheikh Zakzaky as the only panacea to the current problems in Nigeria.

He further said, youths should emulated the relentless effort of Sayyed Ahmad Zakzaky, whose youthful age was dedicated to propagating and championing a just cause, hence the termination of his life, his brothers and other members by Nigerian soldiers under Colonel S.O. Oku.

Also in his speech, Jamilu Musa Bauchi described the youth as the backbone of any society whose potentials must be properly harnessed and utilized to bring about the needed change.

He charged the youths to be agents of change, while lamenting the anarchy ruling Nigeria through covert operations and support of some among the citizens.

He pointed out that, Nigeria remains dependent till such a time there prevailing problems are completely eradicated and wiped out.

At the end of the conference, consultations among youths took place at the end of which many of the participants expressed appreciation and accepted to be catalysts for the establishment of a just society, guided by divine injunctions.

Dinner was also organized for the participants.
Posted by PublicInformationProjects at 10:21