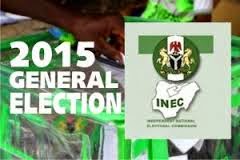 Our Attention has been drawn to the irregularities, Lapses and Lacuna discovered in the recently conducted Presidential, Senatorial and House of Representatives Election held on the 28th March 2015.The Aftermath as well as the echo still ring bells. The interest of civil society organizations in the state is strictly on ensuring a free, fair and credible Election. Suffice it to say that the just concluded election attest to the fact that much still needs to be done in Subsequent Election with affirmative result. To this End a whole lot is still expected in the form of training and awareness creation particularly on Voters Education by the political parties to their supporters and followers, particularly on the part of electorates protecting their votes and building synergy with civil society organization working as an observers.


We observed the growing attention to the failure of card readers, the wanton and indiscriminate use of incident form which resulted to manual accreditation thereby violating the electorate Act.

We vehemently condemn the action of some INEC Adhoc Workers who collaborated with few political parties and their Agents to scuttle the Election billed to be just.

Areas where these irregularities were highly witnessed are Osisioma, Obingwa, Umuahia North and Aba South LGAs.In Obingwa for instance there was a total registered Voters of 98,253 whose preference were largely tilted towards a candidate of a political party which was alleged that was short changed by a political party senatorial candidate who got a total vote of 64,899 block votes which is presently contested has been flawed. Petition submitted by the candidate of the political party is attached to this release and pictures of the youths protesting outside the Aba-South Local Coalition center yesterday.

The same incident was also experienced in Umuahia North LGA where the people choice was circumvented by the incumbent Governor who is vying for the Abia central senatorial zone as alleged by the party Agents and other observers. In Osiosima LGA there was issue of Bomb scarce which naturally prevented enthusiastic and eager voters from coming out enmass to exercise their franchise, there are all acts of manipulation and security breach. In Aba South an electoral officer was arrested in ward 9 for aiding and abetting irregularities in the process of Election. In Aba Ward 6 precisely it was witnessed that materials arrived late at about 12noon in the afternoon, and this was in the same in most polling units observed in the Election.
We the undersigned organizations therefore demand the following.

1.Total cancellations of the Elections conducted in the mentioned Local Government Areas and those erring Adhoc INEC Officers dealt with immediate disciplinary Action.
2. Consistent emphasis on the early arrival of election materials in the subsequent Elections
3. INEC should ensure functional card Readers are used for the subsequent Elections

In Conclusion we commend the Electorate for their peaceful and the manner they conducted themselves during the Election and the large numbers of voters who troop in enmass to cast their votes and hope the same will be replicated in the April 11 Gubernatorial and House of Assembly Elections.