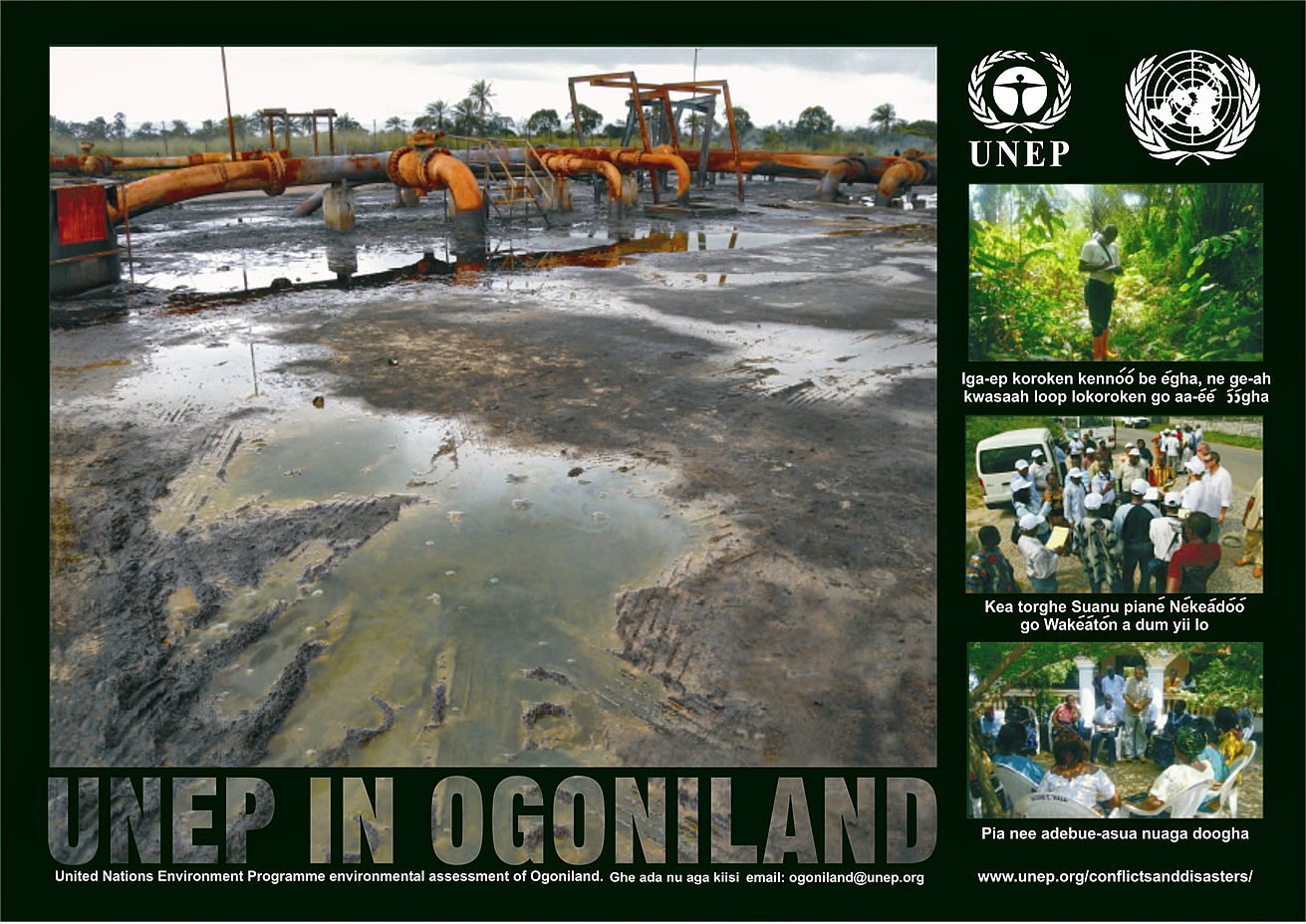 Twenty-five experts have petitioned the Federal Government of Nigeria to declare Ogoniland an ecological disaster zone and clean up the environment. The petition, signed by environmentalist Nnimmo Bassey and other laureates of the Right Livelihood Award, (often referred to as the the “Alternative Nobel Prize”), comes as controversy ignites over reports that a Nigerian oil company, Belema Oil, may recommence oil extraction in Ogoniland, over 20 years after Shell suspended its operations.
For the full petition please refer to:

Ogoniland is part of the Niger Delta region of Nigeria. Decades of oil extraction by Shell and other companies left the area contaminated and polluted, with residents complaining of health impacts, environmental destruction and the loss of their livelihoods. Although Shell left Ogoniland in 1993, oil spills continued to occur regularly. A 2011 independent assessment by the United Nations Environment Program found that drinking water in wells was contaminated with 900 times the World Health Organization’s recommended level of the carcinogen, benzene, and that it would take between 25 and 30 years to restore the environment.

“We are concerned that almost four years after the release of the UNEP report, no significant step has been taken to implement its recommendations,” stated the laureates. “We are even shocked to learn of moves by corporate interests to restart petroleum resource extraction in Ogoniland without first looking at the question of environmental restoration…This development will only compound the devastation and further diminish the livelihoods of the people and their chance of enjoying their lives in dignity.”

The laureates are also demanding that the Nigerian government provide potable water for people in Ogoniland and commission an assessment of the entire Niger Delta environment. They urge all countries to “learn from the Ogoni ecological disaster and insist on free, prior and informed consent of citizens in communities and territories where resources are found.”

While some Ogoni community chiefs have reportedly been collecting signatures in favour of resuming drilling, The Movement for the Survival of the Ogoni People, founded by Right Livelihood Award recipient Ken Saro-Wiwa in 1990, has opposed Belema Oil’s interest in extracting oil in Ogoniland. Saro-Wiwa and 8 other Ogoni activists were executed by the military government of Sani Abacha in 1995, amid international outrage.

“We consider as appalling and provocative the role of Belema Oil in this whole saga,” said Bari-ara Kpalap, Public Affairs Advisor to the MOSOP President, Legborsi Saro Pyagbara, in a statement.

Environmental activist and recipient of the 2010 Right Livelihood Award, Nnimmo Bassey, who initiated the petition during a conference of Right Livelihood Award recipients in India, said, "Any talk of reopening the oil fields in Ogoniland without first addressing the ecological destruction that has been visited on their territory amounts to a gross insult on the Ogoni and the memory of the many Ogoni martyrs who shed their blood in the quest for dignity of their people and the integrity of their environment."