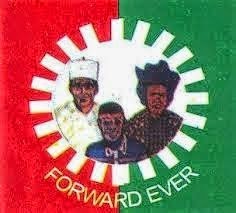 The Labour Party has challenged the recent claim by the All Progressives Congress (APC) that the Jonathan Administration is selling government properties and carrying out fresh recruitment into the civil service. This is contained in a statement issued on Tuesday by the National Secretary of the party, Barrister Kayode Ajulo.
According to Barrister Ajulo, "It is quite unfortunate that a party that should be more interested in strategizing on how to transform its campaign promises to reality is busy chasing shadows and pursuing frivolities and mediocre propaganda. In today's world concocted claims are no more in vogue. If the APC or any other group and their hirelings have evidence of wrong-doings on the part of the out-going government of President Jonathan it is rather more Honourable to produce or publish such instead of engaging in slanderous and baseless accusation."

"We are particularly miffed by such claim that Jonathan's government is recruiting workers. The first question that should interest all is: are the people being employed not Nigerians? Secondly, are they not qualified for the posts? And lastly, is due process not being followed? This is important because the APC needs to be reminded that government and the civil service is a continuum and there is no reason why government activities, including recruitment exercises should be halted simply because there is going to be a change of baton."

"We are equally worried that such baseless claims could actually be basis for retrenchment of workers in public service when the APC government takes over come May 29. If anything at all, Nigerians are expecting the APC government to create more jobs and also improve the conditions of Nigerian workers. There should be no excuse to short-change the Nigerian workers and the ordinary masses in anyway. APC did not promise Nigerians austerity and lack of jobs. It gave hope to the people, and this is the time to reap. That is not miracle. That is the only way Nigerians can make meaning out of the so-called common sense revolution. "

The statement further called on the President-elect and his aides to show respect for freedom of speech and exhibit tolerance.

"Labour Party commends the APC for quickly rising to the occasion to correct the unedifying ban on the coverage of the President-elects activities by Africa Independent Television (AIT), it is clear from unfolding events that a lot still needs to be done to transform the dictator of yesteryears to a modern democrat. The signs are big and bold and must not be left to fester untrammeled. The freedom of speech enjoyed by Nigerians under President Jonathan cannot be traded off for whatever other goodies "change fever" promises. Nigerians need to be on their toes."