Article: The Nigerian “New Dispensation” And Options For Strategic Engagement 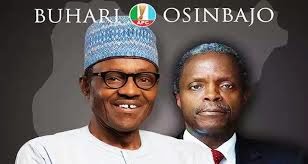 As we approach the inauguration of the new regime and the ascension to power of the new governing party, it is important that we begin to outline the manner and mode of our engagement with this incoming new but old reality.


Why is this necessary? Primarily because although perceptive observers and active citizens and their organisations who have engaged actively with and organized against the misrule, bag governance and frenzied spree of treasury looting of the last 16 years would understand that the tragic all-embracing failure that we have seen is a collective failure of the political elite and ruling class; nevertheless the popular masses not being political scientists nor Marxists, have ascribed the failure to the hitherto dominant faction of the ruling class, punished it in the last general elections, and accordingly rewarded the hitherto less dominant, but now newly dominant faction of the same class.

To the masses it is not the ruling class that has failed, but the faction organized in PDP and which has controlled the federal government and been nationally dominant since 1999. This is why they have rejected that party and coted for the opposition APC.  Were the masses to have understood the tragedy of their existence after 16 years of the 4th republic to the ruling class as a whole, what we would have witnessed is Social Revolutionary upheaval that would have overthrown the ruling class, and not the mere political revolution that is going to replace one faction with another.

Clearly understanding this context will enable us to strategise how to engage with this new reality. A failure to understand this contradictory consciousness of the masses can lead to our isolation, and the consolidation of a populist dictatorship.

Consequently I will focus on two interrelated phenomena: the place of women and youth in the new dispensation; as well as the necessity to build a viable opposition to the left of the incoming regime and new governing party.

First on women and youth; The 2015 general election is perhaps the one to have witnessed the most active engagement of the youth in the 4th republic, if not in living memory.

But although youths have been quite active, propelled by their coming of age experience in ‘Occupy Nigeria’/January Uprising of 2012, they have failed to articulate a Youth Agenda, Program of Action, or series of demands that anyone can engage with generally, or that political parties, governing and opposition can engage with in particular.

It is important however to point out that with an articulated youth agenda, more or less generally accepted by the majority of youths and their organisations, it is not likely that the incoming dispensation will provide a better enabling environment for the youths than the outgoing dispensation.
Let us be very clear about this. The challenge of unemployment faced by the economy, the challenge of growing poverty, as well as that of housing deficit for instance are burdens that fall heavily on the shoulder of the youth.

The only way the national economy and the political and business leadership can respond positively to the challenge of addressing the problems confronting the youth, and thereby ensuring a solid foundation for the future of the country is youths present a national youth agenda.

In order to articulate and promote this national youth agenda, youths will need to put together cross-party, non-partisan, but very highly political National Youth Platform. They will need to support this with a robust national youth advocacy and campaigning process, targeting all parties, and government at all levels.

The demand for minimum 30% youth representation, as is the demand for minimum 35% women representation, which infact need not be mutually exclusive, can only be realized on the basis of evolving such a National political youth, and women, platforms, articulating, and promoting through national advocacy and nationwide campaign, National Women, as well as Youth Development Agendas and Demands.

The task of putting together such national platforms, articulating such national development agendas, and of canvassing for implementation such national agendas and demands is the immediate task confronting women and youths, and their organisations as they prepare to derive the most benefit from the new dispensation.
One immediate step and demand that Youths and Women and their organisations can respectively make is a political demand on political party reforms. This will ensure that both women and youths have a way of directly influencing the policies and strategic directions of political parties.

Youths and women activists and their organisations should demand the reorganization of political parties to take special account of these categories. They should demand for recognized Youth and Women Caucuses of political parties respectively. These caucuses could be organized on the basis of one representation of Youth or women for each of the 109 Senatorial Districts; such that a recognized Youth or Women caucus of a political party would be made up of 109 persons [109 and youths aged 35 years and below and 109 women respectively].

Secondly, at the general population level, our task is to put together a national political movement of the masses that will not only challenge anti-people policies of the incoming administration, but also articulate and promote pro-people policies that can ensure inclusive growth and wealth redistribution, while building a viable political opposition to the incoming governing party, in such a manner that it can eventually challenge and defeat it in the contestation for power.

(Gaskia Is Natonal Coordinator Of Protest To Power Movement [P2PM])
Posted by PublicInformationProjects at 10:57