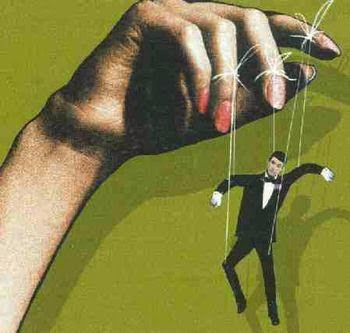 With the return of the various institutions and organs of democracy in the country, which no doubt, granted the citizenry the unrestrained access to hold and ventilate varied shades of opinions and information, one major drawback that is militating against this universally accepted democratic norm remains the unsubstantiated falsehood and deliberate blackmail, laced with pernicious propaganda, which some ‘unlicensed’ stakeholders had capitalized on to perpetrate one crime or another.


This seeming ‘virus’ however, is often hauled against the well-to-do in our society, such as politicians, public office holders, government functionaries and successful business executives, with the sole malicious intent of extorting them, currying one favor or another, or better still, smearing their cherished reputations out of sheer jealousy and political gains.

Unfortunately, this has been the celebrated trend here in Imo state: where some of our able-bodied youths seemed to have abandoned various legitimate ventures in pursuits of the notorious blackmailing business, just to make ends meet. It is also appalling that these youths hide under the blossoming cloak of what they termed “Activism” to perpetrate this dehumanizing act for their selfish interests.

Unarguably, one pseudo and invisible Kenneth Uwadi, seemed to have taken this ignoble path as his stock-in-trade since 1999 till date in the state. Regrettably, this psychopath has taken the advantage of the sprawling and pervasive nature of the social media to boost his illegitimate trade, due to its obvious fundamental flaws. He has also taken the advantage of the fact that the today’s society is always sympathetic to the proletariat, who is always seen as defenseless, against the bourgeoisie. Overtime, Kenneth Uwadi and his notorious partner in this illicit business, Samuelson Iwuoha, as well as their retinue of accomplices, have for so long, bastardized the credibility of the social media users in the state. In fact, Imolites no longer repose confidence on most of the information contents, emanating from the social media in the state, owing to the obvious lies, junks and irredeemable deceits they churn out on daily basis just to hoodwink the unsuspecting members of the public. It is either you are reading about vicious or garnished half-truths orchestrated against Mr. A or malicious propaganda against Mr. B, who have obviously refused to ‘settle’ the cyber boys for the office he or she is occupying in the state.

Kenneth Uwadi, and his infamous co-travelers in the blackmailing business, came to limelight during the administration of former Governor, Achike Udenwa, when he staged unsubstantiated corruption allegations against his government. Expectedly, he was duly ‘settled’ and he subsequently went back to his shield. The administration of Sir Ikedi Ohakim came on board, but this false alarmist reared his ugly head again, firing different forms of falsehood against the Ohakim’s government from all cylinders, but when the chips were down and his demand duly met, this brood of viper shamelessly backed down from the so-called cause he had been pursuing overtime, while leaving his gang-mate, Samuelson Iwuoha to freeze in the cold. It is however, amazing and preposterous how the likes of Chief Achike Udenwa, Sir Ikedi Ohakim, Goodluck Nana Opiah, Princess Ada Okwuonu, Jude Agbaso, Hon. Emeka Ihedioha, amongst numerous others, became Uwadi’s beautiful brides, after some of them had parted him with the requested‘ransom’ even as he ended up praising and projecting  them to achieve their different political aims.

As a name which is synonymous with bad news, Kenneth Uwadi further re-surfaced at the inception of the Owelle Rochas Okorocha led Rescue Mission administration in the state, to do what he knows how to do best: to blackmail and intimidate the government, where his perceived interest was not protected to do what its successors had been doing. But trust our Governor, he really doesn’t give a damn or care over whose ox is gored in this type of game.

Interestingly, Uwadi and a host of his fellow cyber goons have continued to hit the ‘Zuma rock’ in their botched bid to arm-twist the Governor and his fellow Rescue Missionaries. At different for a and social media platforms, it is either he is shamelessly castigating the Governor and his policies, or he is losing his manners against the Deputy Governor, while also concocting various degrees of lies and unprintable allegations against the Speaker of the state House of Assembly. To him, this is where bulk of the money could be found quickly. Ever since these three political leaders in the state called a bluff to his antics, the floodgates of blackmail seemed to have been opened by the disoriented Kenneth Uwadi, against them. One school of thought had suggested that Uwadi might need serious rehabilitation by qualified Paramedics, this is because, it is highly unthinkable for a sane personality to stoop so low to concocting fictitious interviews, false news stories and articles, just to discredit his perceived target and confound the general public.

Kenneth Uwadi, is a man who believes in the philosophy of “get rich any  how”. He does not believe in hard work, or the fact that there is dignity in labor. These assertions however, could be justified by his recent outburst that he made millions of naira and bought several kinds of flashy cars while still serving as the Students’ Union Government PRO at the University of Port Harcourt. What else could be said of a man who has dedicated his entire life in tarnishing the hard-earned reputations and image of the successful personalities in the state? Nevertheless, one may not blame this gold-digger for this continued menace on the sensibilities of the intelligent people of the state, because he really does not know what it takes to build a reputation and at the same time, maintain a name. This further goes a long way to justifying the philosophical saying that when purpose is never known, then abuse becomes inevitable.

If Kenneth Uwadi, actually understood what he is doing, he would have known that good name is better than silver or gold. On the contrary, he does not, because he has shown that he had truly lost touch with reality, even as frustration keeps staring him on the face. Again, what else can you say of a man who doesn’t have any single track record of service, both in the public or private sector, even in the professional field of Journalism, where he had claimed he belonged? He only goes about, flaunting fictitious organizations and non-existent groups which can only be found right inside his family compound, located at Mmahu village in Ohaji/Egbema council area of the state, while using such as a bait to track down his perceived political preys. It is quite unfortunate that majority of our influential personalities have continued to fall to the antics of this blackmailing syndicate, even as others are yet to fall in line. But Mr. Uwadi and his cohorts must be told in unmistakable terms that Imolites are neither morons nor idiots to be dancing to his estranged rhythmic macabre dance.

He goes about telling whoever that cares to listen that he is a Crusader and also an Activist. Without sounding immodest, Kenneth Uwadi, should better take up a refresher course to enable him come to terms with the meaning and roles of what he is ascribing to himself. It beats ones imagination to the type of ‘Crusader’ Kenneth Uwadi is, when our immediate society is still replete with avalanche of social vices, where morality and cultural values seemed to have been taken to the dustbins of history, or his self-acclaimed ‘Activism’ whose responsibilities have been beclouded by mere political interests. Against all odds, Kenneth Uwadi seems to have come to the end of the road, where truth and sincerity have to be laid bare for the intelligent people of the state to make an informed choice.

Conclusively, as various youth and students groups are reportedly filing series of petitions both at the Force Headquarters and the Human Rights Commissions in Abuja, due to Kenneth Uwadi’s constant rebuff to appear before panels set up in the state to enable him substantiate his sundry allegations, where he would have had the opportunity to lay bare his facts and claims (if any) against his perceived enemies and shore up his credibility, it has now become incumbent on him to tow the honorable path of decency and moral rectitude tender an unreserved public apology to those he had blackmailed in the past and present, as Imolites are now wiser of his sinister activities.

(Okey Asinobi is a grassroots mobilizer and social commentator based in Owerri, Imo state. He can be reached on: 08185019618)
Posted by PublicInformationProjects at 02:48