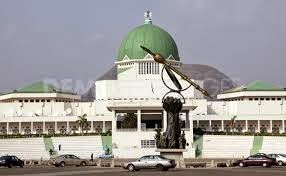 The heart of the leadership of International Society for Civil Liberties & the Rule of Law is gladdened over the decision of the outgoing Seventh National Assembly of Nigeria to join the outgoing Government of Lagos State in heeding our recent calls for the account of stewardship of the outgoing executive and legislative arms of government in Nigeria including the Federal and State Executive Councils as well as the Federal and States Legislative Chambers. The call of ours under reference stems from the fact that whatever that has a beginning must have an end as well as the need to institutionalize at all times an enviable benchmark for public governance accountability in Nigeria.

Report Card Of The Seventh National Assembly: As reported by the Premium Times, the outgoing Seventh National Assembly of Nigeria said it passed a total of 106 bills into law out of 1,063 bills sponsored and brought to its legislative attention in the past four years (2011-2015). Despite earning the world’s record as the most expensive parliament in the world, the number of bills passed by the referenced National Assembly is considered very abysmal when compared to what obtains elsewhere including the United States where the U.S. Congress passed 297 bills between 2013 and 2014. The referenced number of bills of the US Congress is also considered to be one of the lowest in the country’s legislative seasons owing to the fact that the same Congress passed 604 bills in 1999 alone and 460 between 2007 and 2008 (Premium Times Report 2015). Legal bills associated with public order and good governance are usually higher in the developing countries than the developed countries owing to the latter’s development challenges and the former’s development maintenance challenges.

For records, legislative Bills are proposed public laws designed to control human conducts including relationships within persons, between persons, between government and persons, between government and groups, within groups, between groups and between groups and persons. They are also designed to control human excessive activities on the environment as well as effects of natural disasters on environment and the living. Challenges posed by science and technology including harmful chemical substances and excesses and hazards of Information Computer Technology (ICT) are controlled using bills passed into law.

By bills passed into law by elected lawmakers, criminal and civil laws with their administrations are created, repealed or upgraded from time to time. Through mounting social, environmental, technological, cultural, political, economic and human identity challenges, laws originating from bills are moved back and forth. The hitherto rigidity associated with constitutional amendments is steadily fading owing to the mounting challenges aforesaid. Also, through bills passed into law, hash laws and policies as they concern politics, public security and safety, economy, culture, health, education, religion and ethnicity, etc are moderated and liberalized from time to time. It is also through bills passed into law that archaic and anti human rights laws are repealed or rebranded. Electronic navigation and upgrading in law, economy and politics are ensured using bills passed into law. These explain why the fundamental trust of lawmaking in Nigeria is to make laws for order and good governance in Nigeria or any part thereof.

Monetization Of Lawmaking Processes In Nigeria: As correctly reported by the Premium Times, the Seventh National Assembly of Nigeria recorded a monumental failure in its four legislative years. By the provisions of successive appropriation Acts of the Federation since 2011, the outgoing Seventh National Assembly received over N600 billion ($3 billion) in budgetary allocations on annual average of over N150 billion and this translates to N5.77 billion for each of the 106 bills passed into law. In other words, it took the outgoing Seventh National Assembly of Nigeria N5.77 billion belonging to Nigerians to get each of the bills passed into law. Of the said 106 passed bills, most of them are reported to be executive sponsored bills including appropriation (budgetary) and supplementary appropriation bills as well as bills authorizing the Presidency to borrow loans with reckless abandon. Of the 106 bills under reference, expert bills and public interest bills are very minute.  Processes of initiating Private Member bills both at the Federal and State legislative levels are also characterized by fraud and bribery. In other words, to initiate a bill through a member of the National Assembly, huge sums of money must exchange hands in some cases. Corporate and professional bodies are hard hit.

Furthermore, monetization had since 1999 taken over legislative intellectualism and selflessness in lawmaking processes in Nigeria. The forefather of the outgoing Seventh National Assembly is the Fourth Republic National Assembly (1999-2003). Owing to the quackery and mercantilist composition of the 469-member National Assembly then dominated by white collar criminal class, military retirees, military contractors and military apologists; the Fourth Republic National Assembly laid a disastrous legislative foundation haunting the country’s legislative and executive governance till date. The quackery and mercantilist composition of the country’s National Assembly robbed it of lawmaking processes of international standards including losing the opportunity of relating with pro legislative advocacy bodies and campaigners, sometimes referred as parliamentary amicus curiae. At the State Houses of Assembly, the quality of laws passed is horrible and in most cases conflict with the provisions of the 1999 Constitution and its subsidiary federal laws.

Till date, the chief business of the National Assembly including the outgoing Seventh National Assembly as well as the Houses of Assembly remains passage of appropriation Acts (federal) and Laws (States) as well as oversight civil probes of alleged errant government agencies and parastatals for purely mercantilist interest. These have taken precedence over their core lawmaking functions. At times, the statutory functions of criminal investigative agencies are stampeded or usurped by relevant Federal and State legislative adhoc committees.

Legislative witch-hunting is also very common in the Federal and State legislative chambers. This they do using denial or stifling of budgets of relevant government ministries, departments and parastatals during budget allocation and defense for the purpose of punishing unjustly their heads who dare to challenge their overbearing influence including constant threats and harassments.

At times also, they arrogate to themselves the executive functions through constituency projects execution and callous demand for the sack of head of any government agency that dares to question their overbearing influence.  As a result of these, the National Assembly and the State Houses of Assembly in Nigeria, fathered by the Fourth Republic National and State Legislative Chambers of 1999 to 2003, have turned into business enterprises and parliamentary bazaar chambers. They are akin to the biblical Holy Temple of Jerusalem converted to the House of Trade and Commerce by its entrusted custodians.

According to the Salaries & Allowances for Top Public Office Holders Act of the Federation 2002 (amended in 2008), which is managed by the Revenue Mobilization, Allocation & Fiscal Commission (RMAFC); a total sum of N101.3 billion ($500million) is spent annually on the salaries and allowances of 1, 621 Federal and State lawmakers in Nigeria. That is to say N60.4 billion for the 469 Federal lawmakers and N40.9 billion for 1,152 State lawmakers. There are 469 Federal lawmakers and 1,152 State lawmakers in Nigeria recognized by the RMAFC and the political figures’ wage Acts under reference. Further breakdown shows that of this huge amount, N90 billion or 90% goes into their annual (criminal) allowances while only N10 billion or 10% is spent on their annual salaries. In the case of members of the National Assembly, each member is paid at least N128.5 million annually, out of which only N13 million is paid as his or her annual salaries. It is important to state here that Senators and principal officers of the two-chamber National Assembly receive more than the above highlighted.

In the case of the 1,152 State lawmakers, 90% or N36.8 billion is spent on their allowances while only N5.09 billion is spent on their annual salaries. Each of them gets minimum of N36 million annually from the said N40.9 billion annual legislative remuneration. This translates to N32.8 million or 90% as his or her annual allowances and N3.6 million or 10% as annual salaries. The principal officers of the States legislatures are paid higher than the above highlighted. A number of allowances attached to these lawmakers particularly those at the Federal level are criminal and provocative. In this computer and internet age, a Nigerian federal lawmaker  still pockets over N1.2 million per annum as newspaper allowance. Some of the referenced allowances are also duplicated or blurred such as vehicle and vehicle maintenance allowances; housing, furniture and domestic allowances.

Furthermore, a total of N15 billion ($75 million) will be squandered by 29th May 2015 on the severance, housing and furniture allowances of the outgoing and the incoming Federal lawmakers and executives. While the President-Elect and Federal lawmakers elect will receive N9 billion furniture and housing allowances, the outgoing President and Federal lawmakers will receive N3.24 billion and N2.8 billion respectively as severance packages totaling N15 billion. The Minister of the Federal Capital Territory, Sen. Bala Mohammed recently disclosed that it is costing the Nigeria’s commonwealth a staggering sum of N27 billion ($123.5 million) to build the official residences of the leaderships of the two-chamber National Assembly.

Criminal Overheads: Apart from the questionable allowance packages above highlighted, the National Assembly of Nigeria including the outgoing Seventh National Assembly in conspiracy with the Federal Executive Council has introduced criminal overheads to further fritter away the common resources of Nigeria and dry up resources badly needed for the infrastructural development and maintenance as well as provision and delivery of social services to other 170 million Nigerians and their landscapes.

Through conspiracy and legislative stampede, outrageous funds are cornered each fiscal year by the referenced national legislature in the form of overheads component of the recurrent expenditures leading to outrageous allocation of funds for the principal officers of the National Assembly including a criminal sum of N250 million allocated to the office of the Senate President in every three months. Despite the paltry allocations to the capital expenditures averaging less than 30% of the total federal budget each year, budget implementation has remained grossly lopsided with over 100% implementation for recurrent expenditures and about 50% for capital expenditures.

As if these were no enough, the outgoing Seventh National Assembly magisterially passed a new bill making its principal officers-Senate President, Deputy Senate President, Speaker of the House of Reps and the Deputy Speaker of the House recipients of Parliamentary Life Pension. Further to this shocking, despicable and condemnable scenario is introduction and institutionalization of criminal security votes. This, which started with the President, the Vice President, the Governor and the Deputy Governor has now spread like wild fire and extended to heads of key government tertiary educational and health institutions, chairmen and their deputies in the Local Government Areas as well as the leaders of LGAs’ legislative houses. Others are speakers and deputy speakers of the State Houses of Assembly, the Senate President and his or her deputy, the Speaker of the House of Reps and his or her deputy as well as key ministers and heads of government agencies, departments and parastatals. Totality of these swells the already bloated overheads of the Federal and State Governments and dries up funds needed for general development of the country or any part thereof.