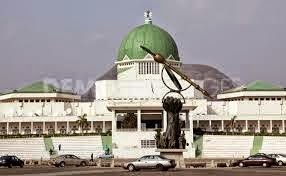 There are numerous archaic Acts of the Federation and Laws of the States begging for legislative attention as it concerns their amendments or repealing. There are also hundreds of new legislative items waiting to be legislated into law for improved order and good governance of the country or any part thereof. Yet, the present legislative chambers at the Federal and State levels have turned blind eyes on them and stuck to the pursuit of illicit or ill-gotten wealth and other primordial interests. In the Criminal Justice sector, most of the criminal laws at the Federal and State levels have remained archaic. Except late minute (March 2015) passage of the Administration of Criminal Justice Act, which President Goodluck Jonathan signed into law few days ago; many others are left outdated.


The Police Act of 1930 labeled the NPF Act of 2004 is still in use. Others are the Firearms Act of 1990, the Robbery & Firearms Act of 1984, the Prisons’ Act of 1972, the Private Guards Act of 1986, the Children & Young Persons Act of 1944, the Juvenile Court System, the Federal High Court Act of 1973, the Custom & Excise Act, and the Immigration Act. There are also other Acts relating to the country’s Court and Criminal Justice systems and their procedures found inconsistent with present realities. The EFCC Act and the ICPC Act of 2004 still lack adequate penalties for convicted white collar criminals as well as other weak provisions or ouster clauses.

There are civil Acts of the Federation begging for amendment and upgrading to be brought in tune with present socio-cultural realities. They include the National Open University Act of 1983, the National Universities Commission Act of 1974 and the Nigerian Traffic Warden Act (Decree) of 1975, to mention but few. In the areas of trade, investment and management of natural resources, there are archaic Acts related to them requiring upgrading as well as new bills needed to be put in place. One of such important bills is the PIB (Petroleum Industry Bill), which has laid un-passed at the National Assembly since 2007. At the States level, similar cases are obtainable.  Most of their laws are anachronistic and anti modernity. Some States still retain colonial period Magistrate/Area/District Courts and Coroner’s laws.

Abandoned International Treaties & Conventions: One of the major ways to rate and respect a democratic country regionally and internationally is its regional, international and municipal (full) involvement in the implementation of international multilateral or bilateral agreements. To do this, there are three processes called signing, ratification/accession and domestication particularly in the case of Nigeria. The non-domestication of these treaties and conventions render them inoperable and un-enforceable in the country or any part thereof.  By Section 12 (1) of the 1999 Constitution: No treaty between the Federation and any other country shall have the force of law except to the extent to which such treaty has been enacted into law by the National Assembly.

Section 12 (2) states as follows: The National Assembly may make laws for the Federation or any part thereof with respect to matters not included in the Exclusive Legislative list for the purpose of implementing a treaty. By Section 12 (3): A bill for an Act of the National Assembly passed pursuant to the provisions of subsection 2 of this section shall not be presented to the President for assent, and shall not be enacted unless it is ratified by a majority of all the Houses of Assembly in the Federation. The above mentioned fundamental constitutional requirements and duties imposed on the National and the State Legislatures particularly the outgoing Seventh National and State Assemblies are grossly observed in breach and with reckless abandon. While the Federal Executive Council is charged with the task of signing and ratifying treaties, the National Assembly and the State Legislatures are constitutionally charged with the responsibility of enacting or domesticating them into law.

Despite the creation and existence of the Senate and the House of Reps Committees on Treaties & Agreements with public funds fully allocated to them as and when necessary; it is clearly observed that most of the country’s ratified treaties and conventions have not been domesticated till date. Domestication processes of any treaty can either originate from a Private Member bill initiation or Executive bill process. Combination of these has denied Nigerians rights and privileges associated with these treaties and conventions including right of individual citizens to complain and get justice. Treaties and Conventions include arms trade, environmental security and safety, trade and investment, maritime, offensive and hazardous technological and chemical substances, aviation safety, human rights and humanitarian issues.

The Act further seeks to establish a central criminal records registry with the Nigeria Police Force at its headquarters. The central criminal records registry system is established in Part 2, Section 16 of the Act to serve as a veritable database of all offenders in the country. The main foundation of the Act is to ensure speedy trial of accused criminal citizens and an end to judicial injustice using holding charge and detention without trial by the First into Criminal Justice System called the Nigeria Police Force (NPF).

Note: The concluding part of this Legislative Scorecard Appraisal of the outgoing Seventh Assembly of Nigeria & their States counterparts will be out in the next 24 or 48 hours.