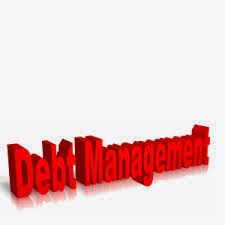 It is the observation of International Society for Civil Liberties & the Rule of Law that time has come for the creation through an Act of Nigeria’s National Assembly of the Public Debts Management  Commission of the Federation to centrally coordinate the compilation and management of the country’s public debts of the three tiers of Federal, State and Local Government systems.


Though the Federal Ministry of Finance on 4th October 2000 created a relatively autonomous office called the Debt Management Office (DMO) to centrally coordinate the management of Nigeria’s debts; formerly handled by a myriad of establishments in an uncoordinated manner; but it is now more desirable to create and have an all encompassing public debts management for the Federation of Nigeria. Also, the present Debts Management Office does not have legal tooth to bite. While it has substantially compiled and computed with fair accuracy the Federal Government’s domestic and foreign debt stocks, it has woefully failed to capture the actual or full local debt stocks of the 36 States and the FCT.

For instance, the DMO has for years used and still uses “estimates” in its categorization of public debts of Bayelsa State. This followed the failure of the referenced State to remit its local debt stocks with the DMO. The DMO’s substantial success in compiling and computing the external component of the States’ public debts stems from the fact that States cannot borrow externally without the Federal Government approval. But in that of local borrowings, the borrowing State Executive Council only requires the approval of the State House of Assembly to secure the said local loan leading to conspiracy and roguery of the highest order between the two at maximum public expense.

Till date, there are no records residing in the DMO; whether sound or unsound showing the local debt stocks of the constitutionally recognized 774 Local Government Areas (LGAs) in Nigeria. It has also long been discovered that the records of the local debts submitted by most of the 36 States of the Federation to the DMO are doctored and under-reported. That is to say that they are far from the actual amounts borrowed locally by the affected States. Owing to absence of compelling, mandatory and sanctionable body of law or legal instrument empowering the DMO to that effect, the body relies on persuasive and voluntary approach so as to get the States into compliance.

An example of the referencing difficulties facing the DMO is its inability to update and publicize the local debt stocks of the States for period of 2014 and second quarter of 2015 fiscal periods. In its March 2015 edition of update of the country’s total public debts, which puts the Federal Government and States’ local and foreign debt components at $63.5 billion or N12.06 trillion; the DMO noted that its compilation of the local debt stocks of the States (36 States & the FCT excluding Bayelsa State) for 2014 is in progress. Yet the same DMO has since updated the States and the Federal Government’s foreign debt stocks up to March 2015.

We had in the course of our recent investigation on the issue discovered that the amounts transmitted to the DMO by the States as their total local debt stocks are in many cases not up to 50% of what they actually owe local lending institutions. One of the ways to unearth this is to look at and calculate the statutory federal allocations received by each of the affected States in every fiscal year. When the statutory allocations of the referenced States are deducted from their total budgets of every fiscal season, it becomes easier to note the amount of loans borrowed particularly from local sources. Further to this is the fact that statutory allocations to the States from the Federation Account constitute about 70% to 80% of their non loan budgetary funds, while the remaining 30% to 20% comes from their internally generated revenues (IGRs) and donor supports. Lagos State is an exception because it is the only State in Nigeria with bulk internally generated revenues surpassing its monthly federal allocations.

Furthermore, to get a clearer picture of what a State’s local debt stocks look like, its budget size should be looked into and broken down.  In Imo State, for instance, to get the picture of the total debts of the State in the past eleven years or 2005 to 2015 fiscal years,  its total federal allocations within the periods should  be calculated and deducted from the its total budgets within the periods.  Imo State has budgeted a total of 1.269 trillion in the past eleven years. Its yearly statutory allocations from the Federation Account stand at average of N60 billion monthly and this translates to N660-N700 billion.   For instance, between January and June 2014, it received a total of N29.7 billion from the Federation Account. Assuming its IGRs is N12 billion yearly in addition to estimated received donor funds of N50 billion in the past eleven years, the duo instantly translates to N182 billion. When this is added to N700 billion block federal allocations to the State in the past eleven years, the total non loan cash of N882 billion is most likely to have accrued to the State since 2005.  When deducted from the total budgets of N1.269 trillion, a deficit of N387 billion is identified.

While the foregoing does not mean in the context of accuracy that Imo State owes N387 billion, it leads us to the fact that the State is heavily indebted, contrary to its present publicized local and international debt stocks which the DMO gave as N23.2 billion comprising foreign debt of $53M (N10.6 billion) and local debt of N12.6 billion as at March 2015 and December 2013 respectively. In Anambra State, the 2015 budget of N164.4 billion is very unrealistic in terms of factoring it into non loan-based budget. Whereas allocation of N110.9 billion to capital expenditures and N53.5 billion to recurrent expenditures is still commendable; its funding sources are substantially loan based. For instance, it is very unrealistic to for the State to realize internally generated revenues worth of N54 billion, which is more than projected statutory allocations of N48.4 billion from the Federation Account. The remaining N62 billion projected to come from “capital receipts” expressly means “loans and donor supports”. It is likely that the donor support component will not exceed 10% of the total figure. Also, Anambra State’s IGR is realistically in the neighborhood of N12-N15 billion per annum.

Because of indiscriminate borrowings available at local lending bodies, States have resorted to over-bloated budgets instead of cutting their coats according to their sizes. The foregoing instances in Imo State and Anambra States are also obtained in most States of the Federation and the FCT. These Explain why we are deeply worried over the absence of effective policies and actions in Nigeria to regulate the Federation’s loan borrowings, management and spending.

Creation Of Public Debts Management Commission Of The Federation: We call on the incoming National Assembly of Nigeria to enact an Act creating Public Debts Management Commission of the Federation. The law creating the Commission will ensure its membership is drawn from the country’s three tiers of Government and the FCT in representative capacity. Its leadership composition must also reflect the provisions of Section 14 (3) of the Constitution of Nigeria 1999 (equitable representation). The propose Act should  make it mandatory and sanctionable within a specific time frame for the three tiers of government particularly States and the LGAs to furnish the Commission with full details of their local debt stocks. One of the sanctions will be the use of order of the court of competent jurisdiction to temporarily freeze the accounts of the defaulting State, particularly any State that doctors or under-reports its debt stocks.

There should be a provision in the Act as well compelling all local lending institutions including commercial banks to independently furnish the Commission periodically with details of loans given to the States/LGAs. The Act should expand in definition and scope the public debts to include unpaid workforce-retired and serving wage arrears including pensions, allowances, salaries and gratuities running into six months and years. Judgment and MDAs debts should also be captured; likewise contract debts for completed and certified public contracts all for their effective management and liquidation.

Katsina State Is Not A Debts Free State: Contrary to a recent public comment credited to the former Chairman of EFCC, Malam Nuhu Ribadu to the effect that outgoing Governor Ibrahim Shehu Shema of Katsina State is only the governor in Nigeria that will be leaving office without public debts, we wish to state clearly that Malam Nuhu Ribadu lied. It is not true that the outgoing Governor is leaving a debt free Katsina State, but it may be correct to say that Katsina State based on information available at the DMO is not a heavily indebted State in Nigeria. Katsina State presently owes a total sum of N15.6 billion comprising external loan of N$78.9 million (N14.8B) and local debts of N269 million. This figure does not include the 2014/2015 component of the local debts of the States in Nigeria that are yet to be updated by the Debts Management Office.

Be that as it may, if at the end, it is found  that Katsina State does not have any outstanding local debt other than the foregoing, then its outgoing Governor deserves to be commended at all times with a befitting award as  one of the very few non serial borrower governors in Nigeria.

Fashola’s Huge Debts Overshadowed His Achievements In Office: Contrary to celebrations going on in some quarters of Lagos State over the achievements in office of outgoing Governor Babatunde Raji Fashola, SAN; we wish to observe that huge debts of N316 billion incurred under his eight year-administration has dwarfed his achievements under reference. A governor who generated N2.433 trillion in eight years and spent N2.769 trillion with only N1.1 trillion of the huge sum channeled into execution of key infrastructures and provision of social services; as a matter of fact, has nothing to celebrate. This is more so when a staggering sum of over N1.6 trillion got liquidated into recurrent expenditures.  Our question is: with high level of urbanization in Lagos State, which of its virgin lands played host to 262 new roads that were built by the outgoing administration as claimed?  Is it not correct to say 262 existing roads were rehabilitated; instead of 262 new roads were built?

However, the decision of the outgoing Governor of Lagos State to heed to our clarion call of letting out publicly his governance scorecard is commendable at all times. It remains our irrevocable position that Lagos State under Mr. Babatunde Fashola, SAN, ought not to enmesh the State into serial borrowings. When it upgraded its IGRs from N600 million monthly in 1999 to over N20 billion per month from 2007 till date, the State became a reference point. A State like Anambra State at a point sent a team to go to the State to learn its IGR compilation and collection success. Yet, in spite of this enviable feat, the State messed up by earning notoriety as Nigeria’s most indebted State and Africa’s ocean of poverty in the midst of plenty. The worst of it all is that the referenced loans are not capable of repaying themselves.