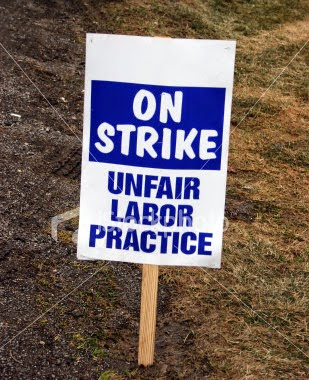 A series of vindication have come the way of International Society for Civil Liberties & the Rule of Law in recent times over its research based positions on burning national issues in Nigeria. From its projection that INEC has already rigged the 2015 general polls (presidential poll in particular) per skewed and lopsided PVC distribution, to criminal borrowings & governances in Nigeria; the list is endless. All these are attributed to our insistence on feeding Nigerians and the global community with factual and un-adulterated opinions on social, political and economic issues as they concern public governance in Nigeria or any part thereof, without caring whose ox is gored.


Public Salaries & Allowances In Nigeria: The major trust behind the invention of the art of government and governance in the world is to ensure steady and un-impeded provision and delivery of social services to the people leading to remarkable improvement in their standards of living and environments as well as facilitation of happiness to the greater number of them at all times. Through art of public budgeting, government is allowed to aggregate and congregate all public earnings and apportion them dually in the context of capital and recurrent expenditures. Of this, government is allowed minute percent of it for running and maintenance of the government. This is called recurrent expenditures which include overheads or cost of running government machineries and personnel costs or cost of maintaining the personnel of government through monthly payment of their salaries and allowances. The public or civil retired workforce is also accommodated through retirement benefits and pensions.

On the other hand, the capital expenditures is created in the referenced public budgeting and tasked with retaining the lion’s share of the budgeted. It is through this that the feeling of government among the people is ensured. Through this, unimpeded and unhindered social services are provided to the citizenry. Key public infrastructures like roads, bridges, primary, secondary and tertiary educational and health institutions, stadia, airports, seaports, railways, physical security, food, tourist facilities, etc are provided and maintained. Provision and delivery of these are called social contract fulfillment.

Sadly and shocking too, the reverse has remained the case in Nigeria particularly since the return of democracy in the country in May 1999. While Nigerians were yet to recover from the traumas of the military’s inglorious epoch, the criminal class and military apologists with their military retirees’ cronies who hijacked the new civil rule criminally enacted some nocturnal laws and signed into their pockets chunk of the public earnings in the country. One of such socially abominable laws is called “Salaries & Allowances for Top Public Office Holders Act of 2002”. The obnoxious Act under reference categorized and recognized 17, 474 (17, 500) top elective and appointive public offices and officers in Nigeria. The top officers are 472 federal executives, 469 federal lawmakers and 142 federal judicial officers. At the State level, there are 2, 664 State executives, 1,152 State lawmakers and 792 State judicial officers. At the constitutionally recognized 774 Local Government Areas, there are 3,096 LGA executives and 8,692 LGA councilors.

When the infamous Act was enacted in 2002, a whopping sum of N755 billion was set aside from the Federation Account to service their annual salaries and allowances and when it was reviewed upwards and amended in 2008, the amount got raised to N1, 125 trillion. As if that was not enough, the criminal class and their cronies under reference went further to introduce criminal fiscal appropriation particularly at the Federal and State levels. Through criminal fiscal appropriation, they introduced criminal overheads, criminal monetization, criminal allowances and criminal security votes. The totality of these swelled and bloated the recurrent expenditures and dried up funds meant for capital expenditures. When the leaderships of the country’s organized labour discovered the foregoing, they opted for accomplice comradeship.

Rather than confronting the criminal class and their cronies headlong until the mercantilist policy is reversed for overall public interest, the organized labour demanded for their own share of the cartel deal in the context of criminal allowances. This led to further astronomical increases in government wage bills; leading to serial borrowings holding the country’s economy to ransom till date. As Dr. Ngozi Okonjo-Iweala (Nigeria’s Finance Minister) recently disclosed, N1 trillion is spent annually in the payment of the allowances of the Federal civil servants. In the first four months of this year, a whopping sum of N473 billion ($2.35B) has been borrowed to finance the Federal recurrent expenditures or wages and overhead component of the 2015 Federal budget. The totality of these is responsible for poor and criminal governances in the Nigeria’s three tiers of government leading to steady socio-economic retardation and under-development afflicting the country.

How Nigeria’s Three Tiers Of Government Squandered N56 Trillion ($280B) On Recurrent Expenditures In Nine Years:  According to the seminal findings of the Vanguard Newspaper of January 13, 2013, out of a total sum of N80 trillion ($400B) shared among the Federal, States and 774 Local Government Areas in Nigeria between 2005 and 2013 fiscal seasons; a period of nine years, a whopping sum of N56 trillion ($280B) was spent on recurrent expenditures as against only N24 trillion ($102B) spent on capital expenditures. The Federal Government’s share of the N80 trillion was N32.121 trillion. The Federal Government’s recurrent expenditure component of the 2012 budget was 71.47% of the total budget, while that of 2013 was 68.66%. Further breakdown of the referenced seminal report shows that in the period under review, the three tiers of government in Nigeria spent N1.1 billion hourly, N24.35 billion daily, N740.74 billion monthly and N8.89 trillion yearly.

In the past eleven years; that is to say from 2005 to the outgoing 2015 fiscal year, our investigation shows that the Southeast geopolitical zone has budgeted and spent a total of N4.520 trillion ($22.6B). Imo State came first with N1.269 trillion, followed by Anambra State N912 billion, Abia State N884 billion, Ebonyi State N732 billion and Enugu State N721 billion.

Impeachment Of Debtor Governors Over Unpaid Workers Salaries: The governors of the States where salaries and other workers’ monetary benefits are owed should be impeached without further delays in accordance with the gross misconduct provisions in Section 188 (11) of the Constitution of the Federal Republic of Nigeria 1999 as amended in 2011. Owing workers’ salaries and other entitlements amount to gross misconduct or fundamental breach of the provisions of the Constitution. It is also a glaring abdication of the constitutional duties entrusted on the elected governors particularly as they concern the Fundamental Objectives & Directive Principles of the State Policy contained in the Chapter Two of the Constitution. Specifically, the affected governors including the Governor of Imo State have grossly observed Sections 13 and 14 (2) (b) of the 1999 Constitution in breach and should be impeached as a matter of uttermost urgency and public importance.

From the thorough investigation of ours above, no elected governor in Nigeria has any justifiable reason to owe his or her serving and retired workforce their wage entitlements. This is more so when none of the political appointees or elected public officers including the governor is owed a dime in the form of monthly security votes, allowances, etc. Many of the governors collect as much as N1 billion each month as security votes leading to paucity of funds for payment of workers’ salaries, allowances and execution of capital projects.

The governors also mindlessly breach Section 7 of the Constitution (independence and democratization of the Local Government System) by seizing and diverting statutory allocations of the Local Government Areas. This they do by exploiting and manipulating Section 162 (6) of the Constitution (State-Local Government Joint Account). Between the 2005 and the 2015 fiscal years, at least, N15 trillion ($75B) had been allocated to the 774 Local Government Areas (LGAs) in Nigeria from the Federation Account and it is correct to say that up to 70% of these huge sums has been diverted by the governors to God knows where; yet they have the audacity to owe their workers and impede the general development of their States with impunity.

It is therefore alarming, shocking, despicable and condemnable for the likes of Governor Rochas Okorocha of Imo State to blame the Federal Government for his woefully failure to pay workers working for his administration despite budgeting and spending total staggering sum of N779.72 billion or $3.9 billion in the last five years of 2011 to 2015. The Governor should be held wholly responsible to account for this or be impeached without further delays. It is an elementary knowledge to every Tom, Dick and Harry in Nigeria that the common revenues of the Federation of Nigeria are not kept in the Account of the Federal Government of Nigeria, but in the Federation Account. The revenues’ sharing formula is also not determined by the Federal Government. It is agreed upon by the three tiers of the Federal, State and Local Government and codified.

The Federal Government has no right to determine how statutory allocations accrued to every State are to be used. It is the duty of the State Executive Council and the State House of Assembly of the recipient State to determine how they are used. Governor Rochas Okorocha of Imo State also inexcusably owes the people of Imo and Nigerians a detailed explanation as it concerns how his total budgets of N779.72 billion since 2011 was used to the extent of failing to pay workers working for his administration running into over twelve months.  Statistically speaking, Governor Okorocha budgeted and spent N124.47 billion in 2011. In 2012, he budgeted and spent N178.63 billion, N197.74 billion in 2013, N137.68 billion in 2014 and N141.20 billion in 2015 totaling N779.72 billion. The funding of the huge budgets under reference also attracted huge local loan borrowings.

What The Organized Labour & Other Civil Stakeholders Must Do: The organized labour including the Nigerian Labour Congress, the Nigerian Union of Teachers, the Nigerian Union of Local Government Employees and the Trade Union Congress, etc in the States with backlog of serving and retired workforce wage arrears must articulate all categories of unpaid wages and publicly present them to their State Houses of Assembly for immediate investigation and commencement of impeachment proceedings against the debtor governors.

The unpaid wage arrears to be articulated include workers’ salaries, pensioners’ pensions, promotion arrears, retirement gratuities, statutory allowances and related benefits of the State and Local Government workers. The organized labour should also demand firmly from their governors, armed with the Freedom of Information Act of 2011, to disclose publicly the actual amounts of loans borrowed locally to fund the budgets under reference. This has become necessary owing to the fact that in most of the referenced States including Imo State, huge bonds or loans were secured locally to finance the budgets dominated by recurrent expenditures. Other civil stakeholders like rights CSOs, media, academic bodies and religious bodies should also join in demanding for public disclosures of where these huge budgets have gone into as well as whereabouts of LGA funds.