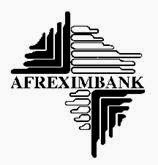 No less than three former African Presidents are expected at activities marking the 22nd Annual General Meeting of Shareholders of the African Export-Import Bank (Afreximbank) scheduled to take place in Lusaka from 10 to 13 June, according to a programme of events released by the Bank.


Afreximbank said in Cairo today that former Presidents Olusegun Obasanjo of Nigeria, Thabo Mbeki of South Africa and Joaquim Chissano of Mozambique would speak on the risks posed by the resurgence of political uncertainties and insecurity in Africa during a panel discussion on 11 June.

The discussion by the former Presidents will form part of meetings and seminars of the Advisory Group on Trade Finance and Export Development in Africa being organised by Afreximbank on the sidelines of the Annual General Meeting of Shareholders.

Other panels will look at different themes related to Africa’s economic growth and integration, including, “African direct investment as a source of long-term finance for export diversification and development” and the “Impact of recent adverse shocks on Africa’s growth prospects”.

The speakers will include Justin Lin, a former World Bank Chief Economist and professor of economics at the China Center for Economic Research and National School of Development, Peking University, China, as well as ministers, business leaders, political leaders, heads of financial institutions, and central bank governors from across Africa and beyond. They will be joined by high-level representatives of the Zambian government and experts in African trade finance.

An investment forum and a trade exhibition, as well as meetings of various committees of Afreximbank’s Board of Directors, will also be held as part of the activities during the Annual General Meeting.

A key highlight of the Annual General Meeting will be the appointment of a new President to take over from Jean-Louis Ekra, the current President of the Bank, whose tenure comes to an end this year.

December 2012, is a category under which any person or entity can be allotted shares.
The Annual General Meeting of Shareholders is held each year to take stock of the Bank's activities during the reporting year.
Obi Emekekwue
Afreximbank External Communications
Posted by PublicInformationProjects at 01:34