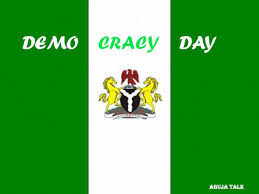 It remains the irrevocable position of the leadership of International Society for Civil Liberties & the Rule of Law-Intersociety that Nigeria’s major anti social and anti development enemy is corruption & corrupt practices particularly in its high public places. The most shocking aspect of it is that the country’s corruption has successfully passed processes of scientification and codification leading to its present three pillars of criminal borrowings, criminal overheads and criminal allowances. In other words, Nigeria’s corruption has gone scientific and is now in marriage with the country’s body of laws. “In the world over, peripheral corruption or corruption on the surface is easier to fight or tackle than codified and scientific corruption; and Nigeria’s codified corruption has gotten immunity requiring radical approaches such as mass revolution”- -Emeka Umeagbalasi, Criminologist & Security Studies graduate.


Our campaigns against the three-pillar policies of criminal borrowings, criminal overheads and criminal allowances  in Nigeria particularly at the Federal and State levels stem from the fact that Nigeria will never experience any turnaround or remarkable development until this dangerous and criminal trend is reversed. This explains our insistence on exposing to 170 million Nigerians and other seven billion peoples of the world how the country’s criminal ruling class of 17,500 persons including the just sworn-in Presidency and Governors ruined and continue to ruin the country. We are also not unaware of recent reactions from the official quarters over our recent findings and public condemnation of institutionalization of criminal borrowings, overheads and allowances at the Federal and State levels; impeachable arrears of public workers remunerations by State Governors; and abysmal performances of the out-gone Federal and State executives as well as the Federal and State legislatures. These will be adequately addressed in the concluding part of this publication.

Scandalous Loss Of N105.8 Billion ($528 Million) To 6,806 Public Officers: By our investigative findings, the Federation of Nigeria lost in seven days (May 29 –June 5, 2015) a total sum of N105.8 billion or $528 million in the hands of its 6,806 out-gone and new public office holders at the Federal and State levels. The scandalous sum was spent on their severance and inaugural allowances. The severance allowances are 300% of their annual basic salaries paid to all immediate past publicly elected and appointed officials. There are also a legion of monetized and cash entitlements provided for them through Federal and nocturnal State laws and other administrative pronouncements.  On the other hands, the inaugural allowances are car, furniture and housing allowances paid to new public office holders.

By our investigation, there are 76 out-gone Senators, 290 out-gone House of Reps members, one ex President, one ex Vice President, 42 former Ministers and 133 Special Advisers, Senior Special Assistants and Special Assistants all at the Federal level. At the State level, there are 20 ex Governors, 20 ex Deputy Governors, about 600 ex State lawmakers and 1,300 ex State executive members including Commissioners and Special Advisers. For new public office holders at the Federal level, there are one new President, one new Vice President, about 36 incoming Ministers and 469 Federal lawmakers.

At the State level, there are 20 new Governors and 20 new Deputy Governors, 2,592 State executive officials including Commissioners and SAs; and 1,152 State lawmakers. The list excludes 16 incumbent Governors, 16 incumbent Deputy Governors and new SAs at the Federal level. The total number of referenced former and new public office holders that squandered the referenced N105.8 billion in seven days of 29th May to 5th June 2015 is 6,806.

In the area of severance allowances, the out-gone President and his Vice have already pocketed 300% of their annual basic salaries, which translate to N10.5 million and N9.09 million respectively. The President’s annual basic salary is N3, 514 million and his Vice N3, 03 million. The referenced severance allowances did not include a legion of other entitlements estimated at over N2 billion. The 76 ex Senators’ severance allowances are N462 million or N6, 07 million each. Those of the 290 ex House of Reps members are N1.7 billion or N5.9 million each.  For 42 ex Ministers, theirs are N259.9 million or N6.07 million and N5.8 million for the senior and junior Minister respectively. For 133 ex Special Advisers and Special Assistants, theirs are N775.2 million. The annual basic salary of a Special Adviser at the Presidency is N1, 942,000 while that at the State level is N1, 250. 000. The total sum officially squandered in severance allowances of the referenced ex Federal officials is N3, 24 billion.

As for inaugural allowances made up of furniture, car and housing allowances, a total of N9 billion has been spent on the new President and his Vice, 36 incoming Ministers, 107 Senators and 258 House of Reps members. By law, the Senate President, his Deputy, the House Speaker and his Deputy are formally excluded from benefiting from the three allowances because the Federal Government quarters them, but the monetary cost of kitting them as well as the new President and his Vice is valued at over N400 million. It is important to state that all public office holders recognized by the Revenue Mobilization, Allocation & Fiscal Commission and the Consolidated Top Public Office Holders Salaries & Allowances Act of 2008 numbering 17,500 are entitled to furniture, housing and vehicle allowances on assumption of office.

At the State level, the 2,592 new State executive members comprising Commissioners and Special Advisers on average of 70 per State; got N29.25 billion or N11.25 million each for housing, furniture and vehicle allowances. Each State Commissioner and Special Adviser is paid N1, 33 million and N1, 25 million respectively as annual basic salaries and their housing; furniture and vehicle allowances are 200%, 300% and 400% of their annual basic salaries. The 1,152 new State lawmakers got N18.8 billion or N12 million each as housing, furniture and vehicle allowances. A State lawmaker in Nigeria is paid N1.34 million as annual basic salaries. There are 2,664 State executives in Nigeria recognized by the Consolidated Top Public Office Holders Salaries & Allowances Act of 2008; out of which, 72 are governors and deputy governors.

Apart from statutory entitlements provided for the country’s top elected and appointed public officers numbering 17,500, to be enjoyed at the end of their statutory public assignments chiefly called the severance allowances (courtesy of Consolidated Top Public Office Holders Salaries & Allowances Act of 2008);  it is our observation that all the 20 out-gone governors and their deputies have before leaving office made outrageous cash and monetized provisions running into billions of naira as their Life Pension entitlements. These they did using their leprous State Houses of Assembly through State Laws or legislatively sanctioned administrative pronouncements. The outrageous monetized and cash provisions are classified in the form of first line charge in their States’ financial expenditures. In other words, the monetized items and cash sums have long been cornered and pocketed before leaving office.

These outrageous ex gubernatorial benefits  include 100% current salary pay for life, one or two mansions built and furnished by the State, free medical service, fully paid annual vacation, cars,  numerous aides, among others. For want of space, the three States of Katsina, Lagos and Akwa Ibom are critically analyzed.

In Katsina State, its out-gone Governor Ibrahim Shema,  his deputy Garba Faskari and their aides have pocketed N1.1 billion ($5.5 million) as severance allowances and Life gratuities. Already the said amount has been provided in the 2015 approved budget of N110 billion, which constitutes 10% of the total budget. According to the Daily Trust quoting documents presented to the All Progressives Congress transition committee by the State Accountant General during their interface, Governor Shema and his Deputy Garba Faskari, alone, received N370 million and N217 million naira respectively. This excludes other basketful of benefits like house complexes, etc.