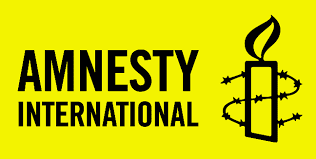 Since Amnesty International accused the Nigerian Army of crimes against humanity and the subsequent submission of its finding to President Muhammadu Buhari on Wednesday, 3 June 2015, and President Muhammadu Buhari’s order to the military to conduct internal probe over the damning Amnesty International report the issue has continued to generate controversies among Nigerians


In a World press conference Held in Umuahia a Group of South-East Pro-Democracy And Human Rights Acivists slam Amnesty for the report describing the Report as unfounded and lacking in merit.

The Leaders of the Group cited reasons the report should be discredited by all Nigerians to include what they described as its ethnic undertone, the demoralization of the armed forces and Amnesty International’s refusal to indict the United States’ Army despite its widespread abuse and use of drones to decimate civilian populations in Pakistan, Iraq, Yemen, Afghanistan.

The group also maintained that Amnesty International is simply playing to the gallery and trying to justify the funds it receives from international agencies.

They also insisted that the International Criminal Court ( ICC), to the best of their knowledge, is anti-African and racist as it turns a blind eye to atrocities committed by Western nations while calling for the heads of African leaders and armies to disregards Reports from Amnesty international since they didn’t indicted the roles the United States Armies Played  and Atrocities committed in Libya and Iraqi that Give rise to the Death of their leaders and loss of lives & properties in the bid to satisfy their economic and political selfish interest.

Nigerian Army is rated among the best in Africa due the gorilla’s warfare, the western country has   already a negative perception of the counter terrorism Approach brainwashing various Allegations against the Army Chiefs. Amnesty International released a report on June 3 accusing the Nigerian military of being responsible for the deaths of about 8,000 prisoners in their fight against insurgency. “It may be recalled that shortly after the publication of Amnesty

International’s report, the defence headquarters characterized the allegations as ‘a continuation of blackmail’ and ‘a premeditated indictment of the Military chiefs who have lost most of your soldiers to the insurgents.

“It is highly doubtful that a military force that is committed in protection our boundary and territorial waters from the insurgent would be accused of widespread allegations of war crimes or crimes against humanity.

“Nigeria has ratified and domesticated the Geneva Conventions applicable in war situations. Article 50 of the Convention for the Amelioration of the Condition of the Wounded, Sick and Shipwrecked Members of Armed Forces at Sea Aug. 12, 1949 provides that:

‘Each High Contracting Party shall be under the obligation to search for persons alleged to have committed, or to have ordered to be committed, such grave breaches, and shall bring such persons, regardless of their nationality, before its own courts…’

“Article 9 of The United Nations Principles on the Effective Prevention and Investigation of Extra-legal, Arbitrary and Summary Executions also provide that:

‘There shall be thorough, prompt and impartial investigation of all suspected cases of extra-legal, arbitrary and summary executions, including cases where complaints by relatives or other reliable reports suggest unnatural death in the above circumstances.'”

In All this international instrument and its Legal status bending the State parties, Amnesty international fails to conduct a comprehensive Study, Research and investigation of the Nigeria Army and their Activities in curbing the Insurgents before releasing this damming Reports. The Amnesty international didn’t mean well for Nigerian by releasing this Report at this time the Nigeria state is counting her loss over billions of Naira and thousands of lives lost to the insurgent

Nigerians have suffered because of these insurgents; after Boko Haram has been wiped out, AI should come out with a comprehensive report. The AI’s report is lopsided because it did not give information as to the number of military personnel that were killed by the insurgents. We reject the report in its totality.

The Group pointed that Gen.Ihejirika During his tenure as the Army Chief of Staff show commitment  restate his commitment to the rights of Nigerians and all its citizens while prosecuting its anti-terrorism campaign’ and accused Amnesty International of pursuing an ‘agenda against the security agencies.’

AI has deliberately decided to accuse and stigmatize individual officers who are known to be committed in this war against the terror group, citing instances gathered from some disgruntled elements and faceless collaborators, which is a clear sign of grossly biased Judgment.

The Group Advised  Amnesty International  to stop playing the role of an irritant coming up loudly only when the terrorists are losing out and remaining silent or complacent whenever the terrorist heightens its atrocities. It is unfair to persist in effort to discredit Nigerian military by seeking all avenues to stigmatize individual officers of the nation’s military purely to satisfy an agenda against the security agencies and image of Nigeria before the community.

We therefore rejects the biased and concocted report provided by Amnesty International and call on President Buhari Government to disregard the Reports and Put all the necessary measures to curb the insurgents and restore the desired Peace in the Northeast part of the Country.