News Release: NALC To Push For Bold Education Agenda For Nigeria At OAS 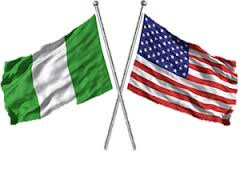 Washington DC based “Nigerian-American Leadership Council (NALC)”, has been invited by the “Organization of American States (OAS)” to its 16th International Education Symposium in Guadalajara, Mexico, holding June 22nd-26th, 2015.


The meeting will be opened by the President of Mexico, HE Enrique Peña Nieto and chaired by the Vice President of Peru, HE Marisol Espinoza.  The 35 nation OAS includes the United States, Canada, Mexico, and all Latin American and Caribbean countries.

The symposium is organized by the General Secretariat of the OAS and sponsored by the Government of Mexico.

In the OAS invitation, delivered to the Executive Director of NALC, Sam Okey Mbonu, and signed by the Assistant Secretary General of OAS, Ambassador Albert R. Ramdin, the OAS stated that the conference is part of a “Global Forum on Education and Innovation”.  While 42 countries will participate, “the meeting will feature senior officials from Ministries of Education, Innovation, Science and Technology, multilateral organizations, cooperation agencies and others”.

The invitation stated that NALC’s attendance is of “utmost importance” to the OAS because NALC’s “presence at the symposium will contribute to its success and its main goal of promoting development and social inclusion.”

NALC Executive Director, Sam Okey Mbonu, has since expressed gratitude to the OAS for their thoughtful invitation, and recognition of the great work
NALC has embarked upon, as the most “powerful voice” of the Nigerian Diaspora in the United States, according to US Media giant MSNBC.

NALC has consistently provided authentic policy advisories for US-Nigeria relations; and for various corporations and multilateral agencies, with interests on Africa’s most populous country and largest economy-Nigeria.