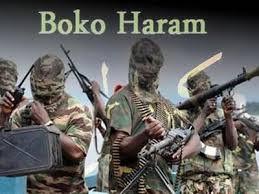 On 28th June 2015, we issued a strong worded public statement, condemning “the proposed transfer” of Boko Haram Terror detainees to Anambra Prisons at Ezinifite/Ekwulobia in Aguata Local Government Area. This followed State-wide protests by Igbo traders based in Anambra State, which took place on 27th June 2015. Hours after the issuance of the widely circulated and read statement, we were reliably informed with a shock that 47 Boko Haram Terror detainees had already been transferred and dumped at the said Prisons. As a matter of fact, they were brought into the Prisons under heavy escort by soldiers of the Nigerian Army in the night of Saturday, 27th June 2015; hours after the said protests.


Condemned: The denials of the transfer of the said detainees by the authorities of the Nigerian Prisons Service and the leadership of the All Progressives Congress (APC) of the Southeast Zone are hereby condemned. We had in the statement rejected the so called “denials” and described them as “damage control and spinning strategies usually adopted by public officers in Nigeria to mislead Nigerians and extricate themselves from public bashing over unpopular public policies and conducts”. Our rejection of the so called “denials” has totally vindicated us.

Commended: The official public statement made by Governor Willie Obiano of Anambra State through his media aide, Mr. James Ezeh; confirming the detainees’ transfer and efforts he made to stop it, is very commendable. But for that statement issued in late evening of Sunday, 28th June 2015, paid writers and analysts would not only have a field day, but also the People of Anambra State and other Southeasterners and South-southerners  would have been kept in the dark over the fact that “their enemies are  already at their doorstep”.

Shocked: We are totally shocked and alarmed over the reduction of the calamitous and death-trap development to “politics of incumbent and predecessor” in Anambra gubernatorial seats by the camps of Governor Willie Obiano and former Governor Peter Obi. We had on 13th June 2015 intervened in another infantile and unnecessary faceoff over who did what with respect to reconstruction and completion of the Nkpor-Awka Old Road. Our intervention on the issue was for the purpose of putting the records straight.  We, hereby, frown at the loyalists of the present and the former gubernatorial occupants in Anambra State for resorting to infantile approach in addressing the high profiled security risk, capable of turning Anambra State and the entire Southeast and South-south into rubbles and mass graveyards.

Criminological Questions On Latest Accusations: Following accusations lately to the effect that “former Governor Peter Obi and former President Goodluck Ebele Jonathan (GEJ) masterminded the transfer of Boko Haram Terror detainees to Anambra Prisons at Ezinifite/Ekwulobia in Aguata; following a 2012 agreement, delayed for the purpose of 2015 polls and GEJ second term bid; and another that Gov Willie Obiano masterminded the terror detainees’ transfer”; we wish to direct the following expert-questions to the two political camps particularly to Mr. Chinedu Obidigwe, who made the  most striking of the accusations and holds forth as Governor Willie Obiano’s Special Adviser on Political Matters.

The Questions are the following:

1.      What month and date and place in 2012 was the agreement reached?
2.      How many Boko Haram detainees were arrested, charged and remanded in Prisons in Nigeria as at 2012?
3.      Are the Boko Haram Terror suspects recently transferred to Ezinifite/Ekwulobia in Anambra Prisons and presently detained, the same with those arranged for delayed transfer in 2012?
4.      Which of Prisons facilities in Nigeria were they being detained as at 2012?
5.      Can a mere prisoners’ transfer resulted to a formal agreement between two tiers of government involving a President and a State Governor?
6.      Is it circumstantially grounded in facts and truth that an agreement of that nature can be delayed or put on hold in 2012 over a presidential poll that would take place in three years time (2015)?
7.       How possible and factual is it for a governor with expiring tenure, which, indeed, ended in March 2014 to negotiate a prisoners’ transfer deal to be executed 15 months after his exit particularly when he was not handing over to an enemy administration?
8.      Have the 47 Boko Haram Terror detainees presently held at Ezinifite/Ekwulobia Prisons been convicted by a court of competent jurisdiction warranting their present status  making them eligible for prisoners’ transfer?
9.      What is the judicial and security policy rationale behind transferring “awaiting trial inmates” to a far judicial and security jurisdiction when the court system in Nigeria is still over reliant on “pen, paper and file” (non computerization) and physical evidence system?
10.  How many Boko Haram Terror suspects were convicted and sentenced in Nigeria as at 2012?
11.  What effect(s) would the transfer,  normally done administratively and non-publicly, have had on  former President Goodluck Jonathan’s second term bid (2015), when he had spent  just one year (2012) into his first elective presidential term?
To those accusing Governor Willie Obiano:
12.  What does the Governor Obiano stand to gain by influencing the transfer of Boko Haram Terror detainees to his State where he is the Chief Security Officer?
13.  Can the Governor consciously and wittingly endanger the collective and individual security of the State, more so when security (control of violent crimes) remains his major achievement?

While we wait for detailed public responses to the questions so directed at the named camps, we make bold to say that the present Federal Government under Alhaji Muhammadu Buhari should be held vicariously and individually responsible for a clear case of escalation of Boko Haram insurgency particularly its importation into Anambra State and the Southeast Zone by way of unpopular transfer of terror detainees for the purpose of endangering the collective and individual security of the people of the Zone. It remains our firm position that the confirmed transfer is politically motivated and ill conceived. The action of the Federal Government should be condemned relentlessly until it is officially and popularly reversed.