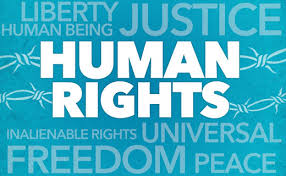 Following the theme for 2014 World Human Rights Declaration (66th  Anniversary), adopted by the United Nations, to the effect that “Every Day Is World Human Rights Day”, the leadership of International Society for Civil Liberties & the Rule of Law (Intersociety) has resolved to remind the people of Nigeria, classified by Section 13 of the Constitution of the Federal Republic of Nigeria 1999, as amended in 2011; as “all authorities and persons exercising executive, judicial and legislative powers (as well as the citizens)” on the need to be mindful at all times  of  their sacred obligations to the society and the people contained in the Social Contract.


This is as a result of the fact that social woes bedeviling Nigeria in contemporary times are attributed to non adherence to and ignorant of the Social Contract and its obligations. Our sole objective is to expose Nigerians, again, to how Social Contract gave birth to limited democratic government and human rights just as philosophy gave birth to natural and social sciences. The overall goal is to see publicly moderated civil governance and constitutionally moderated social conducts in Nigeria for the purpose of ensuring maximum happiness for maximum number of Nigerian people democratically, socially, culturally, politically, economically and safety-wise.

Human Rights Defined: They are inalienable, indissoluble and indivisible  rights to which all human beings are equally entitled, irrespective of creed, nationality, race, political opinions, color, social affinity, age, ethnicity,  religion or sex . The enjoyment of these rights is not absolute, and is subject to respecting the rights and freedoms of others and community rights and responsibilities put in place in a democratic setting to ensure public security, safety, order, morality, cohesion and peaceful coexistence. Above all, the foundations of the United Nations, the African Union and the Federal Republic of Nigeria are all laid upon Freedom, Equality and Justice. This is in accordance with the Charters of the UN and the AU as well as the Preamble of the Constitution of the Federal Republic of Nigeria 1999.

That is to say that there are (1) individual rights or civil liberties, (2) collective  or community rights, (3) social emancipation and cohesive rights and (4) environmental rights  and protection  duties. There are also citizens’ civic responsibilities; likewise government duties to the citizens. In the right to life, for instance, no government has a right to take away life of any citizen arbitrarily. This means that government can take away the life of any citizen provided it is in accordance with the law such as executing the sentence of a court of competent jurisdiction in matters involving capital punishment or in defense of rights of others like during violent disturbances or in armed conflicts (civilians exempted).

Origins Of Human Rights: God or Divinity-The first origin of Human Rights is commonly believed to have come from God as thus: (a) He created human beings in dignity and equality, (b) human beings so created were endowed with conscience, reason and self control above other animals and living things, (c) human beings so created were asked to love their neighbors and live in peace at all times. On the other hand, human beings, uncontrollably, are inherently beastly, wicked, domineering and selfish (Thomas Hobbes); not usually against themselves, but against their fellow human beings, which they  have extended to other living things and environment leading to gross rights and environmental abuses.

To earthly and humanly tame or control the above beastly manifestations in human beings,  the Social Contract was put in place by philosophical thinkers of the old. The Social Contract was inspired by the Holy Book’s instruction- do to others what you will want them do to you and refrain from doing to them what you will not do to them. The historical Social Contract is dated back to several centuries and became globally popular and recognized in 17th, 18th, 19th and 20th century ADs. It was particularly popularized by the great philosophical works of the trio of Thomas Hobbes (1588-1679), John Locke (1632-1704) and Jean Jacques Rousseau (1712-1778).

To Jean Jacques Rousseau, man was indeed born free, but everywhere in chains. For Thomas Hobbes, the happiness of man in a society has been gripped by fear of violent death in the hands of another. The two great philosophers favored a society in which the society and its people were sovereign and free leading to a community where a group of free individuals agree for the sake of their common (social contract) good and protection to form institutions to govern themselves. John Locke added more popularity to the greatness of Social Contract.

In his 1690 famous book called the Second Treatise of Civil Government, John Locke saw and called for a situation where a free, equal and independent people agreed to be governed in return for certain secure enjoyment for their individual rights, which the courts and police powers of a government can enforce leading to every free individual having a moral right to be protected from arbitrary interference by government or other individuals, of his or her sacred rights. These reinforce the legal philosophy of man’s equality in dignity and rights and inevitable justifications for their protection by a limited government.

Therefore, the first universality of Human Rights in modern time came from the great philosophical work of John Locke, from where the first President of the United States, Thomas Jefferson took his country’s independence declaration’s great speech of July 6, 1776. The most popular part of the speech is as follows: “We hold these truths to be self evident that all men (and women) are created equal and endowed with certain natural and inalienable rights, and most important being of life, liberty and the pursuit of happiness. And to protect these rights, men set up government whose authority rests on their consent. And whenever a government ceases to do what it has been set up for, its citizens have a right to change it or its order and put in place a new government or a new order that will provide for their safety and happiness”.

From the foregoing, therefore, Human Rights originated from three main sources (God or divinity, legal and political philosophies and US Independence Declaration/United Nations). In other words, Human Rights were created by God and earthly promoted and expanded by great thinkable philosophers like Jean Rousseau, Thomas Hobbes and John Locke in the form of Social Contract; and popularized and codified by the American Independence Declaration/Constitution of 1776 and the United Nations. Also modern day democratic and limited government originated simultaneously with human rights from the Social Contract, just the same way social vices gave birth to crime leading to formation of its control entities like courts and policing bodies. In this respect, limited and democratic government is a caretaker body put in place by the Social Contract for defense, promotion and protection of Human Rights and good governance.

International, Regional & Local Human Rights Instruments: The mother-general of the global Human Rights instruments is called the Universal Declaration of Human Rights (UDHR), which was proclaimed by the United Nations on 10th December 1948. The UDHR contained 30 Articles covering the Four Generations of Human Rights highlighted above. The UDHR is morally binding on all 193 member-States of the UN and other authorities and persons around the world.

Other important human rights instruments of international background are International Covenants on Civil & Political Rights and Economic, Social & Cultural Rights; enacted in 1966 and opened for ratification in 1976. Nigeria ratified them in 1993. They are legally binding on all authorities and persons around the world.  There are hundreds of other internationally, regionally and locally recognized human rights instruments owing to the fact that all human rights are indivisible, indissoluble and inter-related, i.e. no human rights can be enjoyed fully in the absence of the other (i.e. right to life cannot do without rights to food, rest and leisure). Regionally, there is an important regional human rights declaration called “the African Charter on Human & Peoples Rights”; enacted by the African Heads of States and Government in Nairobi, Kenya in 1981. Nigeria ratified and domesticated it in 1983. There are also the UN Conventions against Torture and Gender (Women) Discrimination as well as the Convention on the Rights of the Child and the Convention on the Rights of the Indigenous Peoples, to mention but few.

The ouster clause in the said Chapter Two, which  can be found in paragraph c of subsection 6 of Section 6 of the Constitution, clearly states as follows: “the judicial powers vested in accordance with the foregoing provisions of this section, shall not , except as otherwise provided by the Constitution, extend to any issue or question as to whether any act or omission by any authority or person or as to whether any law or judicial decision is in conformity with the Fundamental Objectives & Directive Principles of State Policy, set out in Chapter Two of this Constitution”. By this, no judicial action can successfully be brought against any authority or person holding executive, judicial or legislative office in Nigeria with respect to any act or omission associated with the country’s version of the Social Contract contained in the Chapter Two of the Constitution under the Fundamental Objectives & Directive Principles of State Policy.

By Section 13 of the Constitution under the Fundamental Objectives & Directive Principles of State Policy, “it shall be the duty of all organs of government, and all authorities and persons, exercising legislative, executive or  judicial powers in Nigeria, to conform to, observe and apply the provisions of this chapter of the Constitution (Chapter Two)”. By Section 14 (2) (a), “it is hereby, accordingly, declared that sovereignty belongs to the people of Nigeria from whom government through this Constitution derives all its powers and authority”. By its subsection 2 (b), “the security and welfare of the people of Nigeria shall be the primary purpose of government”; and by its subsection 2 (c), “the participation by the people in their government shall be ensured, in accordance with the provisions of this Constitution”.

Finally, we call upon all authorities and persons, exercising executive, judicial and legislative powers at Nigeria’s three tiers of Federal, State and Local Government levels to ensure fulfillment at all times of sacred obligations demanded of them by the hallowed Social Contract and the Constitution. On the other hand, the citizens, particularly the attentive segment (i.e. mass media and rights based CSOs), must at all times hold the government to account, in accordance with Sections 22 (governance oversight roles of the mass media) and 39 (right to freedom of expression & press) of the Constitution, and relentlessly educate other members of the public particularly the un-attentive segment, on the importance of public moderation at all times of civil governance as well as strict adherent to the Constitution in general societal conducts.