Article: Confronting The Predicament Of The Ummah 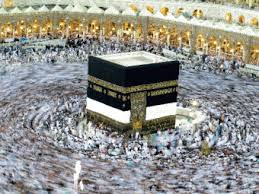 In the name of Allah who states “Whatever misfortune happens to you, is because of the things your hands have wrought, and for many of them He grants forgiveness” Q26:31. May the peace and blessings of Allah be upon His chosen servant, our master Muhammad and his purified progeny.


As I have hinted last week, the Beirut summit was recently concluded. The  piece of this week is meant to highlight and pinpoint the lessons of the conference for the Ummah's benefits. The 2 - day conference was principally shouldered by Hizbullah, the famous Iran - backed resistance organisation of Lebanon in collaboration with Tajammu'ul Ulama or the scholars forum in the country. Sheikh Ibraheem Zakzaky in company of Sheikh Muhammad Turi and Professor Dahiru Yahya attended from Nigeria.

Participants to the conference were drawn from Islamic scholars, thinkers and educationists from 54 countries. Interestingly, Christians were also invited as the prevailing issues were International and all are expected to play their role for peaceful coexistence and global stability.

Invasion of Palestine by the illegally created state was the centre point of the conference. As such, the participants discussed ways and roles towards its liberation. Thus, the relevance and influence of the International Quds day were analysed. In addition to that, the conference has studied the conspiracies of the enemies bedeviling the Muslim world with terrorist activities despite numeric strength and enormous resources.

To promote the much needed unity of the Ummah, and regardless of the Shi'ah scholars and thinkers in participation, the Hizbullah honourably surrendered the leadership and conduct of the conference to Sunni brothers running the Tajammuu under the ardent scholar, Sheikh Mahir.

The participants have curiously discussed the predicament of the Ummah in a multi - faceted direction. Some scholars from the invaded Palestine were connected to the conference via Skype where they shared experiences on the plight of Palestinians as stakeholders with the conference.
The summit tagged International conference for international unions of resistance scholars was also addressed by the Secretary - General of Hizbullah, Sayyid Hasan Nasrallah via the same technology on the subject. The leader said "Muslims won't abandon Palestine noting that his organisation and Iran support all  resistance flags regardless of sectarian belongings. There is no rightful and legitimate cause like al - Quds and countering the Zionist enemy" he maintained.

Lebanon is an Arab country with significant Muslim/Christian population and other minorities that experienced series of religious/sectarian crises before they resolved to become their brothers’ keepers. Even among the Muslims there are Shi'ah, Sunna and Druze. The Christians have also several denominations. They finally understood and accommodated their differences thereby appreciating each other.

Nigeria with its diverse nature suffers unending ethno - religious crises.  We therefore have many lessons to learn from its peaceful coexistence. To summarize the important lessons highlighted the conference;

Unity:
The significance of unity in this Ummah cannot be overemphasized. Late Imam Khomeini and Sheikh Ahmad Shaltut have played significant role  in this direction. Ruhullah maintained, those sowing discord along the Sunnah/Shi’a are neither Ahlus - sunnah nor Shiites!

Late Shaltut, the great Egyptian Muslim authority is remembered for his verdict in favor of approximation and rapprochement. Born of a family of letters, the sheikh was a rector and chancellor of Al - Azhar University in 1383 H. He defined Islamic brotherhood as religious relations that links Muslims’ hearts and makes them a single family. A Muslim is pleased when another Muslim is happy and is grief - stricken when another Muslim is sad. When a Muslim goes astray, other Muslims guide him. In short Muslims treat their brothers in faith as they desire to be treated.

The famous verdict reads “Islam does not oblige any of its followers to obey a certain religious school. Every Muslim can follow any of the religious schools, which have been handed down without distortion and the ordinances of which have been recorded in their unique texts. Any follower of any of the four common Sunni schools can convert to any other school. The Ja’fari school, also known as the Twelver school, is one of the schools following of which is permitted in religious laws just like the following of the Sunni schools. All Muslims are, therefore, advised to admit this truth and to refrain from undue fanaticism and from unjustified prejudices about other religious schools. This is because the Shari’ah and the religion of Allah are neither dependent on nor unique to any specific school”

The prominent words of Dr. Muhammad al - Dusuqi, a professor in Qatari University also remarked “approximation in the schools of thought is, in principle an attempt to break the vehemence of party spirit and unite the words of the Ummah on the principles of its doctrine and the basic of its religion”

Issues of transfer from one school of thought or jurisprudence to another are easily traced in our history books like the famous “Irshadul Ummah Ila Tayseeril Millah” by Shaikh Usman bin Fodio.

At the same time, Allah has strongly warned on the dangers of disunity citing example with close ties and allegiance of the non-believers “The Unbelievers are protectors, One of another; Unless ye do this, (protect each other), There would be Tumult and oppression On earth, and great mischief"  Q8:73

Obviously, there are lots of differences between the unbelievers but they have a common interest. A good example is the long standing America - Israeli relations as governments in which the former consistently stand by the latter including the use of its veto power in extreme situations.

There are many lessons for Muslims here "Be not  like those who are divided amongst themselves and fall into disputations after receiving clear signs; for them is a clear chastisement” Q3:105

Working in the interest of the Ummah must be given priority provided we need to change its deplorable situation. And the change must start from ourselves “… verily, never will Allah change the condition of a people until they change it themselves with their own souls …”Q13:11

Therefore, our glory and solution lie in our solid unity and strict adherence to the teachings of the noble Qur’an as clearly demonstrated by the noble prophet “a Muslim is he from whose tongue and hands Muslims are safe, and an emigrant is one who forsakes what Allah Has forbidden”. Allah repeatedly states “And hold fast, all together, by the rope which Allah (stretches out for you), and be not divided among yourselves” Q3:103

So the Sunnis should embrace their Shiite brothers in the interest of Islam because as against the Western relation with those handling the affairs of the Muslim countries which is a marriage of convenience the Shi'ah /Sunna  is perpetually religious. "The believers are but brethren, therefore make peace between your brethren and be careful of (your duty to) Allah that mercy may be had on you" Q49:10

Awakening Campaign:
No doubt, Muslim world has been strategically thrown into apparently unending crises from within and outside. Look at Syria, Iraq, Palestine, Algeria, Afghanistan, Libya, Pakistan, Morocco, Somalia, Nigeria, Myanmar, Niger and Yemen among others.

Therefore, there is need for a rigorous enlightenment campaign against the enemies propaganda. The greatest challenge facing the Ummahis the Takfiri movement which is a global conspiracy sponsored to blackmail Islam and massacre Muslims. The Takfirists are no doubt, working in the interest of enemies of Allah whether they accept it or not. And we will continue to pray to Allah the most high to bring an end to their devilish acts!

A relevant example here is the unfortunate Saudi - led, American - backed  strikes against Yemen which has taken a number of months claiming thousands of innocent lives and destruction worth billions of dollar!

Rallies were organised to condemn the strikes on the poorest and helpless Arab nation in the Middle - east by the richest. Starting from Central London, Geneva to Indonesia, the rallies were either initiated or influenced by the London - based Islamic human rights commission (IHRC). The Islamic movement in Nigeria has organised similar events in Zaria and Kano. The rationale behind the campaign was to express solidarity with Yemen as a sovereign nation for aggression against its honor and to create public awareness on the urgent need for justice to reign not in the Middle - east but the world in general.

The enemies of Islam propagate propaganda linking this state sponsored oppression to Shi'ah/Sunnah. They accuse Iran which is part of the region of supporting Houthi which it always denied.  At the same time, the Western powers above all America mingle with their popular allies especially Saudi - Arabia trading their dangerous weapons in the name of peace keeping!

Keeping To The Track Of The Righteous:
A very important point is worth conclusion here. This could be termed as the  Mahdi reform project as discussed in the piece of obligation awaiting arrival of the last deliverer of mankind.
The Imam will reappear to destroy tyrants and deliver humanity. His advent is not to shed blood but to protect lives, promote the religion and work towards global reform and establishment of an upright and just authority for the good of mankind.  Enjoining what is right and forbidding wrong in all human endeavors - political, social and economic - is very much in line with this project to which we are all obliged to. In fact, the Imam will not reappear until he got enough helpers for the execution of his mission.

Apart from the main conference, the participants were taken on tour of some tourist sites.  They include the ancient prison used by the colonialists, some museums and Mleeta, a famous historical site where the Zionist military facilities were forcefully driven through incredible strategies and great sacrifice of the vanguards of Islam.

(Abdullahi is a member of the Islamic Movement in Nigeria,
Posted by PublicInformationProjects at 14:12