Article: If Nigerians Must Exalt “Honourable” And “Distinguished” 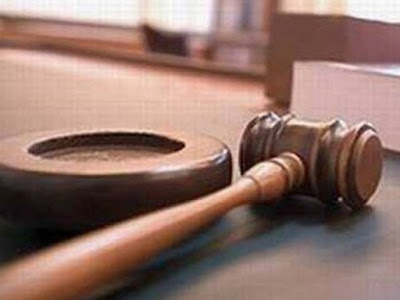 Once upon a time came a select group of visitors to the animal kingdom and the euphoria went wide among the residents that none ever bothered to establish the background and orientation of the visitors. Though, the assumption within the kingdom is that these men/women appearing in free- flowing buba and Designers  suit must represent a breed sought after, and with the requisite skills that none ever tried to disparage them.


This  seems to be a case time have shown as some animal came to recognize the inherent dangers with sources of supply  threatened by the desire of the visitors towards unbridled acquisition.

The inception of democratic era in 1999 was heralded with gunfire as celebration went high heavens because it is no longer going to assume hushed tone discussion on the premise of one Decree or the other, and the khaki men separated from the platform allowing for daily instructions and Commands. Indeed, we heaped the remotest of our challenges on the alter of men/women who were never schooled in the art of governance but should be on stand-by against intrusion from outside.  To great many, the ‘Sophisticated’ men and women were to mount the saddle towards the yesterday mess.

Interestingly, some persons reminded us never to jump to conclusions that our assumed mountains would give way easily as often constructed in some Faith-House. According to the Advocates of ‘Siddon-look’ the very persons we celebrate were men and women who dug the grave of many with the forceful Occupiers’ of  our Nigeria House.

In the situation, we were reminded that the Legislature as holding the icing on our national cake having come from various constituencies and familiar with the challenges of the grassroots.  The ensuing belief made us tolerate every action of the Legislature as coming from the very worst hit group else how best to explain their being shot-out of existence these years. So, our vocabulary box harassed us with words like nascent, learning-process and others

We never sought to know more and the effects were building a habit of ‘excuses’ and numerous impeachments within the Legislature, and the Executives often towards satisfying the desire of a few. It got to point of alleged Cash for budget saga that encourages Ministries, Departments and Agencies (MDA) to oiling the palms of the Legislature to get higher budgets as if the job of Law making and oversights were never inclusive in the schedule of a Legislator. Presently, some have pointed out the nature of oversight function among our Legislators programmed to arm-twist Chief Executives of Establishments to submission. One may draw from Ms Aruma Oteh’s tale at the Security and Exchange Commission (SEC) climaxing with zero appropriations to SEC. I was rather miffed when a Speaker during a training Programme states that most Tetfund projects across the nation’s tertiary Institutions were done by the Legislators directly or through proxies. So, being in the Legislative Chamber is rather a Platform to advance ones business interest up and above bothers making for some Businessmen/women towards seeking elections. The issue of Constituency funds can still be debated as conflicting signals emanate on who gets what, and who executes but the Legislators can not be completely exonerated as accusing fingers point at the secrecy in the choice and implementation of projects.

On another hand, some Professionals have continued to question the Legislator competencies in preparation of budgets but upon a second look one could notice often the enthronement of men and women who may not have gathered wide experience from the critical sectors of the economy but called to Chair Strategic Committee. Often times, these men for their love of patronage would jettison recruitment of quality support- staff for Mediocre and the result is the hollow in our budgetary framework and other Legislative business. Why did it take Senator Enyinnaya Abaribe these years only to inform us during his recent lecture at the University of Benin that the appropriation of N1.3 billion for software and others for the office of Secretary to Federal Government and these items repeated found there ways for the past three years budget.

Interestingly, we have continued to witness a new dimension to Nigeria Legislative business as it turns a place to display ones mastery of Taekwndo, Wrestling and boxing else why insult the sensibilities of Nigeria and the global Community with numerous fights in the assumed Hallowed Chamber? When the Benue State House of Assembly, and the House of Representatives erupted recently over issues that could best be handled internally, I got frozen on what to tell my little Children who were glued to the television watching this shame.

Now, the issue of alleged Senate Rule forgery  stares us as the nation’s Police is yet to come-up with their findings but one wonders why such issues should ever be said in the House of assumed Honourables and Distinguished. Imagine the very men and women maintained annually with N150 billion to be accused of unwholesome issues like forgery, graft in a nation where some contend with meager salaries.

As much as one stretches this piece, the recurring factor remains that Honourable and Distinguish stand on the alter of Character and values. A man or woman who finds space in the Legislative House through Electoral Malpractices has sold his stew of integrity and need not request for same It is same with any man or woman whose bargain is in changing figures or arm twisting heads of Establishments for cash while negating value addition in real Legislative business.

Indeed, it is our desire to build a roboust nation where prosperity reigns,  and Economic opportunities becomes more inclusive. This should be the Change we desire and I do hope that the proponents of Change Mantra serve as our advocates and eagle eyes in the various Legislative Houses

(Nnamdi, A Journalist And National Commentator Writes From Owerri. He can be reached on: ndogwazu@gmail.com, 2348038224575)
Posted by PublicInformationProjects at 21:48